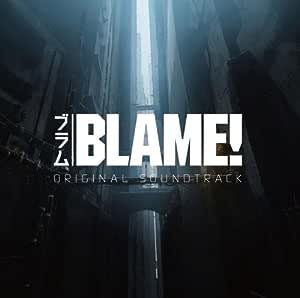 Kaltz who has no restraint
5つ星のうち5.0 劇場版「BLAME!」オリジナルサウンドトラック
2020年10月29日にアメリカ合衆国でレビュー済み
Amazonで購入
This soundtrack is for the 2017 BLAME! movie adaptation that is still viewable on Netflix. Tsutomu Nihei-sensei is a very atmospheric style manga-ka, and he loves his huge skyscrapers and bizarre architecture on the grandest scale. In turn, Yugo Kanno has fully encompassed both the atmosphere that comes with the vastness of the NetSphere world, as well as the tension of fighting nearly impossible odds presented by Sanakan and the safeguard. I listen to the albums while at work, and it's usually very meditative, aside from some tracks which give me an immediate alarm response ahaha.

I highly recommend watching this adaptation, and reading the original manga. Toha Heavy Industries* recently rereleased it in master volumes so it's a little easier to find now. [*Vertical Comics]

CDepot had it shipped sooner than expected, and it arrived in a nice sealed sleeve, all in one piece. Recommend. Might scuttle from my floor and go take a gander at the physical store.