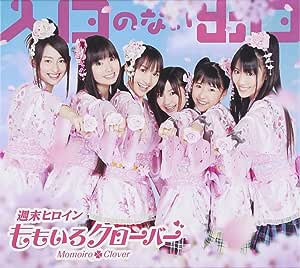 1. The price - The price is WAY to much for what you get, and all these japanese albums seems to be so expensive, it's really frustrating!
I don't feel like paying 40 bucks for a CD and then maybe get custom fees on it since it almost seems to happen every time when I order something from Japan. If you can, try to get the albums you want from some other place like the US, UK or Germany for example.

2. The bonus content connected to the price - The bonus content here are a DVD with two videos. Did I pay that much more money for just that when I could have gotten the regular edition for much less? The booklet was pretty nice though with lots of pages with photos, so maybe that's not on the regular version?
I'm okay with features like videos and such, but would it have killed them to put together something more for this price?

3. Different covers - Why do the japanese bands insists on releasing as many version of a CD they possibly can with different covers for all of them?
They probably do it so that people would want to buy them all, and if people (in my opinion) are stupid enough to do that, then so be it.
Sorry for calling you stupid, it's perfectly okay to want different versions of a CD and I once use to buy different versions myself, but it's what they want us to do. They want to suck out as much of our money as possible with small things like changing the covers around a little and so on.
AKB48 does the same thing, they release an album and then they call one version A, which contains a bonus CD stacked with new songs. Then they release a B version with a bonus CD, containing the exact amount of new songs but they are all different, so if you want all the new songs you have to buy the new album like two or three times for very high prices!
And on top of that, they release a theater version of the CD as well, with only the main songs on the regular disc but also sometimes missing a few. So it's either pick your poison, or spend tons of money and get them all.

Back to the album.. I really hate that this CD for example has three different cover pictures. Three different covers!
One for the regular version, one for the DVD bonus and one slightly different for the Blu Ray version. What's the point?
I got the DVD version since I don't like Blu Ray and don't have a Blu Ray player, but the cover for the BR version is better in my opinion and is probably less blurry than the DVD cover version is. Did I not have the right to get a nice cover for my purchase just because I prefer DVD?
It's laughable XD

Anyway, don't take all these complaints too serious because I'm nitpicking. The CD contains a lot of goodies for Momoiro fans, but if you are new to them I would suggest to get the American releases of their two albums Battle And Romance and 5th Dimension, since they are great albums and don't cost much!
続きを読む
1人のお客様がこれが役に立ったと考えています
違反を報告
レビュー を日本語に翻訳する