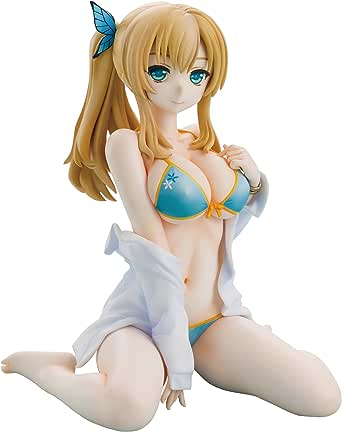 Amazon Customer
5つ星のうち5.0 Excellent!
2017年5月9日にアメリカ合衆国でレビュー済み
Amazonで購入
This is an exceptional product! This is the second figure I have ordered from Japan and both arrived nearly a month early. This figure is highly detailed and made of a nice, tough plastic. The choice of two different faces is very nice, and it's easy to change the two out at will. That being said, it's not obvious where the pieces come apart unless you're looking for it, which is nice as it doesn't mar the looks of the figure.

Now, the inevitable downsides: I can't figure out how to get the shirt on. It's quite stiff, and while I'm sure it would fit snugly and look good on, I'm hesitant to bend it as much as it would seem to need to get on. Maybe I'm being overprotective, but still. It's far from a deal breaker though; it looks quite good off too! And the height, the product page has it listed as a 15cm product, which is roughly 5.9 inches, but as you can see in the photos, it's only about 4.5 inches high. Misleading info on the page I think, but I'm forgiving.

So, in a nutshell, this is a fine product and makes a good addition to my collection. With the removable shirt, two different faces, and a mirrored base to sit on, this is a very customizable figure. However, the shirt's hard to work with, and it's shorter than you may be led to believe. All in all, I regret nothing and plan to continue my collection in the future, and would happily do business with these sellers again!

(Sorry for the sideways photos, my camera keeps doing that for some reason.)

UPDATE: I've now figured out how to get the shirt on. As I suspected, it takes a fair amount of bending, but the best way (that I found) to get it on is to start at the bottom. Work both sleeves over her hips first, then with a bit of twisting and bending the shirt should slip on nice and proper. Just press it into place where it's needed and enjoy! Just don't expect to be removing and replacing it frequently.
続きを読む