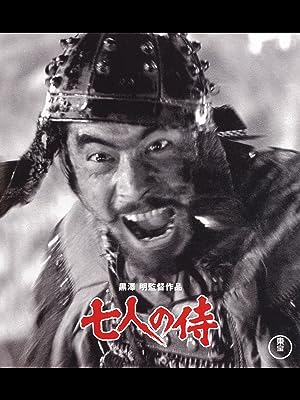 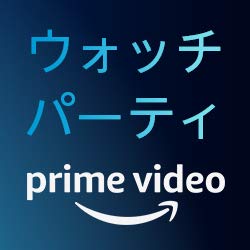 Paul S. Hyett
5つ星のうち5.0 Simply one of the greatest film ever made...
2019年1月14日に英国でレビュー済み
Amazonで購入
... it states on the case and in my opinion you get what it says on the case!
The film is as old as I am!! I have seen a number of versions over the years, the major difference being the length of the film. The original is very long as it spends a great amount of footage on the first Samurai's funeral. This Blu-Ray version, at 207 minutes, is probably the longest anyone will now see on disk. Whether the original film and the full footage still exists I do not know.
When you realise that the greatest western "The Magnificent Seven" is based on this film, and other westerns and the StarWars trilogy are based on other Kurosawa films, you have to see them all to enjoy the artistry of this director.
"The Seven Samurai" is the pinnacle of Kurosawa's work
続きを読む
13人のお客様がこれが役に立ったと考えています
違反を報告
レビュー を日本語に翻訳する

Peter Williams
5つ星のうち5.0 Everyone should see this at least once in their life!
2015年5月8日に英国でレビュー済み
Amazonで購入
This film is a must have and no collection is complete without it. Famously recreated by Hollywood as The Magnificent Seven, this Japanese original still stands head and shoulders above any other remake or interpretation. There are no modern superhuman skills displayed here (as is usual in modern martial arts films eg flying fight scenes, as in Crouching Tiger or swordsmen moving at lighting speed, as in Hero). The seven samurai in this film are experienced fighters who are hired in an attempt to defend a peasant village against marauding bandits. The fighting skills displayed are, like the fight scenes, realistic and the final confrontation, which takes place during a torrential downpour, is mind boggling.
This is a black and white film, in Japanese with English subtitles. The quality isn't particularly brilliant but this has to be expected considering it was made in 1954. But don't be put off by any of this - you will be drawn into it and, like any great film, you will want more, even though it is 190 minutes in length. Do not expect blood spurting everywhere with guts hanging out and limbs being lopped off wherever possible - great character building, amusing incidents that will make you smile, shocking and sad moments, excellent fight scenes and realism are the order of the day. Watch out for Toshiro Mifune turning up to enlist - I laughed out loud (and still laugh whenever I remember it)
I suggest you watch this as a late night movie - it's great!
続きを読む
18人のお客様がこれが役に立ったと考えています
違反を報告
レビュー を日本語に翻訳する

George Wells
5つ星のうち5.0 SUPERB Seven Samurai
2019年9月25日に英国でレビュー済み
Amazonで購入
I remember watching this on BBC in the early 1960s I must have been about 11 years old ! I was impressed with it then ,thought about it over the years and after reading the reviews I decided to get it on Blue Ray . The verdict ? It's better than I remember and at the age of 69 I can appreciate it better.It is a remarkable film ,it should be on everyones "To Watch List". Definitely one of the best films of all time !
続きを読む
5人のお客様がこれが役に立ったと考えています
違反を報告
レビュー を日本語に翻訳する

Stuart Brown
5つ星のうち5.0 Arrived a day early and so outstanding words can't give it justice!
2020年3月29日に英国でレビュー済み
Amazonで購入
This movie is so good I can't put into words. I have wanted to see thins since hearing about it and now I own the blu ray I an gobsmacked how good this is!!!!!
The movie running time is JUST under 3 and a half hours, it comes with several special features and a book inside the case. The quality, even in B&W, is flawless and sounds just as good as the immaculate picture quality.
About a dozen or more movies are either based on this or have inspired the writer / director to make a movie which includes Star Wars and the Magnificent 7.
If you love movies like I do or want to watch a classic that inspired a generation of other movies or ant to forget about the trouble in the world at the moment (Covid 19 or Coronavirus) then you must buy this movie. It is a classic that HAS to be seen to be belied hoe amazing it actually is!!!!
続きを読む
違反を報告
レビュー を日本語に翻訳する

Mr. John D. Castle
5つ星のうち5.0 Classic
2017年8月3日に英国でレビュー済み
Amazonで購入
This is a classic film I watched may years ago but prompted by my recent trip to Japan I decided to purchase this disc. Never get tired of watching good movies and this is one of the best. A typical Japanese movie where there is always a moral to the story, I watch quite a few Japanese films and find them to have a stronger story line than the average Hollywood movie.
If you don't mind the sub titles I highly recommend and the re-mastering makes it even more enjoyable.
続きを読む
5人のお客様がこれが役に立ったと考えています
違反を報告
レビュー を日本語に翻訳する
すべてのレビューを参照します
トップへ戻る
Amazonについて
Amazonでビジネス
Amazonでのお支払い
ヘルプ＆ガイド
日本語ショッピングのための言語を選択します。 日本ショッピングのための国/地域を選択します。
© 1996-2020, Amazon.com, Inc. or its affiliates