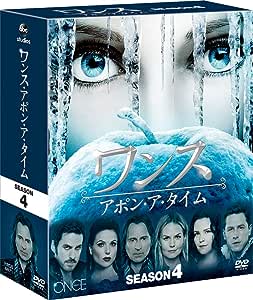 Allan Kinnaird
5つ星のうち4.0 Great show, Blu-Ray disappoints
2019年2月26日に英国でレビュー済み
Amazonで購入
Amazon eventually got round to providing separate review channels for products and suppliers. (Great, although the system is still misunderstood and misused by many!) It's now clear that Amazon needs to provide finer grained reviewing options where products are available in several different versions. So, apart from their appreciation of the contents of a book, the customer's experience of that book may be totally different, depending on whether the customer bought a paperback or Kindle version of the book. Similarly with video you get one experience with DVD and another with Blu-Ray - look at the differences between the two formats on, say, Star Wars: A New Hope, in colour saturation, definition... just keep on going.
So where am I going with this? For writing, presentation, acting, everything else relating to the programme content as it stands on its own, I want to give it four or five stars.
My problem? The publishers of the Blu-Ray version have seen fit to deprive us Blu-Ray users of the "SeasonPlay" facility provided in earlier seasons of Once Upon a Time, whereby we could resume play where we left off, even if we removed a disc from the player, and have multiple (family!) watchers viewing at different stages in the season under their own control.. This is not just a disappointing irritation, it's a commercial kick-in-the-teeth.
I have no data to back this up, but my gut feel as a viewer is that any lack of take-up of the Blu-Ray format as against standard DVD is simply the loss of the "Resume Play" function.
With DVDs, you can watch them, stop them, have a cup of tea or go off to your daughter's football match, come back and switch on again - gosh! they continue from where you left off.
With Blu-Ray, unless a facility like SeasonPlay has been written into the disc software, you watch your disc, Aunt Emily rings to see how you are; or the Vicar drops in to check on your welfare (yeah, well, I'm just dreaming up long interruptions here!). You have to pause the play while you get shot of your irritating visitor. Guess what? Your Blu-Ray player has a twenty-minute timeout on pause before switching off, and Aunt Emily/the Vicar spends thirty seconds on the doorstep saying goodbye, after a twenty-minute visit before you can get them out the door - Oh dear! Your Blu-Ray player just turned itself off, and you've got to go hunting for where you were in a three(ish)hour maze.
I reiterate - I believe that any lack of take-up of the Blu-Ray format against standard DVD is largely due to the catastrophic design decision not to include a natural "Resume Play" facility as part of the Blu-Ray specification.
So, five stars for content, probably five stars for DVD execution, and three stars for Blu-Ray execution.
And again, I wish Amazon would allow me to distinguish these.

Dan01
5つ星のうち5.0 Blu Ray
2018年9月20日に英国でレビュー済み
Amazonで購入
Thankyou, my copy of Once upon a time season 4, arrived very quickly, in perfect condition, and I enjoyed it just as much as the 1st three seasons.
続きを読む
違反を報告
レビュー を日本語に翻訳する

mr ts moss
5つ星のうち5.0 Addictive viewing!
2017年4月27日に英国でレビュー済み
Amazonで購入
My 12 year old granddaughter loves the "Once Upon A Time" series of films....... The first one being a Christmas gift..... she can't wait to receive the Season 5 which no doubt, me being the doting grandma, will get it for her!
続きを読む
違反を報告
レビュー を日本語に翻訳する