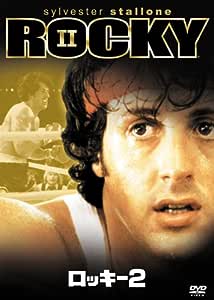 Miss Money Pennies
5つ星のうち5.0 You Rock ! Rocky !
2016年11月30日に英国でレビュー済み
Amazonで購入
Rocky II, the sequel to Rocky, is a feel-good, "winning against the odds", all American movie which you will want to watch again and again.
Sylvester Stallone plays Rocky Balboa, a previously unknown boxer and debt collector for a loan shark, living in a run down part of Philadelphia, who was chosen by the reigning world title boxing champion as a publicity stunt in the first film.
Leaving that shady world behind, he is now living with Adrian, a local Catholic girl, has money in his pocket from his winnings and looks to retire and make money by doing commercials but his reading skills are not good enough and together with a low level criminal record, he has to find manual work in the local meat plant but union rules and cut-backs mean he is soon out of work with his now pregnant wife to support.
A re-match with his famous opponent, Apollo Creed is his only option and he must overcome physical injuries to prepare for the ring once more.
The most romantic film in the series with plenty of drama and emotions running high, "Love Story" with Boxing Gloves.

sh
5つ星のうち5.0 Next to Rocky 4.
2018年11月15日に英国でレビュー済み
Amazonで購入
Although it is spoiled, I bought it for listening to the word "winning" which is the name scene of Rocky 2, but it was worth it.
続きを読む
違反を報告
レビュー を日本語に翻訳する