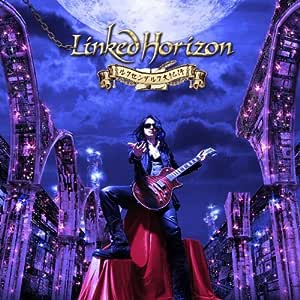 Ronald
5つ星のうち4.0 Fantastic, but somewhat incomplete
2018年2月28日にアメリカ合衆国でレビュー済み
Amazonで購入
This is a phenomenal album. Linked Horizon brought so much spirit to Bravely Default in the soundtrack alone, and the vocal versions of some of these songs somehow manage to bring even more.
The only downside is that there were some songs missing from this album I was expecting to be present after having listened to the live concert:
The extended version of the battle theme, "Conflict's Chime/The Gongs of Battle," is not on this version, but is instead replaced by an 8-bit battle theme medley. While it's certainly good, it's odd it replaced the extended battle theme, rather than being included alongside it.
A final boss medley is missing as well, though I'm not terribly surprised by this. It's likely concert exclusive.
Most disappointingly absent is the vocal version of the asterisk boss theme, "That Person's Name Is." While the character themes are what I was looking forward to the most from this album, (all of which are fortunately present) this song was a very close runner up for what I was expecting. So it was very disheartening to not have it here.

Despite these missing tracks, it's still an amazing album, and for anyone who loved the music of Bravely Default, or just enjoys upbeat, catchy, hardrocking songs, this is a must-have.
続きを読む
1人のお客様がこれが役に立ったと考えています
違反を報告
レビュー を日本語に翻訳する

NintendoFanGirl
5つ星のうち5.0 Amazing album, a must-have for Bravely Default fans
2016年3月1日にアメリカ合衆国でレビュー済み
Amazonで購入
This album is a MUST-HAVE for fans of the Bravely Default soundtrack. Contains lots of compilation music and extended songs, all with vocalized tracks that are downright gorgeous. I could listen to this forever. The added bonus is the 16-bit version added as the last track. Can't find this floating around the internet any more to play - if you're interested in the vocalized Bravely Default songs, this is the way to get them.
続きを読む
1人のお客様がこれが役に立ったと考えています
違反を報告
レビュー を日本語に翻訳する

Elizabeth Quayle
5つ星のうち5.0 Amazing songs!
2016年3月1日にアメリカ合衆国でレビュー済み
Amazonで購入
I received in the mail the day it shipped. If you're a Bravely Default fan or Linked Horizon fan, this IS a must-have! Amazing songs!
続きを読む
違反を報告
レビュー を日本語に翻訳する