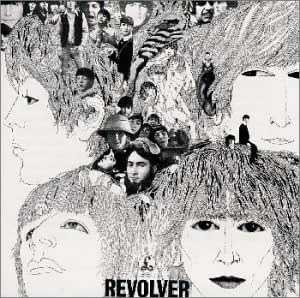 Mr. S. Mitchell
5つ星のうち5.0 Quality Control issues, please read.
2018年9月11日に英国でレビュー済み
Amazonで購入
Let me make this entirely clear, this album is exceptional and quite easily ranks in the top 5 albums of all time. I am therefore not writing a review on the album, as there is probably little to be said that hasn’t already been covered.
Owning the 1988 and remastered cd’s along with the 2012 vinyl release, I decided to purchase the mono album to complete my collection.
Having heard so many good things regarding the quality of this release, from the packing, the vinyl itself and the opportunity to listen to the mono mix the Beatles intended you to hear, I was very excited.
I was therefore appalled to receive not only one copy of the aforementioned, but also a replacement that was riddled with both hairline scratches and scuffs over the entire surface area on both sides of the record. Not only was this a visual negative, because sonically they are also compromised with loud surface noise and crackles and pops that give the impression you are listening to a record over an open fire!
Having returned the first copy for an exchange, I am contemplating just getting a refund on the second copy as I cannot be bothered going through the exchange/refund process for a third time.
Please be wary when thinking of buying this album in mono as it would appear that a bad batch has made its way to Amazons Warehouse....
続きを読む
25人のお客様がこれが役に立ったと考えています
違反を報告
レビュー を日本語に翻訳する

Derek Thorburn
5つ星のうち5.0 Completely Blown Away By This Excellent Album
2017年1月21日に英国でレビュー済み
Amazonで購入
I first bought this album in 1981 on vinyl, but due to shortage of room a later date, my Beatles albums had to go. However, living in a bungalow where there's plenty of storage space, I decided last year to buy their original albums on CD and I don't regret my decision one bit.

At the time I had this album my hifi system wasn't the best - just a simple music centre, but with the set-up I've got now, I was just blown away when I heard it as an auto rip (the CD's on is way at the time of writing this) and every track was excellent. It's only fair to comment that I'd forgotten just how good the album is. The stereo was excellent and I've never heard such clarity, but it was when I reached Tomorrow Never Knows that I really got the stereo effects. So many others have gone through the tracks, so I won't step on others' shoes, but stand-outs for me had to be Here, There and Everywhere, For No One, Eleanor Rigby, Good Day Sunshine and Tomorrow Never Knows. This leap forward into a completely new world of music by these lads is so much to their credit when you consider that two years ago, they were writing and singing songs which were of the boy meets girl, girl wrongs boy and boy wrongs girl type. It's an album that no one who wants to launch into their original albums should be complete without and if I've had this experience from the auto rip, I'm really looking forward to hearing the CD.
続きを読む
6人のお客様がこれが役に立ったと考えています
違反を報告
レビュー を日本語に翻訳する

For Tomorrow
5つ星のうち5.0 Psychedelic Masterpiece
2015年9月14日に英国でレビュー済み
Amazonで購入
Many fans believe 'Revolver' to be The Beatles' finest album, and it's easy to understand why, this is a masterpiece. My personal favourite will always be 'Rubber Soul', which was released the previous year, but their seventh LP, issued in 1966, does come a very close second. Very rarely would I describe an album as 'flawless', but here I must make one of those exceptions, this experimental record contains 14 brilliant tracks which still shine very brightly.

With 'Revolver', the Fabs made an impressive LP which deals with all kinds of mixed human emotions, including love, hate, depression, loneliness, laziness, and happiness, and as a result, the songs remain highly relatable. This is an electric mix, which truly reveals the breath of song writing talent that these four men now had, and how they were able to incorporate them in an array of different styles.

Personal favourites of mine include the outstanding ballad 'Here, There and Everywhere', the haunting orchestral brilliance of 'Eleanor Rigby', about the final days leading up to the death of lonely spinster, the bouncy and irresistible 'Good Day, Sunshine', and the lovely little gem 'For No One', all delivered by Paul Mcartney. Other standouts are the melodic 'And Your Bird Can Sing', and 'Tomorrow Never Knows', a magnificent experimental closer and largely considered to be one of the greatest songs of its time. Both of these have Ringo on vocal, as well as the children's sing-along hit 'Yellow Submarine', possibly the best known track on the album, and even this fits in quiet nicely with the rest of the material.

'Revolver' is a timeless psychedelic album, and is as fresh as it is classic. Although The Beatles continued to record great albums after 'Revolver', very rarely did they manage to fully repeat the sheer creativity and melody that is so evident on this one.

Wendy Williams
5つ星のうち5.0 Going back to vinyl, i'm trippin'.
2019年3月14日に英国でレビュー済み
Amazonで購入
I have loved The Beatles since I was young, although they had dis-banded when I got into them.

I do like the heavier vinyl, feels like a 78. It's also nice to have a brand new vinyl. I have had every format of The Beatles, starting with vinyl in 1979. I'm rebuilding my collection and looking forward to getting back what I had. THANK YOU
続きを読む
1人のお客様がこれが役に立ったと考えています
違反を報告
レビュー を日本語に翻訳する
すべてのレビューを参照します
Amazonプライム会員ならお急ぎ便、日時指定便が使い放題
さらに、映画もTV番組も見放題。200万曲が聴き放題 。クラウドに好きなだけ写真も保存可能。
> プライムを無料で試す