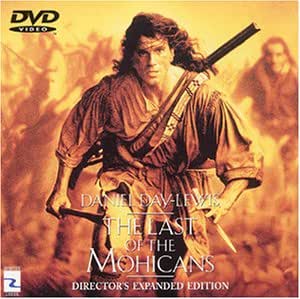 RL
5つ星のうち1.0 This is Not the Theatrical Version - Do Not Buy
2020年8月18日に英国でレビュー済み
Amazonで購入
No, no, no. Please DO NOT listen to the reviewers saying the Bluray version is the theatrical release/Warner Bros distributed version. It's not. It's the awful Mann reworking that removes some of the best dialogue and removes all traces of Nathaniels wit and humour in the face of adversity.

I'd like to tell you where to find the best version, but unfortunately, having bought every version Amazon has to offer, I'm yet to find it!

If I successfully source that version I'll try and update this review with a link (if Amazon will allow that!).
続きを読む
5人のお客様がこれが役に立ったと考えています
違反を報告
レビュー を日本語に翻訳する

D J Jackson: Passionate about Film.
5つ星のうち5.0 MICHAEL MANN’S EXQUISITE, PASSIONATE, TERRIFYING TREAT OF A FILM.
2020年12月11日に英国でレビュー済み
Amazonで購入
This is a review of the 2019 Region B2 Blu-ray from Arrow Films, in Dolby Digital 5.1. Although this is a fairly inexpensive product without extras, the picture and sound quality are, as you’d expect from Arrow, really first rate.

As a child, I loved the (old!) 1936 version of ‘The Last of the Mohicans’, which starred Randolph Scott as Hawkeye. It was exciting, romantic, and ahead of its time, suggesting a romance between a Native American man and a white woman. This film, made in 1992, drew in part on the 1936 screenplay, as well as James Fenimore Cooper’s original novel from 1826 ~ although there are substantial differences between the various plots.

Director Michael Mann co-wrote the 1992 screenplay. At that point he had worked on a small number of reasonably successful feature films, as writer and director. He had also done TV work. Later, he was responsible for the hugely successful Pacino-de Niro vehicle, ‘Heat’(1995). He makes tough, energetic films, with his protagonists required to make difficult choices. That is certainly true here.

The story is set in 1757, during the ‘French and Indian War’ as the Anglo-French ‘Seven Years’ War’ was known in the American Colonies. Although slightly amended for artistic effect, the central event of the film, the siege and capitulation of the British-held Fort William Henry (on Lake George in colonial New York), is an actual event, as is the aftermath. The film follows the fortunes of the daughters of the Fort’s commander, and the assistance they are given by a Mohican father and son, and their white adopted son and brother, Hawkeye.

The great unsettled expanse of colonial era New York is actually the Blue Ridge Mountains in North Carolina, in particular scenic DuPont Forest. The Italian cinematographer, Dante Spinotti, a regular Mann collaborator, gives us one of the most exquisitely filmed movies ever. Every scene, perfectly framed, portrays majestic waterfalls, misty vistas of forested peaks, dappled glades of silvery birch. We get an overwhelming feeling of vast space, of dizzying height, of unseen presence. The rich night scenes are atmospheric, the fights and full battles are epic, capturing both a terrifying overview and desperate personal struggles.

Mann’s central characters are wonderful. Daniel Day Lewis is athletic, authoritative, brave, as Hawkeye, respected by his Mohawk ‘family’ and the settlers. Madeleine Stowe portrays Cora coping impressively but authentically, despite being well beyond her comfort zone. Wes Studi, always an impressive figure, is majestically ruthless as Magua; and Russell Means and Eric Schweig, also major Native American actors, are both first rate.

Although this is very much an action film, taken at full gallop, this is also a hugely moving, emotional experience, with one of the great film romances, as well as tremendous bonds of love between parents and children, and friendships across racial boundaries. The wonderful music enhances this effect. This is a spectacular and passionate treat of a film, that I would unhesitatingly award 6 Stars, if I could!
続きを読む
1人のお客様がこれが役に立ったと考えています
違反を報告
レビュー を日本語に翻訳する

Legal Vampire
5つ星のうち3.0 Like a Western but set in the East
2020年10月25日に英国でレビュー済み
Amazonで購入
This film, based on a nineteenth century American novel, has good music, striking scenery of Appalachian green mountains, rivers and waterfalls and an exciting climax. In style it would be called a Western were it not set in the East.

It is set in a time less often portrayed in films in the mid-Eighteenth Century, when the red and white coated soldiers of the Kings of Britain and France, rather than blue coated United States forces, guarded the frontier between white settlement and the native tribes of the Eastern forests, like Hurons, Mohawks and Mohicans, rather than the now better known Sioux, Apaches and Comanches of the Western plains.

Why then have I only given it 3 stars? Somehow, despite its above merits, something about this film leaves me cold. I find most of the characters insufficiently uninteresting.

I am not too bothered that the title 'The Last of the Mohicans', suggesting that the tribe died out, is inaccurate. According to Wikipedia there are about 6,000 Mohicans alive today, mostly living in Wisconsin, in a settlement shared with another tribe, to which they were removed in the 1830s from their historic lands in New York state and New England.
続きを読む
違反を報告
レビュー を日本語に翻訳する

I was excited to learn that the Blu-ray was being re-released with a different distributor and reverting back to the original artwork - with no mention of this being the 2010 cut.

Sadly upon receipt, this disc is still using the 2010 Director's Definitive Cut, albeit with no mention anywhere on the packaging.

So - if you're looking for the original Theatrical Cut on Blu-ray, you still can't get it anywhere in th UK yet. Don't throw away your DVD!
続きを読む
3人のお客様がこれが役に立ったと考えています
違反を報告
レビュー を日本語に翻訳する