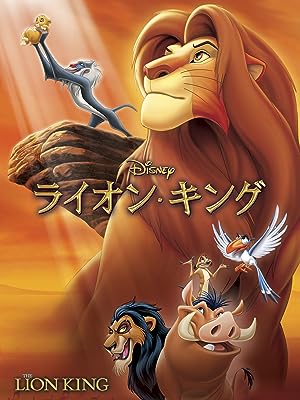 terry dennis
5つ星のうち5.0 5 stars true Disney classic original film from the franchise
2020年6月8日に英国でレビュー済み
Amazonで購入
The best lion king film ever made nothing compared to the original my favourite characters the three adult male lions Mufasa Scar and Simba used to borrow the video tape off one of my brother's mates when I was a child had the DVD for Christmas 2003 but years later my brother and his partner borrow it they moved house probably lost it forever my dad ordered replacement for me no longer got the case although was better than most standard DVD cases keep the two discs in my DVD storage containers boxes
続きを読む
違反を報告
レビュー を日本語に翻訳する

Louise Bull
5つ星のうち1.0 NOT THE UK VERSION!!!!!!
2016年12月25日に英国でレビュー済み
Amazonで購入
BE AWARE!!! I received this as a present with other blu-rays. However I was disappointed to open the present to a Middle East version of the film. I thought that it was going to be the UK diamond edition, with the spine number, thick case etc. This version came with a DVD also, however i thought that I would get the UK version. This may seem petty but now i am annoyed because it does not fit in with the rest of the Blu-rays. Keep in mind while buying.

I feel that I should be able to exchange the item which I received, for a UK diamond edition. However I now no way of doing this, I only know that I can exchange it for an item of the same price.

Hopefully amazon have changed their seller to a more trust worthy one, so you will probably not have this same trouble that I experienced.

Rising Ape
5つ星のうち5.0 Simba finally returns
2011年11月12日に英国でレビュー済み
Amazonで購入
The Lion King was the first film I saw at the cinema -I was only 6 years old at the time so all I can say that I remember about it that first time for sure is the stampede. More years than I care to remember we got a DVD player and started replacing those videos we still wanted to watch on DVD. But for some reason we couldn't get The Lion King -and as a result the only reason we have a VHS player is to watch the old Lion King copy that is all scratched and sticks because we've watched it too many times.

When it came out again at the cinema me and my 23 year old friends all went to see it opening night-and were way more excited than we had any reason to be. The Lion King is a film for all ages, even if you don't love it because you're it's target age or because you've loved it for 17 years I guarantee you will enjoy this film. It has amazing songs, fantastic characters-brilliant actors, come on Rowan Atkinson, Whoopi Goldberg, Jeremy Irons, Matthew Broderick and James Earl Jones? All together in a film with music by Elton John? What more could you want? Shakespeare? Because we essentially have that