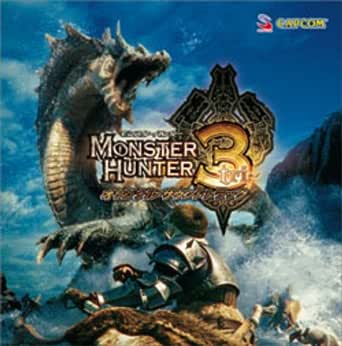 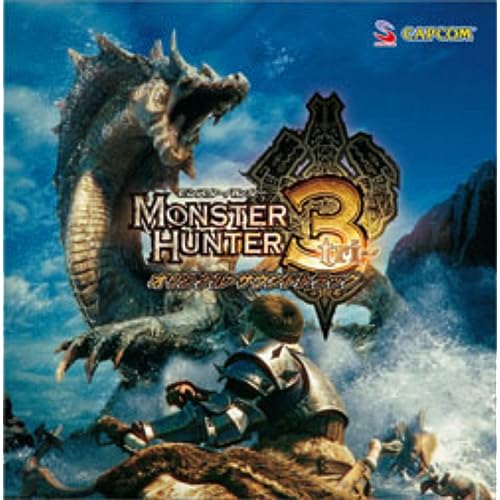 G.W
5つ星のうち5.0 Monster Hunter 3 OST = Pure amazing!
2013年4月13日に英国でレビュー済み
Amazonで購入
I love the Monster Hunter series and have played nearly every game that has been released (aside from Frontier, as it is Japan only...). But something that really does add to the games is the soundtrack, and being able to actually obtain one has made my day.
If you're a lover of the franchise and the music within (The tundra battle music vs. Barioth/Gigginox is by far the best in my opinion), then you should grab yourself a copy of this soundtrack.
Even if you haven't played the game(s), this still contains some amazing pieces of composed music you will hear outside of Classical albums.

Orsh
5つ星のうち5.0 Brilliant soundtrack. The songs fit the atmosphere of the ...
2016年1月6日にカナダでレビュー済み
Amazonで購入
Brilliant soundtrack. The songs fit the atmosphere of the game perfectly, and vary widely based on locations in the game. From tribal-esque music like The Ship Has Arrived, to Spanish-style music like Cazador El Monstruo, to epic orchestral tracks like The Subzero White Knight. The 2-disk soundtrack for this game really has an amazing variety of styles, and great compositions. It's amazing how a 20 second orchestral clip can set the tone of a hunting environment so well, as it does in Sea of Fertility. I think this is the best Monster Hunter Soundtrack so far, even compared to the newer Monster Hunter 4. The variety and polish in the tracks makes it so great.
続きを読む
違反を報告
レビュー を日本語に翻訳する

RandomEncounters
5つ星のうち4.0 Built Like A Boss: Strong But Not Without Its Weak Points
2011年8月10日にアメリカ合衆国でレビュー済み
Amazonで購入
Let me first be clear and say I ordered this not more than 20% through the game, so my expectations outweighed my knowledge of the tracks.

MHT has an incredible theme. It's an epic, cinematic motif that recurs here and again, and it's truthfully the driving reason I looked this album up. What I didn't realize until listening to the whole score, however, was how infrequently it's used.

The other tracks have a distinctive period/ethnic feel that may be tricky for some listeners to appreciate (though I presume anyone buying will already be somewhat open to the style). Many songs are nice to serve as background while you work, but others may be too distracting outside of the game. Tracks range from rich and flowing to moody and subtle. I'd consider likening it to the period soundtrack for Final Fantasy: Crystal Chronicles, though FF:CC has a mostly lyrical quality and MHT's multiple composers give the disc several varying flavors. Take that as you will -- an asset or detriment.

Overall, it's a complete and suitable soundtrack for monster-slaying. I do, however, remain bitter that so few tracks embrace the majestic, symphonic nature of the game's most prominent theme.
続きを読む
2人のお客様がこれが役に立ったと考えています
違反を報告
レビュー を日本語に翻訳する

Xenomorph_King
5つ星のうち5.0 NOT ULTIMATE EDITION!!!!
2019年1月22日にアメリカ合衆国でレビュー済み
Amazonで購入
People keep getting confused. In Monster Hunter theres 2 different versions of one game, the normal, and the "G" or "Ultimate" edition. This is the soundtract of the normal version. No Dire Miralis, no Brachydios. Please take consideratiom before you buy. Otherwise, this is a great product for all Monster Hunter fans to enjoy
続きを読む
2人のお客様がこれが役に立ったと考えています
違反を報告
レビュー を日本語に翻訳する

Valerie Armentrout
5つ星のうち5.0 Great game music
2016年10月15日にアメリカ合衆国でレビュー済み
Amazonで購入
There's a lot of music here, some that I don't even recognize because it's from the very end game. Definitely worth the money. There are some translation typos in the booklet if that kind of thing matters to you. A lot of the tracks are very memorable and will have you reliving your efforts to fight particular monsters from the game.
続きを読む
違反を報告
レビュー を日本語に翻訳する
すべてのレビューを参照します