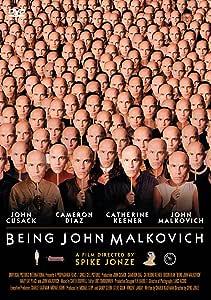 Brendan Ray Cyrus
5つ星のうち5.0 Leftfield film
2018年4月7日に英国でレビュー済み
Amazonで購入
Mad story by Charlie Kaufman. Well directed by Spike Jonze. I watched 'Being John Malkovich' in the cinema 18 years ago with my ex-girlfriend. I remembered that I loved the film as a quirky, unique story, with brilliant visual work, fantastic script and excellent acting - so seeing it again on DVD, I was suprised to find that none of my memories were falsely exaggerated - this is a great film.

Having read the negative reviews it seems they fall into two categories "difficulty in understanding a plot", and "unlikeable characters". Indeed none of the characters are your typical hollywood heros, but that's because this isn't a typical hollywood film. The characters have depth in multiple dimensions of human nature, and so they are not clearly definable as good or bad, as most people are used to in hollywood.

As for plot, again it doesn't follow a straightforward hollywood plot line, the narrative, point and symbology is complex and intricate.

The philosophical points being made are probably far too deep and confusing for the average person of our idiocracy. Concepts such as shared consciousness, the notion of self, life after death, self direction, free will, etc.
続きを読む
5人のお客様がこれが役に立ったと考えています
違反を報告
レビュー を日本語に翻訳する

cassie1
5つ星のうち5.0 Oscar nominated
2016年9月3日に英国でレビュー済み
Amazonで購入
This film must be unique in just about every way, nearest comparison I can think of is, a bit like Alice going down the rabbit hole. Very imaginitive movie, cannot begin to explain it, but it has John Cusack and Cameron Diaz and, obviously, John Malkovich and is brilliantly directed by Spike Jonze.
続きを読む
違反を報告
レビュー を日本語に翻訳する