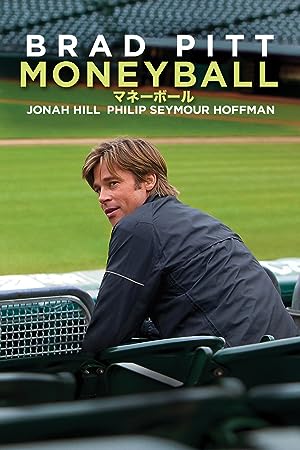 The films is as much about misunderstanding people as about baseball. Its about seeing the bigger picture, not just about how your team looks. Moneyball is an enthralling film that will keep you hooked all the way through. You don’t even need to like baseball in any way, or know anything about it to enjoy this film. Brad Pitt is just fantastic as the passionate and driven GM. Jonah Hill too. If you hate sports, forget its about baseball, this is drama at its best. Highly Recommended.
続きを読む
3人のお客様がこれが役に立ったと考えています
違反を報告
レビュー を日本語に翻訳する

Over the years, there are have been a number of excellent films about sport: ‘Bull Durham’ and Eight Men Out’ (1988); ‘Field of Dreams’ (1989) are just those involving Baseball, but there are many others, covering everything from Boxing to Rugby. And in the case of the really good films, the secret of their success is that although they are set against a background of a particular sport, they can reach out to those who know little or nothing about that sport, or even about sport in general.

Any American film with Baseball at its heart, inevitably has the potential to mystify a large percentage of the British population. This 2011 film, based on true events surrounding the California-based ‘Oakland A’s’ (Athletics) Baseball Team, could certainly mystify Brits. Indeed, given the subject matter, it could mystify many American Baseball fans too, as it deals with the eye-wateringly obscure science of ‘Sabermetrics’, a means of analysing Baseball games by collecting and summarising, and then extrapolating answers from, in-game statistics. In 2002, this was a new and untried field, but the Oakland A’s, a small and financially-challenged team were facing a huge problem, and the General Manager (the man charged with choosing and buying players) needed a drastic solution. Billy Beane was young, a former player and open to new ideas, and he decided to try Sabermetrics as a new radical approach, to allow him to hire players who represented unusual value for money. This film is his story.

As a premise, this sounds deeply dull and unintelligible. But fear not! The screenwriters are Steven Zaillian, who wrote the screenplay for ‘Schindler’s List’ (1993) and ‘Gang’s of New York’ (2002), and Aaron Sorkin whose films include ‘A Few Good Men’ (1992) and ‘The Social Network’ (2010) and TV blockbuster ‘The West Wing’ (1999-2006). Both men excel in providing superbly watchable content, full of intelligent, eloquent dialogue. And this film has all of this in bucketloads. Add in talented director Bennett Miller (‘Capote’ 2005) and quality is assured. They tell Beane’s story in an intelligent, engaging fashion, full of interest, humour and humanity. The script has pace and plenty of action, and the Baseball aspects are perfectly clear and uncomplicated.

The icing on the cake is the two central performances. Brad Pitt plays Beane, and actor and comedian Jonah Hill plays Peter Brand, the utterly endearing, brainy Yale graduate, who introduces Beane to Sabermetrics, and acts as his right hand man during their plan to implement the revolution. Brad Pitt is something of a revelation in this film, as the tough, driven, ruthless even, Baseball professional, but also as a loving father and empathic colleague. Hill is just wonderful as his new deputy. Knowing nothing about the sport or the team, they make you care about both, and will them to succeed. This is a top 5 Star film.
続きを読む
違反を報告
レビュー を日本語に翻訳する

Tombo
5つ星のうち5.0 You don't have to care about baseball to like this film (but it helps)
2020年2月18日に英国でレビュー済み
Amazonで購入
This film was both entertaining and thought-provoking, especially if you follow professional baseball. It was a revelation to me so I went out and also bought the book, which was just as compelling. Brad Pitt can act too and was totally convincing as the erratic but original baseball exec. Billy Beane. If you are interested in sports it helps but the film stands on its own as a good story. Based on true events and on the book of the same name.
続きを読む
違反を報告
レビュー を日本語に翻訳する
すべてのレビューを参照します
トップへ戻る
Amazonについて
Amazonでビジネス
Amazonでのお支払い
ヘルプ＆ガイド
日本語ショッピングのための言語を選択します。 日本ショッピングのための国/地域を選択します。
© 1996-2020, Amazon.com, Inc. or its affiliates