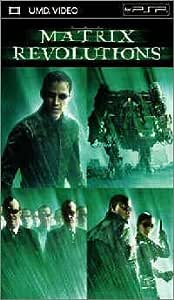 Gav33
5つ星のうち4.0 Trilogyitus Is Only Just Overted
2012年10月16日に英国でレビュー済み
Amazonで購入
The final movie in The Matrix series picks up straight from the end of Matrix Reloaded. There are two main special effect scenes in this movie. The first is where the machines invade Zion and the humans battle them in the Aliens style walkers. The second is the battle between Nea and Smith which is drawn out for about 5 minutes longer then it should have been. The rest of the movie is about wrapping things up and for the most part it does it pretty well.
Revolutions is much better the Reloaded. The effects are better the story is better mainly because the writers new what was left to do. The main complaint with Revolutions is there is not a great deal of time spent in the actual Matrix. Most of the action is in Zion most of the conversations happen on board various vessels. It is as if they save the Matrix for the last battle and it must be protected before then. One more annoying thing in this movie is Trinity's death at the cinema it annoyed me on blu ray it was worse because it takes her so long to die. It would be like Yoda spilling everything he ever said before he died in Return Of The Jedi. The whole Smith being in the real world wears thin quickly but he is dismissed by a blined Neo who now has the same powers in the real world as he does in The Matrix don't know where that comes from but it seems to work.
In closing this is a pretty good movie. It does what the final part of any trilogy should do tie up loose ends and go out on a high. Could it have been better ? Yes but not by much. I still think that Reloaded and Revolutions should have been one 3hour movie. But this does well for itself. It ends most story arcs and leaves it open for more in the future.
続きを読む
1人のお客様がこれが役に立ったと考えています
違反を報告
レビュー を日本語に翻訳する

T. Alexander
5つ星のうち4.0 Back on form for the revolution
2005年12月9日に英国でレビュー済み
Amazonで購入
At last, a worthy successor for the original film. After the disappointment of the last film in the series it was hoped that this one could live up to the original and thankfully this film does. Starting with Neo in a coma and Zion under siege from the machine army, the film returns to the correct mix of storyline and action that saw the first film become so popular. Unfortunately the acting hasn’t improved much but that doesn’t spoil the film much and the CGI is improved dramatically from the last film. Although the ending is slightly anticlimactic and it still isn’t as good as the original, it is still a good sequel.
続きを読む
2人のお客様がこれが役に立ったと考えています
違反を報告
レビュー を日本語に翻訳する

Chappers
5つ星のうち2.0 Buying for the wrong reason
2004年3月7日に英国でレビュー済み
Amazonで購入
When I buy a film, I usually like to do so because I loved the film and intend to watch it in it's own right over and over.
Revolutions does not conform to this ideal. I loved the first film, although it appeared to be a take on eXistenZ and Total Recall (eXistenZ is an excellent film, by the way, and Total Recall is a legend). The first film asked a lot of questions, but at least lead you in the right direction.
Reloaded answered a couple of questions and was an adequate middle-ground for the trilogy, it kept up the pace and continued to lead your mind into expectations for a climactic ending.....
Which just didn't happen with Revolutions. The storyline skipped and jumped around, convenience, predicability and god-complexes started to take over. And it seems that towards the end, they realised that they had been filming for a while and were going to run out of space or budget, and all of a sudden, the various little story arcs came to crashing endings that just left you wondering if perhaps you had dozed off and missed something. Not many questions got answered, and as we knew full-well that this was the last film in the Trilogy, I for one was deeply disappointed by the end.
But as I already own the first and second film on DVD, the third one is pretty-much a given.
Doesn't mean I have to like it.
続きを読む
7人のお客様がこれが役に立ったと考えています
違反を報告
レビュー を日本語に翻訳する
すべてのレビューを参照します
Amazonプライム会員ならお急ぎ便、日時指定便が使い放題
さらに、映画もTV番組も見放題。200万曲が聴き放題 。クラウドに好きなだけ写真も保存可能。
> プライムを無料で試す