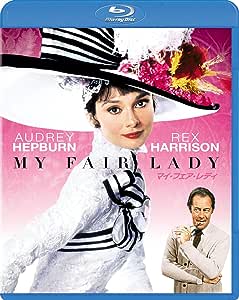 Majicat
5つ星のうち5.0 Well worth buying this film for... the fourth time.
2017年7月19日に英国でレビュー済み
Amazonで購入
Well worth buying this film for... the fourth time - VHS, DVD, botched original Blu-ray. This new restoration of one of my all time favourites is absolutely stunning, so much more detail than ever - it can actually be distracting, a good excuse for a repeat viewing. The multi channel surround mix is beautiful, encoded at 96 kHz - twice the depth and quality of the original release. As far as I'm aware, this 3 disc set uses the same restoration master as the single disc UK version. I decided to import this from the USA as it isn't region locked and comes with a second disc that is packed with extras (most of which are HD) rather than the old SD extras, as well as a DVD version of the film. I don't normally care about packaging- but this is extremely exceptional- in this case, you CAN judge a Blu-ray by its cover! I only have two very minor issues with this release. Firstly, the disc containing the extras would not play at first (in technical terms - it wouldn't mount) despite a gentle cleaning of the surface; tried it about half a dozen times in one player and no luck. I tried the disc in an identical player in another room and after failing to play and ejecting and retrying, it finally played. I believe this is a common issue that many people have had with this extras disc. The second issue I have is that there seems to be an excessive amount of hiss coming from the two centre back surround speakers, so much so that I had to turn them down whilst watching; this is something that I soon got used to and I imagine that it's due to the leap in the quality of the encoding of the original master recordings, not something to put me or anyone else off buying this release. If you're a fan of the film and have a decent big screen and a good surround system, then I recommend upgrading to this release. I have 120" projection screen, so the difference really leaps out compared to the old BD release. If you already have the original US release from around 2011 and a TV smaller than about 40" and just use the TV speakers, the jump in quality may not be as noticeable, but as I said, it may be worth it for the extras, although the commentary from previous releases has been removed - as much of it concerned the 1994 restoration - not this one. If you're not bothered about extras, the single disc UK release is a much cheaper option, which is also the first time the film has been released on BD in the UK.
続きを読む
15人のお客様がこれが役に立ったと考えています
違反を報告
レビュー を日本語に翻訳する

RogShop
5つ星のうち5.0 ABSOLUTELY STUNNING 4K REMASTERED REGION FREE BLU RAY IMPORT OF A CLASSIC MUSICAL - RECOMMENDED
2015年11月23日に英国でレビュー済み
Amazonで購入
This 50th Anniversary remastered Blu Ray is in a single word STUNNING!....If you are going to buy the blu ray of this classic musical PLEASE MAKE SURE YOU GET THE 50TH ANNIVERSARY REMASTER and NOT some of the other foreign blu ray versions available (at the moment this is not available in the UK - but this US import is REGION FREE) as they are reported to have a dreadful picture image.

The 2:40:1 image is as sharp as a pin, the colour pallette is rich, smooth, vivid and lush with no obvious DNR and the smallest amount of filmic grain that only adds to the pleasure. In short this together with "Hello Dolly", "The Sound of Music" and the remastered 4k "Oklahoma" are probably the 4 best looking blu rays one could own and makes one realise how good HD can and should look - if only other distributers would take the time to ensure their releases looked as good.

The soundtrack too has been given a make-over into 7.1 Dolby True HD sound and is full bodied and enveloping and a joy to the ear. However whilst the film is claimed to be in 7.1 and my THX amp shows that there are indeed 7.1 channels present there is very little that utilises the sound from the side speakers (apart from the occassional burst of music on the opening credits) mainly it's just the 3 front and 2 rear making it in reality just 5.1. and as the 7.1 Dolby True is the only option there is no way for the amp to upscale to a higher number of channels. Not even on the famous wraparound Ascot race sound effect do the sides kick in. Its a shame ....but what we do have here is a fantastic soundtrack anyway. Also upon viewing it there appeared to be a sync problem with the sound but on closer inspection and comparing it to the standard DVD this appears to be only when Audrey Hepburn (well Marnie Nixon) sings - not a case of poor lip syncing by the star as Marnie Nixon's vocals were added AFTER Audrey had sung on the original soundtrack - its simply a case of the sound team not being able to sync the two stars up very well - in The King And I, Nixon was on set with Deborah Kerr the whole time so was more able to match her vocals to perfection - to the point where many beliewved that it was actually Deborah Kerr singing. In the case of My Fair Lady, Rex harrrison's vocals and synced image match perfectly - as does everyone else.

This Steelbook release contains the blu ray of the movie plus a region 1 DVD and a blu ray containing a wealth of extra documentaries and features that are most interesting. Most have apeared before on DVD releases but there are one or two new additions I think (sorry I have not had time to fully check with my Standard DVD version).

Audrey Hepburn never looked as beautiful and Rex Harrisson can "walk down that street again" knowing full well that one of his most treasured performances has been given the classy treatment it deserves.
続きを読む
11人のお客様がこれが役に立ったと考えています
違反を報告
レビュー を日本語に翻訳する

Martin Fierro
5つ星のうち5.0 NEVER MIND THE COVER
2014年4月29日に英国でレビュー済み
Amazonで購入
I have been a fan of My Fair Lady since I first saw the film in the 1960's. I have owned it in VHS and in an American import DVD that was made to celebrate its 50th anniversary.
I just bought the Blu ray edition with DTS 7.1 sound and HD.
The cover of the disc is written in Italian but that doesn't matter as the set up allows you to play the language of your choice. I'm not sure why Amazon UK sells this disc with the cover in Italian but as I am Italian speaker it does not matter to me, I suppose it ought to be made clear in the description though.
You can of course see that the cover is in Italian if you zoom it.
On to the disc: the sound has been polished and the colours of the flowers around Covent Garden flower market in the initial introduction show off beautifully as do the costumes.
I noticed that an American Blu ray import is also for sale at a slightly higher price and I wonder if anybody has seen the film on this disc and whether it is better than the European version.
Sometimes there is a difference.
続きを読む
14人のお客様がこれが役に立ったと考えています
違反を報告
レビュー を日本語に翻訳する

Richard
5つ星のうち5.0 Vibrant colours, sound and a whole host of special features
2017年5月19日に英国でレビュー済み
Amazonで購入
Has been remastered so contrast and colours and really very good compared to other dvd versions of this I have seen which were faded and dull.

I also liked seeing interviews on the special features disc, plus still photo's interviews at the time, Audrey's versions of 2 of the songs plus lots more.

It cost a good bit more than the single disc versions but if you are a fan then it is well worth spending the extra for this version.

Mr. D. A. Hand
5つ星のうち2.0 DVD jammed
2019年10月27日に英国でレビュー済み
Amazonで購入
I have now had 2 copies of this DVD, the first one played ok first time, then jammed in the second act and the replacement (bought again) one did exactly the same. Very disappointed as our Society are performing this show and I am playing the part of Professor Henry Higgins, so I was looking forward to studying the character further.
続きを読む
違反を報告
レビュー を日本語に翻訳する
すべてのレビューを参照します
Amazonプライム会員ならお急ぎ便、日時指定便が使い放題
さらに、映画もTV番組も見放題。200万曲が聴き放題 。クラウドに好きなだけ写真も保存可能。
> プライムを無料で試す