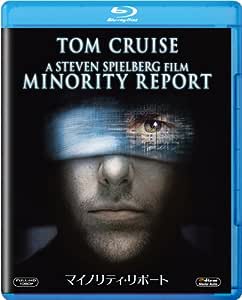 M. Matthews
5つ星のうち5.0 Fabulous 'real' sci-fi action thriller
2016年8月18日に英国でレビュー済み
Amazonで購入
Minority Report is one of the best ‘real’ science fiction movies of all time; by ‘real sci-fi’ I mean a film that looks intelligently at the world of tomorrow and asks thought-provoking questions, rather than simply blowing up spaceships. This is hardly surprising since it’s based on a short story by the philosophical sci-fi novelist Philip K. Dick, whose works were the inspiration for the equally brilliant Blade Runner and the distinctly daft Total Recall, amongst others. The set-up here is that three ‘Pre-Cogs’ are able to see murders before they take place, allowing Pre-Crime officers to arrest killers before they can commit the crime. Tom Cruise is the poster boy Pre-Crime cop who has secretly become a drug addict following the abduction of his son, Max von Sydow is the boss of Pre-Crime who will do anything to expand the experiment across the whole of the US, and Colin Farrell is the hotshot Attorney General agent trying to find flaws in the Pre-Crime system. When the Pre-Cogs predict that Cruise himself is going to commit a murder he is forced to go on the run. As he tries to find proof that he is not a future murderer he encounters various weird and wonderful characters and ultimately discovers that Pre-Crime is not the infallible system he thought it was.

Minority Report is brilliant in every regard from script to acting and from design to visual effects, all expertly marshalled by Steven Spielberg who skilfully combines the intricate, intelligent plot with dramatic action sequences. Cruise has never been better and the supporting cast is also superb, with Samantha Morton especially excellent as the Pre-Cog Agatha. There are also some really creepy sequences, such as the spyders and the eye surgeon. My only gripe is the way Cruise has to explain what has been going on rather than allowing the audience to work things out for themselves.

The film looks and sounds fantastic on Blu Ray, but I have some minor gripes about the bonus features. The good news is that all the material from the previous DVD release has been carried over, though bizarrely while you can pause these featurettes you cannot scan forwards or backwards, so if you miss something that someone has said you’ll have to start from the beginning! There are some very good new retrospective documentaries looking at the life of Philip K. Dick, the props, and the real world application of the movement-controlled computer interface. There is also some behind the scenes and previz footage from various key action sequences. One featurette I could have done without though is the Pre-Crime ‘mockumentary’.

Aside from not being to the control the old DVD extras this is an excellent collection of bonus material, but when you first click on ‘Extras’ the first option you see is an ‘interactive’ interview with Steven Spielberg. The interview runs for 34 minutes but along the way you have the option to watch various related interviews and photo montages and it took me a good couple of hours to get through everything. Then, to my dismay, I discovered that *everything* here is included in the other bonus material on the disc, apart from a few seconds of the Spielberg interview. In fact the vast majority of the disc’s bonus material can actually be watched via the rather cumbersome interactive pop-ups. I would suggest that you watch the Spielberg interview but don’t brother with the pop-ups, and then watch all the bonus material separately.

Minority Report is a brilliant film and aside from some niggles about the bonus features this is an excellent Blu Ray and absolute must-buy for any sci-fi movie fan.

Siriam
5つ星のうち3.0 Dire storytelling by Spielberg offset by some interesting underlying concepts
2018年3月29日に英国でレビュー済み
Amazonで購入
I have only recently seen this film but even allowing for the passage of time found it pretty boring storytelling. Based on a short Philip K. Dick story the length of the film seems to have stretched the concept (preventing crimes in the future before they are actually committed) to breaking point. In addition to being way too long a film, the story as with so many sci-fi films, once it has been stripped of the special effects is not that original given I had guessed the finale way before we got there. Throw in some weird plot shifts and add some hard to believe plot twists (Tom Cruise having new eyeballs inserted by backstreet operation!) and it doesn't make for great viewing for me anyway.

I must admit the main interest which kept me going to the end was more the whole concept of how political states and mass marketing regimes monitor their citizens/buyers in the future which given subsequent developments on facial recognition especially makes the end film not as throwaway as my initial comments may infer.

BM2662
5つ星のうち3.0 Great movie with awful blu Ray picture quality
2019年4月4日に英国でレビュー済み
Amazonで購入
This should be a five star review but it's not. Its a five star movie with one star, at best, picture quality
MR is the first digitally shot movie and Spielberg made a complete mess of the picture. Suffice to say that it's awful
We all know about the movie and story. Cruise is superb as ever
Thankfully Spielberg has seen the light and ditched digital and gone back to celluloid.
What a pity he gave into pressure and made this movie digitally.
Minority report is a movie that deserves much better picture quality than this.

Barbara. Barron
5つ星のうち5.0 Why collect DVD's?
2013年6月12日に英国でレビュー済み
Amazonで購入
I've relished repurchasing this wonderful DVD for my collection, so why have I thought it worth it? It can stay on my shelf for many months, but there will come a time when I want to watch it. So I will rely on my memory of this unusual, poignant and atmospheric performance, of a very strange tale, almost at the limit of imagination, and pulled off so well by all members of the cast and the supporting team. Its plot is exciting, and Tom Cruise takes his acting to another level to pull this off, his desperation at trying not to get caught, is vivid, as is the efforts of his fellow officers to catch him, and the story goes on at breakneck speed, through many landscapes, idyllic countryside and the opposite, the squalor of futuristic city slums, and a wonderful illegal eye transplant, to its ultimate conclusion, a very emotionally satisfying experience. I know that when I pull it off the shelf to review it, I'll get an experience reminiscent of fine wine, although I'm familiar with the flavour, it's still a thrilling experience.
続きを読む
1人のお客様がこれが役に立ったと考えています
違反を報告
レビュー を日本語に翻訳する
すべてのレビューを参照します
Amazonプライム会員ならお急ぎ便、日時指定便が使い放題
さらに、映画もTV番組も見放題。200万曲が聴き放題 。クラウドに好きなだけ写真も保存可能。
> プライムを無料で試す