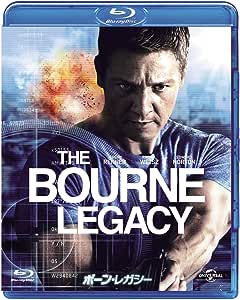 Wax lyrical
5つ星のうち4.0 A worthwhile addition to the series...
2013年12月29日に英国でレビュー済み
Amazonで購入
This is not meant to be an extension to the Matt Damon franchise and doesn't try to be. It is very good in it's own right and has to be viewed as a stand-alone, parallel story that uses references to the on-going Bourne saga to place it in context. Very well paced and filled with detail, it should more than satisfy any follower of the 'Bourne' trilogy and makes a worthwhile addition to the series, adding a little more meat to the hard-crunched bones of the main story. It probably deserves a sequel all of its' own....
続きを読む
36人のお客様がこれが役に立ったと考えています
違反を報告
レビュー を日本語に翻訳する

Siriam
5つ星のうち4.0 Much better than expected version!
2017年2月12日に英国でレビュー済み
Amazonで購入
Stated to be a poor follow up by everyone I knew had seen it, I finally watched out of interest to find out as to how bad? Answer, not bad at all!

Directed and screenplay by the team responsible for the prior Damon trio of films, this is more a parallel movie with skilful cross references to where the last Damon film left off than a follow on sequel. At heart the story is like a simpler version of the Hulk movies, with agents subject to medical enhancements to improve their performance and endurance, and the real thrill is watching Jeremy Renner's performance as the lone survivor prove more than a match for the prior Damon portrayals.

The pace and action is kept up throughout with nods to the prior trilogy in the way certain set pieces are staged and with Edward Norton on top form as his ruthless government agency pursuer, regardless of the human costs incurred. The real pleasure however is watching Rachel Weisz turn what is usually a standard hanger on female co-star role in such movies with no action parts, into a character of growing strength and skill when her world is turned upside down.

Sadly the film's end is almost a re-run of the prior Bourne films and while the possibility of a sequel always exists I am almost left hoping that the Renner version is confined to this great one off version, in preserving its uniqueness.
続きを読む
3人のお客様がこれが役に立ったと考えています
違反を報告
レビュー を日本語に翻訳する

Michele
5つ星のうち5.0 Great
2020年12月27日に英国でレビュー済み
Amazonで購入
I like the Bourne films, however, this movie got a bit of a bad rap due to it being compared (the trailer did NOT help). You actually don’t need to have seen the Bourne films, in fact I think it may be a hindrance. Aaron is a character set in the same world but is not part of Treadstone. Weisz is a virologist who is involved in the modification drugs. Renner and Weisz’s chemistry is good enough and this is a great film in its own right. The violence does seem to be enough to be a 15 certificate (it’s 12 in the uk). A good way to spend 2 hours vegging in front of the tv with some action, emotion, and conspiracy.
The dvd itself arrived quickly and well packed.
続きを読む
違反を報告
レビュー を日本語に翻訳する

Mr. Roy Williams
5つ星のうち5.0 A good addition to the stable.
2017年1月21日に英国でレビュー済み
Amazonで購入
I thought I might regret buying this as it doesn't feature Matt Damien but...,
I cheered out load at the end of the film.It was just as rewarding as the other
Bourne films.It has a brilliant conclusion,I really liked it.
The film departs somewhat from the previous ones but tells a completely self
contained story of a lone mercenary.
We're not sure who he works for or the real purpose of the film until a drone
attempts to take him out in a remote mountain cabin.
It's then that the action begins as he tries to survive and reduce the opposition.
He becomes involved with a female sidekick,literally,and they try to stay alive
long enough to sail off into the sunset at the end of the movie.
It's a good script with some great one liners.
The film certainly keeps you on the edge of your seat.
And that theme song...,simply fantastic,it really does reflect the film.
It didn't take me long to buy the track on iTunes.
続きを読む
1人のお客様がこれが役に立ったと考えています
違反を報告
レビュー を日本語に翻訳する

chelios1981
5つ星のうち4.0 Excellent thriller
2015年5月10日に英国でレビュー済み
Amazonで購入
Critics and fans alike were divided on the continuation of the Bourne series especially as this is not about Bourne, well indirectly it is.

Following the fall out from Blackfrier and Treadstone the Shady goverment officials continue there mission to tidy up the mess created by rougue agent Bourne, by attempting to remove active agents.

We're introduced to Aaron Cross on training excercise who very quickly becomes one of the targets and goes on the run.

He's also ineed of his 'meds', his pills that he takes as part of the programme to make him a more efficient operative.

This leads him to track down the docter who administrators the drugs Rachel Weiz.

Together they go on the run trying to stay ond step ahead of there dangerous pursuers.

Director Tony Gilroy manages to maintain the feel and style of the previous films, if not the frentic pace.

Jeremy Renner is very good as Matt Damons replacement and it's quite hard to picture another actor in the role after watching, he brings enough emotion but retains the no nonsene tough approach that made the Bourne series a thinking mans action hero.

The weakness besides obvious comparisons to the originals is as mentioned the pace, the film is arguably too long, and a good ten to fifteen minutes less would have made it tighter and punchier.

Also the action scenes whilst well staged lack the frentic energy and smash bang originality of the others, perhaps down to the fact its also been copied so much since hy other movies.

Bourne changed action movies and reset a standard, much like Diehard did in the 80's, both these and some others proved you could make smart thrillers but still have huge action set pieces work side by side.

Perhaps Legacy is a victim of the predecessors success as it takes all the right ingredients but lacks some flare.

As a stand alone movie though it packs in an intriguing plot, top notch cast and enough fights and chases to leave an audience breathless, and still knocks others in the genre down a peg or two.