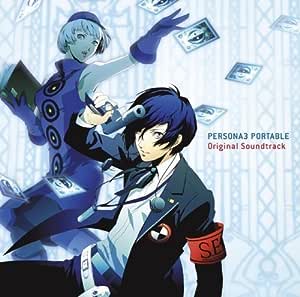 Katie
5つ星のうち5.0 Almost Perfect
2013年7月29日にアメリカ合衆国でレビュー済み
Amazonで購入
While playing P3P, I fell in love with the music, and recently, I decided to buy the soundtrack. I just received it yesterday, and I love it, however, it is not without flaw. It arrived in perfect condition, and it arrived much sooner than expected, but I was a little disappointed to find that this is not the COMPLETE soundtrack. It only contains ten songs from the game, Shin Megami Tensei: Persona 3 Portable.

Songs
1. Soul Phrase
2. A Way of Life
3. (this song's name was in Japanese, so I don't know the actual name. This songs is typically heard during Social Link events if I recall.)
4. Time
5. Wiping All Out
6. Sun
7. (like the third song, the title was in Japanese, but this song is typically heard during Lover Social Links.)
8. Danger Zone
9. Soul Phrase -long ver.-
10. A Way of Life -Deep Inside My Mind Remix-

I was a little sad that not all of the songs were here. I was hoping that songs like the dorm theme (Iwatodi Dorm) and the song that plays at the nightclub, Escapade, were some of the songs not featured on the soundtrack.

As far as authenticity goes, this is definitely the real soundtrack, not some bootleg. How do I know this for sure? Well, when you tear off the shrink wrap, there is a piece of cardboard, with Atlus' Jack Frost on it. If you see Jack Frost on it, then that is how you can tell if it is authentic.

The case of the CD is very nice. As you can see from the picture, the front cover shows Minato/MMC and Elizabeth. The back cover shows Minako/FMC and Theodore. It also tells you the songs. When you open the case, and take out the booklet, you can open it up and look at the song lyrics, however most of the lyrics are in Japanese, because they were sung in Japanese. Some are in English, because they were sung in English. If you're hoping for lots of pretty artwork in the booklet, then you've come to the wrong place. There are exactly 12 pictures, and most are just screenshots, either from cut scenes or actual gameplay.

The CD has no artwork whatsoever on it. It just says Persona3 Portable Original Soundtrack and has the P3P logo, as well as some credits to Atlus. However, if you take the CD out of the case, you should be able to notice that on the case, there is a lone Persona card. Other than that, the background of the case is white, and the CD is blank.

I rated this with five stars, even though it does not have all of the songs, only because I love it so much. The music is wonderful, and it brings back lots of memories from playing the game. I am very happy with this purchase. I don't regret buying this soundtrack at all.
続きを読む
5人のお客様がこれが役に立ったと考えています
違反を報告
レビュー を日本語に翻訳する

Deb
5つ星のうち5.0 Love it!
2016年6月4日にアメリカ合衆国でレビュー済み
Amazonで購入
Finally found a CD that has music from the female's gameplay. Love the choice of songs. If you are Persona 3 portable fan, you will like this.
続きを読む
違反を報告
レビュー を日本語に翻訳する