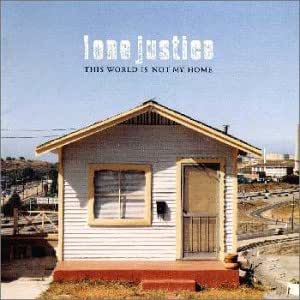 Robert R. Josef
5つ星のうち4.0 Great collection from a band that deserved to be more successful
2009年4月18日 - (Amazon.com)
I saw the band open for U2, and was quite intrigued, although not enough to buy their album. I'm glad that I held out, though, since this collection covers their brief history quite well, having been put together by original bassist Marvin Etzioni.

The first five tracks are early demos preceding the recording of their first album. They all sound great, despite them, apparently, having been transferred from vinyl. They show Maria McKee's wailing vocals and Ryan Hedgecock's country rock guitar furiously backed by the galloping rhythm section of Etzioni and drummer Don Heffington. The raw, unpolished sound of these cuts is a lot of fun.

The next six cuts consist of four tracks from the first album and two outtakes from the sessions. These songs suggest that the original Lone Justice was really a band, despite Maria's being out front. Etzioni, Hedgecok and Maria all contributed solid, beautiful songs - the Bo Didddley styled raver "East of Eden"; the touching ballad "You are the Light" ;and Hedgecock's spin on an old blues classic, "This Train", sung as an effective duet between him and Maria.

The band also had a way with covers -- another great ballad in "Don't Toss Us Away" (by Love's Bryan MacLean) and two rather sarcastic rockers, Bob Dylan's "Go Away Little Boy" and Tom Petty's "Ways to be Wicked". Some people have argued that Jimmy Iovine's slick production undermines the band, but their collective personality still comes through on their performances.

Apparently, after the U2 tour (from which an OK rendition of the Velvet Underground's "Sweet Jane" comes), the original band dispersed, for reasons that have never been made clear. Maria, left holding the recording contract bag, recruited a set of new musicians for the second album, "Shelter". The three songs here, as well as two live cuts from that tour, are good songs, but they also make clear that the band chemistry of the original lineup was the key to the quality of the debut.
The rousing gospel rocker "I Found Love" and the smooth ballads "Shelter" and "Dixie Storms" are even more slickly produced by Iovine and "Little Steven" Van Zandt. These last five tracks, are, basically Maria McKee solo with backing musicians. Maria figured this out, apparently, because she started recording under her own name after "Shelter" sold no more than the debut.

So, that was that for Lone Justice. It's too bad that they weren't able to generate big hits from the material here, since it's wonderfully performed country/pop/rock, fronted by a young vocalist who could be alternately passionate and wild and tender and vulnerable. The best parts of their musical heritage are here, and it's good that the album has been preserved for download. Very much recommended.

Scherzbit
5つ星のうち3.0 Some unfettered fun to be had, but . . .
2010年12月8日 - (Amazon.com)
The first seven tracks are essentially demos, but the sound quality is pretty good. The songs are propulsive, nearly frenetic, and McKee's voice certainly drives this stomp and shout juke joint music right along, but they all sound rather similar to me. There's also more than hint of, God help us all, bluegrass here. I prefer my backwoods barnbarners to be, well, a bit swampier than these songs. "Drugstore Cowboy", however, is an excellent track.

Since I've had the two studio albums since CDs were first commercially available, there's nothing new here for me. The first album was terrific country-rock, and one I still listen to often. The second album was clearly overproduced and a bit bland, but McKee certainly gives it her all. "I Found Love" is the one true rocker of the set, and the ballads are affecting, if not terribly original in arrangement or instrumentation. I personally have soft spot for "Wheels", but some might find it cloying.

The other unreleased tracks, especially the odd version of "Sweet, Sweet Baby", that highlight the problem of McKee's later efforts: some sort of pretentious, art-rock stylings that are far more grating than entertaining. It was probably a good thing the producers of LJ's albums reined her in some or it could've been Yoko Ono Redux. Anything featuring Bono, like "Sweet Jane", is bound to be ponderous, and so it proves here. An unnecessary addition; if they needed more songs, they couldn't go wrong with "Soap, Soup, and Salvation" as another reviewer suggested.

J. Gemmill
5つ星のうち5.0 An Excellent Overview
2006年2月24日 - (Amazon.com)
Here, Maria's sweat flows from this combined best-of/rarities collection as if from her brow, and her heart ... hell, her heart beats like a rhythm section all its own. Check out the live version of "Sweet, Sweet Baby" for one example. For another, skip back to the early demos which lead off the disc ... or the re-mastered version of "Shelter" that seduces you into its groove. Other gems include the Bob Dylan-penned "Go Away Little Boy" (featuring Dylan and Ron Wood on guitars) and an in-concert duet of the Velvet Underground's "Sweet Jane" with U2's Bono. As good and strong as those songs are, it's the band's previously unreleased demos that prove most earth-shattering. The Maria-penned "Drugstore Cowboy," for example, is a shotgun blast of authentic cowpunk-and far, far more. An infectious psychodrama framed in a country twang, it hints at everything to come, both for Lone Justice and Maria on her own.
続きを読む
3人のお客様がこれが役に立ったと考えています
レビュー を日本語に翻訳する

Brian D. Rubendall
5つ星のうち3.0 Overlong Anthology
2003年4月8日 - (Amazon.com)
While it often seems today as if No Depression icons Jay Farrar and Jeff Tweedy invented the idea of melding punk rock and country music in the early 1990s with their band Uncle Tupelo, the idea had actually been around long before that. In the 1980s, Lone Justice were perhaps the most visible practishioners of the form, managing to rise to the cusp of a breakthrough to stardom but not quite succeeding. So along comes "The World is Not My Home," to summarize the career of a band that recorded a mere two studio albums and exactly half that many hit singles.
The hit "Shelter," is here, of course. But what is particularly notable about this summation of the band's career is how few memorable songs they recorded overall. After "Shelter," the number two in this collection would probably be the rousing "I Found Love." Lead singer Maria McKee has an excellent voice, but without much in the way of strong hooks or catchy choruses, she mostly labors in vain. Even the live cover of "Sweet Jane," a duet with Bono no less, is much inferior to The Cowboy Junkies' memorably haunting version of the song that appeared a few years later.
Overall, a middling anthology from a band whose conception greatly exceeded its execution.
続きを読む
7人のお客様がこれが役に立ったと考えています
レビュー を日本語に翻訳する
Amazon.comのカスタマーレビューを見る(11) 5つ星のうち3.8
Amazonプライム会員ならお急ぎ便、日時指定便が使い放題
さらに、映画もTV番組も見放題。200万曲が聴き放題 。クラウドに好きなだけ写真も保存可能。
> プライムを無料で試す