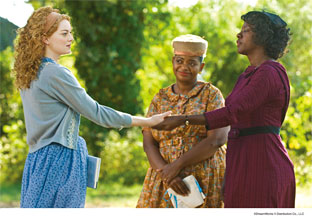 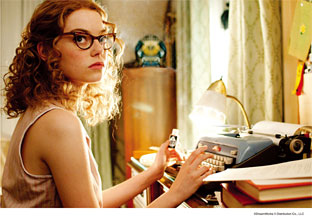 boffy
5つ星のうち5.0 super story hilarious and heart breaking
2018年8月28日に英国でレビュー済み
Amazonで購入
loved this film just read the book a few days ago and wanted to see the film. its really very close in style and content to the book. i like the casting to spot on. the book goes into certain aspects in more detail the racism and the John Crow laws for example. the despair that these women had to cope with. bringing up thier children sometimes with little or no support from thier husbands. abject poverty and having to work long hours for some ungrateful racist families.

but its not all bad you will laugh and cry in equal measures. you must read the book the detail is thorough and maybe just maybe a little long. but worthwhile.
続きを読む
11人のお客様がこれが役に立ったと考えています
違反を報告
レビュー を日本語に翻訳する

Caroline S
5つ星のうち5.0 Thought provoking film
2018年11月8日に英国でレビュー済み
Amazonで購入
What more can I say that has not already been written by other Reviewers regarding the storyline. This film should be shown in schools to show pupils just how African American people suffered with such horrendous racism (and in some USA states still suffer). Although there are segments of comedy there are also very poignant scenes with powerful performances by all the cast. The film definitely deserved to win the Screen Actors Guild Award for outstanding performance by a cast in a motion picture. It is painful and upsetting to think that even in these times there is racism!
続きを読む
7人のお客様がこれが役に立ったと考えています
違反を報告
レビュー を日本語に翻訳する

Saw this film on tv some time ago, watching it again it had lost none of it's impact. It is a moving story about the lives of black and white American women in the '60's South, and their relationships within and across their social, racial and family groups. As they come together to write a book about their memories of the past so they start to change their future. With superb acting and directing the the film is perfectly summed up in the notes on the back of the box - "Filled with poignancy, humour and hope .... a timeless, universal and triumphant story about the ability to create change."
続きを読む
9人のお客様がこれが役に立ったと考えています
違反を報告
レビュー を日本語に翻訳する

Thespionic
5つ星のうち4.0 A Thoroughly Entertaining Film
2016年1月18日に英国でレビュー済み
Amazonで購入
As there are 700 reviews on here already I don’t intend to over-elaborate about the plot.
I saw the film when it came out in 2011 and I was sufficiently impressed to want to view it again on DVD.
I always enjoy films about the ‘Deep South’ as I love its countryside, antebellum architecture and the whole history of that period - even if some of it is very distasteful, but then, so are large parts of our ‘ British Empire,’ but it is history nonetheless.
The filming around Mississippi is just lovely, aided of course by the fact that the director, Tate Taylor,
(also Get on Up / James Brown fame) comes from that particular state. All the filming was done there, at Jackson, Clarksdale & Greenwood. You can’t get more authentic than that!
I really enjoyed this film, though on the second viewing, I did find it a little overly sentimental, which didn’t hit me the first time around – can’t really explain that one!
The film is not trying to be another ‘12 Years a Slave’ or ‘Django,’ or even a ‘Roots and so shouldn’t be judged as such.’
I found the all-round acting first class, though quite how Brice Dallas Howard - the despicable Hilly Holbrook, didn’t get an AA nom’ for ‘best supporting actress’ as well, is quite beyond me. The ‘cast’ did win ‘Best Ensemble’ from several award groups which does make me feel somewhat better.
This is an excellent watch IMHO - the critics and public thought so too. It turned in a profit of nearly 200 million $ and was nominated for over 100 awards, winning 40.
続きを読む
9人のお客様がこれが役に立ったと考えています
違反を報告
レビュー を日本語に翻訳する
すべてのレビューを参照します
トップへ戻る
Amazonについて
Amazonでビジネス
Amazonでのお支払い
ヘルプ＆ガイド
日本語ショッピングのための言語を選択します。 日本ショッピングのための国/地域を選択します。
© 1996-2020, Amazon.com, Inc. or its affiliates