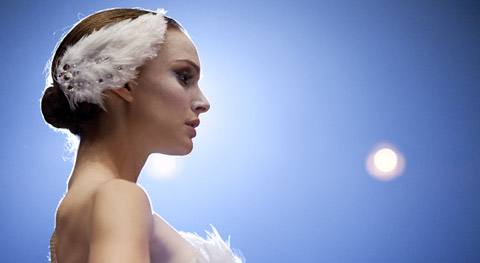 Mrs. J. Roberts
5つ星のうち2.0 Very dark, and cleverly done, but..........
2020年9月1日に英国でレビュー済み
Amazonで購入
I am a ballet fan, and Tchaikovsky wrote beautiful music. However, this film is very dark, and although the special effects are good, it is not a film to be enjoyed. There were many images of black and white, and the analogy of the Odette/ Odile character was a clever idea, with Natalie Portman gradually slipping in to delusional paranoia. He obsessive mother should share the blame, her claustrophobic home and childish links with childhood added to the scenario. But, as always, one complaint is the way the many actors mumble their words. I was between two and three stars, and as I paid hardly anything for it, and it did warm up especially towards the end. But I shall not be watching it again. The dancers were good, and I have seen the choreography of Benjamin Millepied before, and I have been impressed.
Us ballet fans know how hard work and dedication to the art of dance eventually takes its toll on the body, but in this case, it caused mental problems as well, so that the ending was inevitable.
続きを読む
1人のお客様がこれが役に立ったと考えています
違反を報告
レビュー を日本語に翻訳する

J. McDonald
5つ星のうち4.0 Black Swan.
2020年7月27日に英国でレビュー済み
Amazonで購入
Deliciously over-the-top psychological horror film; from the outset there are visual allusions and references (lots of black and white contrasts, wing-like patterns place in the backgrounds, etc.) to the white swan/black swan, good/bad premise that underpins the story of Swan Lake.
On the surface it charts the gradual slip into delusional madness brought on by obsessional dedication to her art by an unstable young dancer (Portman) who unexpectedly is given the prima ballerina role in the famous ballet; the pressure of the part - exacerbated by the narcissistic artistic director, her overbearing mother and her paranoid rivalry with another dancer all lead to her eventual mental collapse.
It's a lurid, melodramatic film that bears no relation to the realities of the dance world, but works as a baroque horror if one doesn`t mind the ballet clichés and obvious absurdities.
It's better on second and third viewing, but though entertaining enough, it remains a rather pretentious caricature of ballet.
In it`s favour, it's visually well-realised; a good many clever CGI effects are used and the dance sequences are good - Portman did quite a lot of her own dancing, but professional doubles were also used.
The standard UK DVD has a three part “making of” documentary that runs to 48 minutes in total and English subtitles are available.
3 ½ stars, ideally.
続きを読む
1人のお客様がこれが役に立ったと考えています
違反を報告
レビュー を日本語に翻訳する

Portman, who appears in every scene, is fantastic in the role and it is a stylish and involving film with a real feeling of claustrophobia. But there is a strange uneven tone in that it starts as a drama and then melds into horror (albeit with some very unnerving images - particularly the reflection in the costume-measuring scene). The script makes some big jumps - and while I appreciate it is hard to dramatise something internal like mental instability, it felt a bit of a rushed journey from shy, uptight Nina to full-on hallucinating Nina. But it's worth it for Portman's performance.
続きを読む
3人のお客様がこれが役に立ったと考えています
違反を報告
レビュー を日本語に翻訳する

Throda tzen
5つ星のうち5.0 “Dancing is also about letting go!” [Thomas]
2016年12月21日に英国でレビュー済み
Amazonで購入
In this 2010 psychological drama, insecure Nina Sayers (Natalie Portman) auditions for principal dancer in Swan Lake after the forced retirement of Beth Macintyre (Winona Ryder). Performing flawlessly as the White Swan she lacks the ferocity to play the Black Swan and when she asks the director to rethink, he forcibly kisses her and she uncharacteristically bites him. Gaining the part she returns home as her hallucinationsintensify and finds scratches on her back, but what does it all mean?
I found the acting, photography and audio to be above the norm with some good special effects thrown in, but the script held no surprises as it was obvious Nina is a schizophrenic self harmer on the verge of a breakdown from the start, all we see in the first half is her gradual decline under pressure [lose a *]. The reality is, this documents a breakdown under stress and insecurity in the workplace, which many people can identify with, which explains its success, but the start is too drawn out although the last quarter is action packed and intense [regain a *]. The story simply reflects the ballet itself, so holds no real surprises.
The disc goes to a main menu offering play, set-up [English, English audio descriptive, subtitles; English Hoh, Portugues, Suomi, off, more= Scandinavian and east European], scenes and extras [black swan metamorphosis; chapters 1, 2 & 3]. Rated 15 this uses the F word, contains ‘adult’ sexual conversation, has temperamental violence, self harm, masturbation, partial nudity, graphic groping, oral sex, drug taking and some intense scenes, it’s not really family viewing. A phenomenal box office success and strangely voted number 1 in Cosmopolitans most erotic film scenes list, its really the final quarter that lifts this above the dross gaining a grudging *****.and I believe if the cast had been unknown, this would have been an 18 rating and much derided.
続きを読む
4人のお客様がこれが役に立ったと考えています
違反を報告
レビュー を日本語に翻訳する

Nina Sayers (Portman) is committed to her art as a ballet dancer, she lives a secular life with her over protective mother (Hershey), herself a one time dancer. When Nina's ballet company announce that a production of Tchaikovsky's Swan Lake is seeking a new prima to play the Swan Queen, Nina pushes herself still further to land the role. But with the role comes more pressures. Her instructor, Thomas (Cassell) urges her to explore darker passions within so as to nail the Black Swan part of the role, her mother becomes even more over-bearing and a new arrival to the production, Lily (Kunis), pushes her fragile state of mind to the limit. Perhaps more worrying is that Nina appears to have a doppelgänger lurking within her enclosed world....

Black Swan, once the dust has settled, will prove to be a most divisive film. More so when under the scrutiny of a repeat viewing. How it holds up after the exhilaration of that first viewing has faded will be most interesting to observe. For Black Swan "is" at times "exhilarating", brilliantly performed by its cast principals, and in Aronofsky's hands it's directed with a hand-held panache befitting one of America's most talented directors: but is it the sum of its parts? Aronofsky has been quick to let people know that he views Black Swan as the sibling to The Wrestler, and fact is is that he reworks a lot of that film's particular aspects into this Swan Lake skin itcher; only now he's cloaking his subject in the darker side of the human mental condition. So if it isn't broke, don't fix it then. Be it the back drops (dim and raw), specialist entertainment professions or the suffering for their art central characters, Aronofsky clearly isn't pushing for a career reinvention here. However, he ups his ante visually and shows himself to be a dab hand at psychological horror. Other critics have name checked the likes of Polanski, De Palma and Cronenberg, those are all fair comparisons, and in the grand scheme of things, enormous pats on the back for Aronofsky.

He is also a director able to get career defining performances out of his charges, many have been quick to remember Mickey Rourke's much lauded turn as The Wrestler, lets not forget the performance he garnered out of Ellen Burstyn in Requiem for a Dream, too. Portman, tho, tops both considerably, pushing herself, like her character, to the limit for the role; with her director now on record after Portman's win for Best Actress at the BAFTA's as saying she's the best actress he has worked with thus far. Both Portman and Kunis undertook months of ballet training to put some reality into the film, with Portman gaining praise for her dancing in ballet circles. But from here is where the problems in the film begin to unravel. Ballet dancers we know are driven, it's a tough form of the arts, but in some quarters of the medium the film has been criticised for portraying the dancers negatively, and for over exaggerating their lives. It's a good point, because my lady partner who I first watched the film with felt that Nina comes across as a whiney whinger, and she is right. Nina as a character is hard to feel any sympathy for. This is more evidently annoying upon a second viewing, so much so it's debatable if you will even care about Nina once the applause has died down at the finale. Great performance, but written as unsympathetic or otherwise? Eh?

Another issue is the matter of sense, or the not making of to be exact. Many greats behind the camera have thrived on producing head scratchers, complex pieces designed to nag away at you as you try to sleep. The narrative here doesn't suggest anything complex, yet incidents don't add up, with one critical incident rendering the finale as questionable. It's also awash with clichés, but the crafty Aronofsky is able to mask such issues with smoke and mirror tactics, calling on his skills to avert the eyes with enjoyable visual flourishes that are essential to the tonal flow of his film. Technically all is wonderful and at times rawly lurid, sweeping cameras getting up close and personal, the music, the choreography and the grandiose sets, all impact hard on the viewing experience. While the film's blending of themes opens it up to a wider demographic audience; even if ultimately it's caught in the void between camp horror and serious psychological drama. Away from Portman the support is also crowd pleasing, Kunis is sly and slinky, Cassell is Mephistophelian and Hershey reminds us all that she can act.

It's sure to be a the top of many critics best of lists for 2010/2011, partly for being not of the norm and asking for use of the cranium: and partly because director and lead actors make it compulsive viewing. While it's sure to engage fans of dance and classical music. But after taking off the tutu and slippers, and unwinding with a glass of wine, it shows itself to be a film that's far from flawless, and certainly not the masterpiece that already some insist the film to be. Maybe it should be watched just once and not pored over to truly get the benefit? Maybe? 7.5/10
続きを読む
違反を報告
レビュー を日本語に翻訳する
すべてのレビューを参照します
トップへ戻る
Amazonについて
Amazonでビジネス
Amazonでのお支払い
ヘルプ＆ガイド
日本語ショッピングのための言語を選択します。 日本ショッピングのための国/地域を選択します。
© 1996-2020, Amazon.com, Inc. or its affiliates