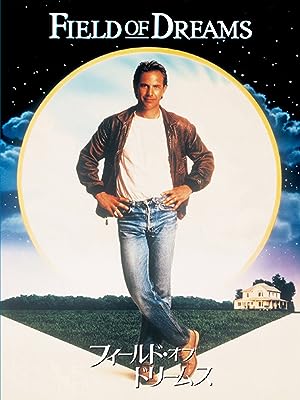 Robert M Robinson
5つ星のうち4.0 Where are the extras?
2019年2月6日に英国でレビュー済み
Amazonで購入
Five stars for the film, I love it, but I’ve docked one star for the missing extras which are on the dvd version.
After I’ve watched a film on disc I really like to go through any extras on there which might give some background to the production of the film. Field of Dreams is a good case in point as there is a short film ( on the dvd) that gives you a good insight into the problems they faced in production. Now I really enjoy this kind of thing so when I upgraded to blu ray I was so disappointed to find that there are no extras at all. None. Why?
This is a trend I’m noticing more and more with blue rays, which means I have to hang on to the dvd which I would otherwise pass on to someone. This in turn will create storage problems in future. I know this sounds trivial to some but it’s beginning to bug me now. So to the manufacturers I say come on, you’re getting our money twice so give us the full package please.
続きを読む
7人のお客様がこれが役に立ったと考えています
違反を報告
レビュー を日本語に翻訳する

Elleppi
5つ星のうち4.0 A lovely little gem, that moves and touches our heart with magical simplicity
2015年9月8日に英国でレビュー済み
Amazonで購入
A magic and simple film that awaken emotions and a sense of belief in something else than mere objectivity, making us feel and see the world with different eyes. It's the miracle the sometimes Hollywood and American cinema was still able to create, through the enchantement of nature, affection, and that leap of faith that can make us change our life.
And it is also a film about a nostalgic desire of reconnecting to the past and win death in order to celebrate what can still keep us alive.
A film that still believes in the american dream, in a refreshing way that finds a new start from our little everyday things, our community, a house in the field, wind at night blowing across the corn.
Costner is moving and pure in his genuine performance, confirming his self-contained, natural, effortless acting style (which makes a star without glamour), while Lancaster makes his last magic gift to the audience. And that is the real and emotional miracle of the film: something hard to forget, like he decided to leave his heritage through this lovely little story.
Blu ray is quite good and preserve the gentle light of the film
続きを読む
3人のお客様がこれが役に立ったと考えています
違反を報告
レビュー を日本語に翻訳する

Spike Owen
5つ星のうち5.0 Capra meets Serling for 1980's joyously multi genre hankie wetter.
2011年8月12日に英国でレビュー済み
Amazonで購入
Coming back to Field Of Dreams over 20 years after its release finds this particular viewer beaming with happiness that the warmth I felt way back when still washes over me in the same way. Director Phil Alden Robinson (All of Me/Fletch) manages to turn W.P. Kinsella's novel, Shoeless Joe, into a multi genre film with deep emotional heart for both sexes to latch on to. It has a beautiful mix of mythology and family values that come together to realise a dream that ultimately rewards those viewers who are prepared to open themselves up to pure fantasy with a deep emotional core.

It was nominated for best picture in 1989 because it struck a cord with so many people, it's not just the thematic heart of the film that delivers, it's also the actors on show who perfectly realise this delightful tale. Kevin Costner is surrounded by great workers in Ray Liotta, James Earl Jones, Amy Madigan and Burt Lancaster, and he wisely lets these actors dominate the scenes that he shares with them, it's something that is an often forgotten good point of Costner's performances; that he is comfortable to let his co-stars dominate important narrative snatches. However, he is the glue that binds the whole film together, it's quite a naturally engaging performance that rightly gave him the star status he would achieve post release of the film.

As a born and bred Englishman I don't profess to appreciate just how much a way of life Baseball is to Americans, but I do have my own sports in England that I'm happy to dream the dream with in equal measure, and with that I understand all the themes in Field Of Dreams big time. Most of all, though, I can involve myself with its family values, the dream of dreams, and because it's undeniably pure escapist cinema for those who aren't afraid to let their respective guards down for a wee short while, the rewards are many. With a lush James Horner score evocatively layered over the top of it and John Lindley's photography almost ethereal at times, production is suitably in the fantasy realm.

Never twee or over sweet, Field of Dreams is a magical movie in more ways than one. A film that manages to have its cake and eat it and then closes down with one of the most beautiful endings of the 80's. Field of Dreams, still hitting Home Runs after all these years. 9/10
続きを読む
6人のお客様がこれが役に立ったと考えています
違反を報告
レビュー を日本語に翻訳する

Mrs. Jean Bates
5つ星のうち5.0 1989 - still excellent in 2015
2015年12月3日に英国でレビュー済み
Amazonで購入
Happened to see part of this film on the television and wanted to see the whole thing. As usual Amazon came up trumps and it was available. Delivered in no time at all - perfectly wrapped as usual. Film can be watched as entertainment or can be taken, as I think it is meant to be, very deep and thought provoking and depth of character - very interesting, very good and a tear jerker which can only mean one thing - excellent.
続きを読む
2人のお客様がこれが役に立ったと考えています
違反を報告
レビュー を日本語に翻訳する
すべてのレビューを参照します
トップへ戻る
Amazonについて
Amazonでビジネス
Amazonでのお支払い
ヘルプ＆ガイド
日本語ショッピングのための言語を選択します。 日本ショッピングのための国/地域を選択します。
© 1996-2020, Amazon.com, Inc. or its affiliates