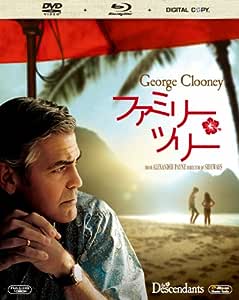 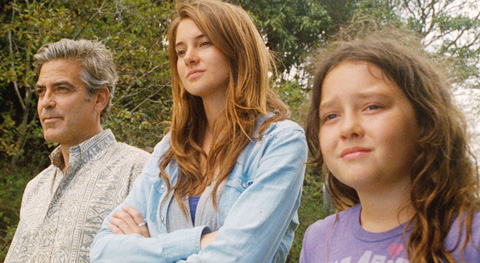 Campobello
5つ星のうち5.0 A thought provoking film, I thought
2012年10月20日に英国でレビュー済み
Amazonで購入
This film has won several Academy and Golden Globe awards, so this must be a good film, right? Well, that depends on which of the three categories of people you fall into.

This is not a film with a plot that is action packed. In fact, the film covers just few days following a fatal accident by the wife of George Clooney's protagonist, and how he and his family copes with the tragedy. Just like in a real life, there is not much drama for the most part. But once in a while, life challenges you to live up to be who you really are. Like, dealing with the hostility of your father-in-law, dealing with a repugnant boyfriend of your teenage daughter, and dealing with the revelation of your wife's infidelity from your daughter just when you are up to your neck with coping with your wife's impending death. At heart, this film is about a man who, through the tragedy of losing his wife, comes around to taking responsibility as a father and keeping his family from breaking apart. Clooney is brilliant as ever, but a major surprise was to see a newcomer, Shailene Woodley, playing a teenage daughter who, over the course of this film, grows up and be supportive of her father in coping with the events as they unfolded. Reminiscent of Debra Winger in her early years, this young actress is to be watched in future films. It was also a delight to see Judy Greer, whom I first noticed in Three Kings and What Women Wants; it is a mystery why she has remained underappreciated for a long time, as her acting has always been memorable despite being minor roles.

So, if you are one of these fortunate people who have no problems in life, and are just looking for a couple of hours of entertainment, then this film may let you down badly. However, if you are at a stage in your life where you are grappling with the issue of being a good father, or just being a good man, then this film will give you things to think about long after you finished watching this film. A question I kept asking myself was, "would I be able to behave in the way Clooney's character did?" and to be honest, I fear I would do far worse. In this regard, this film is similar to Alexander Payne's another poignant film, About Schmitt, which posed an uncomfortable question whether at the end of your life you would come to regret the way you lived your life. For those of you who want to avoid regretting about these things when it is too late, then this film is for you. I am in this category so I gave it 5 stars.

Oh, and for those in the third category, the die-hard George Clooney fans, forget about all these accolades the Academy, BAFTA and the Golden Globe have bestowed. Just watch this film, you won't be disappointed by his delicately restrained performance.
続きを読む
5人のお客様がこれが役に立ったと考えています
違反を報告
レビュー を日本語に翻訳する

Nigel R.
5つ星のうち5.0 A superb movie
2020年1月2日に英国でレビュー済み
Amazonで購入
This lovely, & touching movie is simply a joy to watch, & George Clooney is masterful in his role as a father of a disjointed family.
I normally prefer action movies, but this film simply touched my heart, & I would recommend it to anyone, as it is made with care & consideration, & reflects the problems of many in our hectic world.
続きを読む

5つ星のうち5.0 A superb movie
2020年1月2日に英国でレビュー済み
This lovely, & touching movie is simply a joy to watch, & George Clooney is masterful in his role as a father of a disjointed family.
I normally prefer action movies, but this film simply touched my heart, & I would recommend it to anyone, as it is made with care & consideration, & reflects the problems of many in our hectic world.

MJS
5つ星のうち5.0 The Decendants
2018年11月14日に英国でレビュー済み
Amazonで購入
If you haven't seen this film, go treat yourself to a copy. Personally I think this is one of George's best films, heartwarming, deals with relationships, pain, anger, emotions, understanding, betrayal - all handled with care in this film.
George in flip flops is a must :)
続きを読む
違反を報告
レビュー を日本語に翻訳する