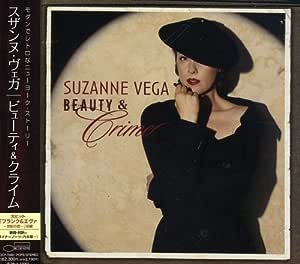 Mr. N. R. Partridge
5つ星のうち5.0 Vega at her best!!!
2008年2月6日に英国でレビュー済み
Amazonで購入
This album is modern, nostalgic, thought provoking and enchanting. For me this was one of the top 3 c.d's of 2007. Sadly, because Suzanne is not in her 20's, does not not live her life in the full glare of the media, and is not stuck in the revolving doors of a rehab clinic, her work is largely overlooked by the mass public and underrated by the critics (though critics by and large were fairly positive.) But this album is a real gem and like most gems, it's a real delight once it has been discovered.
続きを読む
1人のお客様がこれが役に立ったと考えています
役に立った
フィードバックを送信中...
フィードバックをお寄せいただきありがとうございます。
申し訳ありませんが、お客様の投票の記録に失敗しました。もう一度試してください。
違反を報告
レビュー を日本語に翻訳する

Morten Vindberg
5つ星のうち4.0 Rewarding Listening!
2007年7月8日に英国でレビュー済み
Amazonで購入
It's been about six years since Suzanne Vega released her last (underrrated) album "Songs in Red and Grey". Now she has recorded and released 11 fine new songs. In the meantime we've experienced 9/11 and Suzanne has lost her younger brother Tim; two events which play a role on "Beauty and Crime", which has New York as some kind of overall theme in the lyrics.

She has changed label to Blue Note (EMI) and has a new producer Jimmy Hogarth. Still musically it's mostly her well-known approach based on her acoustic guitar and arrangements that have a great diversity in style and instrumentation.

On this album I generally find the songs with the acoustic guitar as the dominating instrument the most successful. "New York is a Woman", "Edith Wharton's Figurines" and "Anniversary" are all stand-outs, the latter has some extraordinary great harmony vocals - all classic Vega.

As usual it's always a great pleasure to read Vega's clever and observant lyrics, so though the album may not contain immediate "hits" like "Luka", "When Heroes Go Down" or "I'll Never Be Your Maggie May", it's very rewarding listening and an album that can be returned to again and again.

nicjaytee
5つ星のうち5.0 The best so far?
2007年7月24日に英国でレビュー済み
Amazonで購入
Trying to objectively assess any record a matter of weeks after its release is difficult, particularly when it's from such a complex artist as Suzanne Vega - as her previous albums show, her inherently "catchy" songs need time register for their underlying strength and hidden depths to be revealed... but, with time, it's quite possible that this could well prove to be the best release from this supremely gifted artist.

Why? Well, first off, "Beauty & Crime" once again confirms that for sheer songwriting skills she's extremely hard to beat. As with most of her previous output it's infused with great tunes, disarmingly sincere lyrics and clever production, all of which combine to make it not only instantly "likeable" but a record that just grows on you with every repeat playing. Few, if any, artists have delivered this type of eclectic combination with such consistency and now, over 20 years from her debut, it further establishes her status as the most under-rated female singer/songwriter out there.

And, compared to her previous albums? Well the bad news is that, as with her last release, "Songs in Red and Gray", there's not much innovation here... bad news because as she showed on her 90's recordings her style is perfectly suited for more adventurous production, taking her out from the comfort of folk/rock into more challenging areas. But that's clearly not where she wants to be... "Beauty & Crime" is what she wants us to hear and the good news is that it's not only a stunning return to form but a quite beautiful record that's packed full of hauntingly memorable songs. Sure, the edginess of standout tracks on her early albums such as "Left of Centre", "Neighbourhood Girls", Luka" & "Solitude Standing" may be missing but it's been replaced with something equally good: the maturity & reflection that comes with age - check out "Zephyr And I" and "Ludlow Street" to see how good this can be.

Michel Trahan
5つ星のうち3.0 Kind of a disapointment...
2012年2月3日にカナダでレビュー済み
Amazonで購入
I have been a fan of Suzanne Vega since I "accidentally" stumble upon her music in the mid 80's... I always liked her how her stories... But for a reason or another, I have a hard time warming up to this CD.

Kindle Customer
5つ星のうち5.0 Great Album and Excellent delivery
2014年2月10日に英国でレビュー済み
Amazonで購入
More about the delivery and company rather than the music. Item was double packaged in two protected envelopes. CD even had a plastic sleeve and everything was unmarked. It was delivered faster than Amazon's as well.