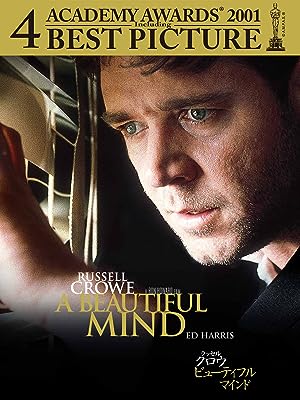 Ozymandias
5つ星のうち5.0 A Beautiful Movie..........on so many levels.
2016年4月22日に英国でレビュー済み
Amazonで購入
There are not all that many reviews of less than 5 stars about this one. The "Amazon review" suggests that this portrayal of a schizophrenic mind lacks accuracy and believability. Well. I very much doubt that said reviewer actually suffers from schizophrenia whereas I was diagnosed with it almost 22 years ago, and for those of you that are unaware, it is in almost every case chronic, i.e. incurable, i.e. lifelong. So I continue to be medicated to this day.

Something else the reviewer might not have is a high level of intellect as is often the case too with schizophrenics, as the highly analytical mind contributes to it. John Nash was a Nobel Prize winning mathematician, I merely studied chemistry at Oxford University, so whilst not nearly in his league I possess some degree of brainpower myself.

The delusions for a start are based in truth, so for the esteemed reviewer to trash the style of the presentation, well I'm not too sure where the expertise to say that has come from. When I had my first "psychotic episode" in 1994, when I, my family and friends, work colleagues (I was also doing a pressurised and demanding job in both stress level and long hours) and medical helpers all hoped it was a one-off (the "label" changes to schizophrenia once it keeps recurring), I also had hallucinations, delusions, altered perception of reality.........in other words a created and false reality. John Nash's perceived reality is not stretched or unique at all. When he jokes about his "saviour complex", often called a "messiah complex" (a term cleverly and hilariously utilised by Russell Brand), indeed there are many delusional schizophrenics that are consumed in that particular delusion very commonly. I would assert that if Jesus Christ (yes I know he was a normal guy just bear with me) came a second time - a joke for Christians - he would be locked up as well as his ideas would be indistinguishable from all the other messiahs. Perhaps he has already been, and lived and died without recognition? Maybe a number of times!

Delusions can be like that or perhaps involving extra-terrestrials, waking nightmares where the subconscious mind invades the conscious mind with ideas from anywhere. Things one has read about, seen in horror movies. Paranoia, as Nash displays all the time - one of the very worst phases is when one begins to be treated by mental health professionals - you don't know who they are, or where you are or what's in store. I was "sectioned", so like Nash, locked up. You fear for your life, or worse. Highly paranoid. It's absolutely terrifying.

The other thing that happens, as in the movie, is that once you start to take your medication, and of course that takes some while due to the huge distrust of the whole environment, if it begins to work and the mind settles, you don't understand that the drugs have achieved that, so you stop taking them because you are getting better, back towards normality. So you relapse. Very common indeed.

So the film is highly realistic, take it from someone that's been there and around others that have been there. As well as the fact that Nash went through this stuff, for real (unreal).

I agree with the reviewer that says that Russell Crowe should have won the Oscar that Denzel Washington got. I am a big fan of Denzel and of Training Day but this performance is just streets ahead. And when you put this performance against the one Crowe was recognised for, in Gladiator, you've got an actor that can pretty much do anything. His arrogant claim to be the best actor in the world might well be a fair appraisal, if not the best of all then in the company of Pacino, Washington, De Niro, DiCaprio, Hoffman (that's Dustin and not Philip Seymour), underrated giant Gene Hackman and such.

I have watched this today for the second time, I saw more, laughed more and certainly cried more than the first. To see someone fall from a great height from high achiever to pure madness (the reactions of the people around him and their horror and disbelief that a man so clever suddenly can make no sense of anything) is heartbreaking to anyone, just imagine having been through it it's like a petrifying gaze into some cosmic mirror.

And then to see how he was able to regain control, to recognise the love of his unfaltering wife and her belief in him, to keep the demons at bay, and to rise to accept the Nobel Prize after going through such horrific and alienating experiences, is indeed beautiful. I think that in the last quarter of an hour of the film (especially the "pens" scene), my tears were an uncontrollable flood. A similar feeling to the last scene of It's A Wonderful Life but a hundred times more because of the life that I lead and have led.

Simply one of the greatest films I have ever had the privilege to see. I hope not too many people have had to look into that cosmic mirror when watching it, though it has much more power if you have.
続きを読む
38人のお客様がこれが役に立ったと考えています
違反を報告
レビュー を日本語に翻訳する

Sasha Bell
5つ星のうち5.0 Excellent portrayal of mental health issues
2017年5月15日に英国でレビュー済み
Amazonで購入
Absolutely brilliant, a truly inspired true account of a troubled mind and the consequences for himself and his family. It shows what it's like to live in a world that no-one else can see, touch, or believe in. How can you get across to 'them' on the outside of your world that what you are experiencing is REAL, that is, real to you anyway. I thought this was a wonderful way to not only explore the world of mental health issues, but to SHOW other people what it looks like and feels like to those experiencing it.
続きを読む
9人のお客様がこれが役に立ったと考えています
違反を報告
レビュー を日本語に翻訳する

Stuart Tomlin
5つ星のうち5.0 A Masterpiece
2017年1月11日に英国でレビュー済み
Amazonで購入
I think this may be Russell Crowe's standout performance. Forget Gladiator, this actually showed that he could act.

I love this film, perhaps because I can relate to the main character a little more than I really should be able too.

This is a fantastic film about one of the greatest mathematicians of all time. The kind of people films should be made about. The recent film 'The Man Who Knew Infinity' is very similar, and also a thing of beauty.

A Beautiful Mind is a powerful yet touching movie, that allows you a glimpse into the broken mind of a genius.

This is definitely a film that you can watch again and again and get something new from it every time.

Paul L Carter
5つ星のうち5.0 Worth watching
2017年7月29日に英国でレビュー済み
Amazonで購入
Know this film very well and use if frequently as part of a Schizophrenia module in A level psychology - it depicts schizophrenia an a way which raises understanding and treats it seriously rather than parodying the symptoms.
In my view the main performances (Crowe, Connelly and Harris) are outstanding and the story is well paced, I also like the way it requires attention to what is going on on screen.
It's however a film and some of the criticisms about it being a sanitised version of John Nash's life may well be justified, but that does not detract from the overall achievement of a watchable film which clarifies some of the issues with the condition, as well as mapping the life of an influential mathematician.
続きを読む
5人のお客様がこれが役に立ったと考えています
違反を報告
レビュー を日本語に翻訳する

Sylvia
5つ星のうち4.0 A Great Film!
2019年2月25日に英国でレビュー済み
Amazonで購入
I kept missing this film and I am really glad I made a point of buying it on DVD. I really enjoyed it and Russell Crowe is great - as ever. What a pity that the mathematician does not seem to have been as sympathetic in real life, although I suppose it would have ruined the story's "Ah factor" if the marriage ended much earlier in divorce....as it really did. Still, watched as partly fiction, it was an enjoyable experience which I would recommend.
続きを読む
1人のお客様がこれが役に立ったと考えています
違反を報告
レビュー を日本語に翻訳する
すべてのレビューを参照します
トップへ戻る
Amazonについて
Amazonでビジネス
Amazonでのお支払い
ヘルプ＆ガイド
日本語ショッピングのための言語を選択します。 日本ショッピングのための国/地域を選択します。
© 1996-2020, Amazon.com, Inc. or its affiliates