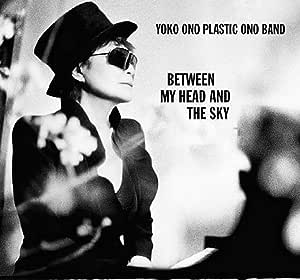 Japanese pressing of her 2009 studio album includes one bonus track.

Tony
5つ星のうち5.0 Outstanding
2010年9月13日に英国でレビュー済み
Amazonで購入
I must admit my first experience of Yoko Ono was Live in Toronto 1969 - Oh my god was that a car crash of vocals. Put me off for years.

Move forward 40 years I can now see that she was far ahead of her time and this album is thoughtful (lyrically), rocky and also filled with tender melodies.

Yes she still uses the Kabuki style of singing in some of the songs, that is a cultural thing and introducing this to a western audience has been one of her constants. I understand this style much better now and it has grown on me. All those who have criticised her in the past are as much commenting on this aspect of her vocal style.

What makes Ms Ono so unique are the extraordinary strength of her melodies which remain in your subconscious and are instantly recalled. Her melodies are the chorus and largely make up the entire song.

I love the simplicity of her lyrics which at the same time are really quite profound.

The booklet accompanying the CD cover the lyrics in English and Japanese and has some beautiful artwork and graphics contained with.

This has been on my player nearly constantly since purchase - it ranks in my mind as one of the best contemporary albums of this century.

Buy and enjoy - I think this will have the same longevity as Seasons of Glass and Rising.
続きを読む
1人のお客様がこれが役に立ったと考えています
違反を報告
レビュー を日本語に翻訳する

Andy Sweeney
5つ星のうち5.0 I'm going away smiling...
2009年12月14日に英国でレビュー済み
Amazonで購入
Before I tell you my thoughts about "Between My Head & The Sky", I ought to tell you where I'm coming from. Firstly, I don't own any of Yoko Ono's other solo albums. I come to this album via the critical acclaim that some magazines/online reviewers lavished upon this piece of work and the interest that comes knowing that Sean Lennon was heavily involved. Of course, being a Beatles fan and owning all of John Lennon's solo work, it could be said that I am already fairly familiar with Yoko's artistic style, but I am definitely not, traditionally, what you could call a fan of all of her work. Although I like a few of her tracks which appear on the joint Lennon/Ono releases, there was also much that I disliked, so this was a bit of a "risky" purchase for me.

As far as I'm concerned, this is neither a bad album or a wholly brilliant one, but it's much closer to the top end of the spectrum than the bottom - there are a couple of tracks I really don't care for but more than a handful of tracks which are superb and it has to be said that I've enjoyed "Between My Head & The Sky" a whole lot more than I thought I would. Paradoxically, it is Yoko's individual style which both makes the excellent tracks great and the weaker tracks difficult to listen to, but that is something I have always admired about her, the ability to present her artistry without any compromise. If you really, truly dislike Yoko's style, then I doubt if there is anything on this album which will change your mind about her. If you love Yoko, then I'm quite sure that you'll love it. However, if you are the same as me and there are tracks of hers which you've enjoyed in the past, yet felt nonplussed about others, then perhaps you should give this a go as this is likely to give you a greater appreciation of and respect for Yoko's talent. Her vocal talents are truly remarkable for a lady of her age - she sounds no different on this recording than she did in 1980.

My favourite tracks include the superb opener, "Waiting For The D-Train", quite a heavy rock/dance piece with typically other-worldly Ono vocals. "The Sun Is Down" is a chilled, classy electronic dance number and, quite simply, one of the best things I've ever heard Yoko produce. "Feel The Sand" is a beautiful song, very spacious, with a spoken vocal wisely imploring us to be more in tune with the planet and it's truly brilliant, as is the very emotional "I'm Going Away Smiling", a really remarkable and sadly poignant song. I especially love the ending - "no tears". My last pick of the album is the Japanese/English track "Higa Noboru", which features understated vocals over a beautifully rolling, wistful piano line. The only tracks I really don't care for are "Moving Mountains" which features the kind of free-form vocals which have turned me off Ms. Ono's work in the past and "Calling" which features a lot of moaning over a heavy rock background - simply not my cup of tea, I'm afraid. Everything else, however, is more than simply listenable, it's interesting, artistic and much, much better than most people, including myself, could have expected. This is the kind of record which has started me thinking that I may have under-appreciated Yoko's songwriting talent in the past and makes me want to explore her solo work a little more.

lose weight
5つ星のうち4.0 Yoko's latest offering
2010年1月22日に英国でレビュー済み
Amazonで購入
Not a bad effort from Yoko and her Plastic Ono Band. There is the hypnotic drone of "Waiting for the D Train", the electo-funk of "The Sun is Down!", Jazz inspired "Ask the elephant!" which is quite fun. Yoko is singing for World Peace as usual. I find the Japanese language ones a bit baffling, so can't be bothered with those. Recommended for anyone with even a casual interest in Yoko Ono and her post -Lennon career, this ain't half bad. Pity that Lennon got shot.
続きを読む
違反を報告
レビュー を日本語に翻訳する

Hier also meine uneingeschränkte empfehlung für "Between My Head And The Sky":