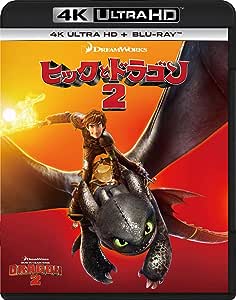 The Movie Diorama
5つ星のうち5.0 How To Train Your Dragon 2 packs twice the amount of emotion and beautifully rendered dragon scales.
2019年1月28日に英国でレビュー済み
Amazonで購入
How To Train Your Dragon 2 packs twice the amount of emotion and beautifully rendered dragon scales. When I said the first film caught me off guard with its surprising amount of intensity. Well, its sequel may have just bested it. From epic large scale battles on land, sea and air to investing character development between a broken family. This a near-perfect family adventure that is hands-down the best film from DreamWorks since 'Shrek 2'. Hiccup's village has now embraced dragons, and his thirst for exploration grows. Whilst venturing across the vast seas, he comes across an antagonising maniac who wants to conquer the world by controlling dragons. What this sequel does, which many fail to do, is mature the franchise. Hiccup and his viking friends are now young adults, and so their thought process and understanding of the world has matured with its audience. And I cannot understate how important that is. They could've easily replicated the original and played it safe, but evolving the characters through age allows more emotion to come through. The enamoured relationship between Hiccup and Toothless juxtaposes the fragmented bonds between Hiccup and his parents, and it works! It so works! And I found myself quickly becoming connected with every character and the tangible connections between them. Upon the arrival of the third act, DeBlois just puts everything on the table. Soaring dragon battles that lead to a sense of loss where Hiccup may actually not prevail. With so much at stake, you are automatically absorbed. The absolute gorgeous animation just complements the fantastical world that is presented. Lighting was improved, character models were smoother and the animation itself was divine. Improvements all round! Plenty of comic relief (particularly from Ruffnut) to ease the grandeur of its story and, well, packed with so much heart and sincerity that it often overwhelms. If it wasn't for Drago being underdeveloped as a villain, this may have got the perfect rating. Alas, it is an outstanding piece of animation from a series of high-flying films that came out of nowhere.
続きを読む
7人のお客様がこれが役に立ったと考えています
違反を報告
レビュー を日本語に翻訳する

AmIWill
5つ星のうち5.0 3d or not 3d, that is the question.
2017年4月20日に英国でレビュー済み
Amazonで購入
What a cracking film. This breaks the mould of sequels not being as good as the original. This one is just as good, if not better. The 3d version really works well, with DreamWorks concentrating on the film, not the effects. Having said that it really is a good 3D film that will show your 3d TV off to its best capability.
続きを読む
2人のお客様がこれが役に立ったと考えています
違反を報告
レビュー を日本語に翻訳する

Mr. D. M. Baker
5つ星のうち5.0 A great sequel to the first film.
2015年1月21日に英国でレビュー済み
Amazonで購入
Like the previous film it remains very loosely connected to the books but I know in this case it makes for a better film. It is also different enough that you can enjoy the films and books as separate entities. (Films that are supposedly following books often annoy me with their transgressions.) All your favourite characters are back and this film introduces some great new ones. There are also some good surprise twists along the way. Like the first the flight scenes in particular look amazing in 3D. One of the best films I've seen recently. BRAVO!
続きを読む
4人のお客様がこれが役に立ったと考えています
違反を報告
レビュー を日本語に翻訳する

mae93
5つ星のうち5.0 Christmas present!
2015年12月26日に英国でレビュー済み
Amazonで購入
Bought this for my husband as we both loved the first animated film! He had been wanting to watch the second one but never got the chance so I got it for him as a little present for Christmas. Its the first one he chose to watch yesterday! We haven't watched the whole thing yet but love the animation as it looks much better than the first one and of course the new continual story compared to most films!
続きを読む
5人のお客様がこれが役に立ったと考えています
違反を報告
レビュー を日本語に翻訳する