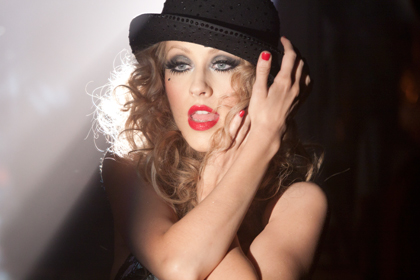 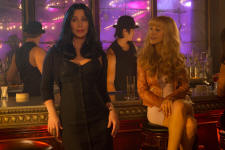 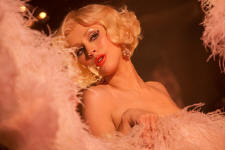 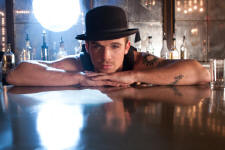 Cheryl
5つ星のうち5.0 Cheesier than cheddar but oh so good!!! I LOVE it!!!
2017年3月8日に英国でレビュー済み
Amazonで購入
So this film is cheesier than cheddar but oh so good!! It really gets you in a happy mood and makes you want to dance around your living room! Some amazing dance routines, great singing and beautiful costumes. I love the music in this film, so much so ive danced to some of them on stage. If you ddont mind the cheese this ones for you!!
続きを読む
5人のお客様がこれが役に立ったと考えています
違反を報告
レビュー を日本語に翻訳する

Mr. J. A. Bentley
5つ星のうち5.0 A glossy look at Burlesque.
2020年12月30日に英国でレビュー済み
Amazonで購入
This film with Cher and Christina Aguilera as the principal actresses is really good entertainment, beautiful girls, top music numbers and settings can't help but please the eye, no harsh reality here and a happy ending both for Chere,s financial troubles and Christina,s affairs of the heart make this a watch worth repeating, just forget reality. Top backup from Cam Gigandet and Stanley Tucci adds to the pleasure of this fantasy.
続きを読む
違反を報告
レビュー を日本語に翻訳する

Cher and Aguilera contributed to the soundtrack album, with Aguilera contributing eight out of the ten songs and Cher taking the remaining two. The album was released in the USA on November 22, 2010[4] and received two nominations at the 54th Grammy Awards. The song "You Haven't Seen the Last of Me", penned by Diane Warren and sung by Cher, won the Golden Globe Award for Best Original Song in 2011, while the movie was nominated for the Golden Globe Award in the Best Motion Picture – Musical or Comedy category. The film has grossed over $90 million worldwide. It is rated PG-13.
続きを読む
違反を報告
レビュー を日本語に翻訳する

Superscottish
5つ星のうち3.0 Had so much potential...
2012年9月21日に英国でレビュー済み
Amazonで購入
I bought this as I love a good chick flick, expecially if it has some good music and dancing in it. Given the cast includes Cher and Christina I was pretty optimistic about it.

The story follows small town girl Ali as she moves to LA to try and become a star. After a day of unsuccessful atempts to find a job, she stumbles on Burlesque, owned by Tess (Cher) and sets out to get a spot on the stage. At this point you start to feel like you are watching any number of other similar films (Cayote Ugly, Make it Happen etc)

Don't get me wrong, the dancing and costumes and great, but the songs are only ok with none being particulalry memorable. Ali often comes off as whiney or just completely unrealistic while Tess seems to just yell at people a lot. The bonding moment between Tess and Ali is cringe worthy and doesn't feel real. I did enjoy Kristen Bell as the opposition to Ali, she played the egotistical star well. The 2 male leads are charming and defeintely nice to watch. Cam Gidget provides a surprising amount of comedy to the film.

Overall this film has some good points but if you are looking for a good "small town girl makes it in the big city" I would stick with Cayote Ugly.
続きを読む
1人のお客様がこれが役に立ったと考えています
違反を報告
レビュー を日本語に翻訳する

Book Maniac
5つ星のうち5.0 Great film
2020年6月10日に英国でレビュー済み
Amazonで購入
I love this film and have watched it a few times on TV. Decided to get the DVD so that I can choose when to watch it in future. Great singing and dance routines and a good back story. The costumes and routines are a bit raunchy so not for prudes. If you have never watched this then I highly recommend it.
続きを読む
違反を報告
レビュー を日本語に翻訳する
すべてのレビューを参照します
トップへ戻る
Amazonについて
Amazonでビジネス
Amazonでのお支払い
ヘルプ＆ガイド
日本語ショッピングのための言語を選択します。 日本ショッピングのための国/地域を選択します。
© 1996-2020, Amazon.com, Inc. or its affiliates