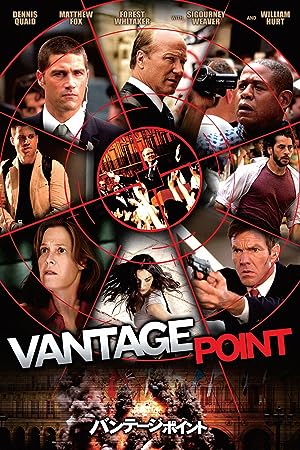 david doherty
5つ星のうち2.0 Violent and disturbing.
2020年5月6日に英国でレビュー済み
Amazonで購入
This is a cleverly worked film which, with each replay of the violent scenes depicted, allows the viewer to begin piecing the jigsaw of the plot together. But if you don’t like scenes of hardcore violence and emotional distress, it will make for some gentle souls like myself, painful viewing. Having read one or two of the reviews above I am appalled that parents would consider letting their young teenage children watch this movie. Perhaps there is a certain appeal in seeing evil punished with the film’s ruthless conclusion and I get that some people might enjoy watching a film which is relentlessly fast paced and clinical from start to finish. But I find something very callous and disturbing about watching ordinary people gunned down in cold blood by terrorists. Definitely not one I’d watch again!
続きを読む
違反を報告
レビュー を日本語に翻訳する

Dazman
5つ星のうち5.0 Riveting, engrossing and superbly directed
2009年2月9日に英国でレビュー済み
Amazonで購入
When this first came out I was not overly interested in seeing this film, but thankfully I was able to buy this for just £2.50, so I thought I'd give it a chance, to say the least I'm very pleased that I did.

I tend to watch between 30-50 films per week and I can honestly say that this is the best film I've seen for at least a month or so.

The way that this film is portrayed going from one person or set of persons perspective are superbly inter-twined, the suspense and tension is cranked up a notch with the telling of each persons own view point or vantage point.

It's a film that had me on the edge of my seat from the start to the very end and I think that both the director and editor deserve a huge amount of credit for keeping the film flowing from one view point to the next and it's not until the last 10 minutes or so that everything comes together via a terrific car chase, we then see the end of some of the view points as well as the conclusion as to what the final outcome is too.

I'll certainly be watching this for years to come, but if nothing else I'd highlt recommend hiring if nothing else.
続きを読む
1人のお客様がこれが役に立ったと考えています
違反を報告
レビュー を日本語に翻訳する

Amazon Customer
5つ星のうち5.0 A great film viewed from unusual angles.
2017年5月26日に英国でレビュー済み
Amazonで購入
To say this film is 9 years old now it is surprisingly well made and entertaining. I only buy films to be entertained and this one certainly hit the mark. It is a very unusual film in that it keeps running the same scene as seen by another person. This may sound very odd but it works really well indeed. I would recommend this film to anyone.
続きを読む
1人のお客様がこれが役に立ったと考えています
違反を報告
レビュー を日本語に翻訳する

Caroline J
5つ星のうち5.0 Great movie
2013年11月28日に英国でレビュー済み
Amazonで購入
I saw this movie at the cinema and just had to get it on dvd. Watch it with my 15 and 13 year old children who were not confident in my choice of dvd last weekend but they too loved it. This is a sit and watch movie, you cannot miss a moment as you could lose the plot. 12 mins or so are re - run several times from different 'vantage points', the the movie continues and all the questions are answered. I love this film
続きを読む
2人のお客様がこれが役に立ったと考えています
違反を報告
レビュー を日本語に翻訳する

Brendan Ray Cyrus
5つ星のうち4.0 Ground Hog Day on steroids
2009年8月1日に英国でレビュー済み
Amazonで購入
Having purchased this on Amazon for under £2, i must confess i was blown away by it. Putting aside all the negative reviews here, i found the film to be a highly entertaining action thriller, which starts slow, but accelerates steadily into overdrive at the end.

Like most films that emphasise action, character development and complex plot evolution are not priorities, but both are sufficient to keep the entertainment coefficient high.

The long car chase scene has great choreography and is just thrilling to watch; it rivals the classic car chases in "The French Connection" and "Ronin" and the Bourne movie. Well worth watching at least once. Directed by Peter Travis.