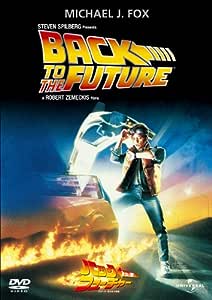 Albatross
5つ星のうち5.0 As good as it ever was
2017年12月27日に英国でレビュー済み
Amazonで購入
There are some films that are just timeless and everyone should watch (especially in today’s climate of remakes, reboots and reimaginings). Basically, see it before it gets horribly remade with overblown computer effects and wafer-thin characters that you simply just don’t care about. By now, you can probably already tell that I love this film and I’m effectively going to ‘gush’ about it, so if you just want to accept now that it’s a definite 10/10 you might as well stop reading now. However, if you’re vaguely interested as to why I think it’s so – technically – perfect, then feel free to read on. In case you’re one of the few people that have been living in 1955 all your life and have only just arrived in our year courtesy of a time machine, you may need to know that ‘Back to the Future’ is about time travelling. Marty McFly, played by the ever youthful Michael J Fox, gets caught up in eccentric inventor, Doc Brown’s, latest scheme to build a time machine out of a DeLorean car. Naturally, things don’t go smoothly as he inadvertently ends up in 1955 and accidentally interferes with the very moment his parents got together, therefore possibly preventing him from every being conceived. If this wasn’t bad enough, he’s only got a one-shot chance at returning to his own time thanks to a lightning bolt due to power his time machine for the return trip.

I think what makes this film stand the tests of time is the fact that it is a true ‘family’ film. Whereas most films which can be watched by children are largely aimed ONLY at them and force the adults to sit through it until it’s over, I can’t imagine anyone – male/female, young/old – not actually finding enjoyment out of this adventure. It’s funny without ever being childish or vulgar, exciting without ever being over the top or unrealistic (if you’re willing to suspend your disbelief enough to believe that time travel is actually possible) and, of course, it contains some of the most memorable characters ever committed to film. Naturally, our dashing young hero, Marty, is very easy to root for, however it’s his cranky old sidekick ‘Doc’, played perfectly by Christopher Lloyd who steals every scene and is the true joy to watch all the way through. It’s also worth mentioning that Marty’s on-screen family also can hold their own, played different versions of themselves throughout the time periods, but special mention should go a character who should – by rights – be little more than a stereotypical bully, yet ‘Biff’ somehow becomes the clichéd bully that all other on-screen thugs aspire to be ever after.

If this film has a downside – and I’m only mentioning this because I can see that some people may have a problem with it these days (I didn’t and still don’t!) it’s that there are a few topics of humour that some people may find a little ‘edgy’ in today’s PC culture. For some reason I get the feeling that today any ‘family’ movie may shy away from a mother inadvertently falling in love with her son, but it was the eighties and things were different then!

There aren’t many movies that still can bring a family together around the TV in the living room on Christmas Day, but this is still one of them. If you haven’t already brought the entire trilogy on DVD, then watch it now and show your children. It deserves to entertain future generations. Yes, the following two ‘Back to the Future’ movies weren’t quite so well-received by the critics, but I think they’re great, too.
続きを読む
17人のお客様がこれが役に立ったと考えています
違反を報告
レビュー を日本語に翻訳する

Princey
5つ星のうち5.0 Fantastic!
2017年11月20日に英国でレビュー済み
Amazonで購入
I missed this as a kid but thought I'd give it a go and see why its still so often mentioned - finished it last night and was left with a huge smile on my face. I can see why it's a classic. Top performances from Michael J Fox and Christopher Lloyd, a great script and a warm, funny storyline with a brilliant ending- what more can you ask for :) Roll on part 2....
続きを読む
6人のお客様がこれが役に立ったと考えています
違反を報告
レビュー を日本語に翻訳する

Ben30
5つ星のうち5.0 NEW HD TRANSFER FOR A CLASSIC 80'S SCI-FI ADVENTURE FILM WITH NEW SPECIAL FEATURES TO
2015年1月24日に英国でレビュー済み
Amazonで購入
1985'S Back to the future
Legendary Classic sci-fi adventure film from Bob Gale & Robert Zemeckis who both wrote the story/screenplay
but Bob Gale produced it while Robert Zemeckis Directed it

Universal have given this classic film a new High Definition transfer in 1:85:1 widescreen
with a new 5.1 Master audio mix
and the picture quality looks amazing very sharp & clear no Doubt about it,
better than the old dvd release from many years ago
plus the sound quality has been boosted to and sounds excellent

it doesn't stop there, there's more
Universal have also added new special features just for this blu-ray release
2 new 30mins retrospective Documentaries
TALES FROM FUTURE-IN THE BEGINNING & TIME TO GO
new interviews with most of the cast & crew from the film
Steven spielberg, Bob Gale, Robert Zemeckis, Frank marshall, Kathleen kennedy
Cinematographer Dean cundey, Producer Neil canton, Production Designer Rick carter & other crew members
plus Actors Michael J Fox, Christopher Lloyd, Lea Thompson, Mark McClure are interviewed
for some reason Thomas wilson & Crispin Glover were not interviewed, maybe there were not available
these 2 new Doc's could easily been played continuosly as one 1 hour Documentary
but instead Universal seperated the 2 Doco's
plus there's a new 3rd featurette KEEPING TIME only goes for 6mins
it's about the Music score for the film
Frank marshall & Robert zemeckis talk about the music score,
for some reason no new interview with composer Alan silvestri, there's a 1985 Archive interview with him thou
plus a new MICHAEL J FOX Q & A session

plus all the old special features from the previous DVD release from 10 years ago has been included
the making of Back to the future which was a 1985 TV promo broadcast for the film, goes for 20mins
the old DVD featurette
BACK TO THE FUTURE-MAKING THE TRILOGY PART 1 is included here to
plus Outtakes, Deleted scenes with optional commentary by Robert zemeckis
plus the old DVD commentary by Bob Gale, Robert zemeckis has also been added

the packaging is just standard blu-ray case
where as the U.S. edition BTTF 1 is in a fold out Digi-pak

Math
5つ星のうち5.0 Great as expected !
2018年11月18日に英国でレビュー済み
Amazonで購入
Great film , hadn't seen it for years and it was as good as I though . The wuality is great for such an old movie and the sound ect is great. Important DVD to add to my collection
続きを読む
違反を報告
レビュー を日本語に翻訳する