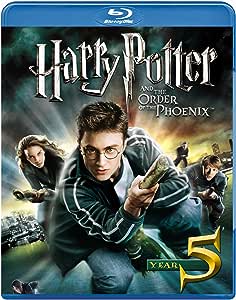 JW
5つ星のうち2.0 Arrived late and damaged
2018年4月11日に英国でレビュー済み
Amazonで購入
I received the email to review the DVD before it had even arrived as it said it would arrive by the 9 April and didn’t arrive until this morning (11 April). Now it has arrived I am concerned by the fact it says ‘rental copy’ on it, it is not sealed and the case is cracked. I thought I was buying a brand new DVD, I had no idea it was a used one. Hoping to watch it this evening with the kids and keeping my fingers crossed it will actually work. Not looking too promising so far. Giving it two stars for the benefit of the doubt.
続きを読む
1人のお客様がこれが役に立ったと考えています
違反を報告
レビュー を日本語に翻訳する

Ruth Maystar
5つ星のうち4.0 Harry Potter movie
2019年12月20日に英国でレビュー済み
Amazonで購入
A replacement for one that had gone wrong - works well!, enjoyed the film as usual; but, this DVD was not secured in its box! came with small mark's on the disc!
続きを読む
違反を報告
レビュー を日本語に翻訳する

Glen (Apache)
5つ星のうち4.0 A must but watch the previous films forst.
2014年11月29日に英国でレビュー済み
Amazonで購入
As with the books the plots are getting darker and darker. There is vary little to smile about in this film and at times you just want to throuw the DVD, player and all, out of the window. If you are a Harry fan then it's a must especially if you've read the books but if it's just a one off film look somewhere else because you need all the films up to this to understand what is going on. That said it does move along at a good pace and there are some great lighter moments between the 3 main characters and their co-stars.
続きを読む
違反を報告
レビュー を日本語に翻訳する

Ronald Crump
5つ星のうち4.0 The weakest film so far, but still worth watching...
2009年1月12日に英国でレビュー済み
Amazonで購入
From the opening scene, I knew this instalment, the fifth film in the series, was going to be dark. There are very few laughs at all, everyone is miserable most of the time, and Hogwarts is slowly being turned into a prison. This film, for me anyway, has lost almost all the magic and charm of the other four films, and I think is rather drawn out. I didn't come away feeling good about having watched this film like I did with the others, and I think younger viewers may well find it just a little too dark and violent.

Having said that, it's not a terrible film, it's just not quite as likeable as the others, but I'm sure any HP fan will still want to see it.
続きを読む
3人のお客様がこれが役に立ったと考えています
違反を報告
レビュー を日本語に翻訳する

Isis X
5つ星のうち3.0 Okay, but misses too much out
2007年12月5日に英国でレビュー済み
Amazonで購入
This film was great (first time) on the big cinema screen, but loses so much in the size & sound reduction that I found it boring on our TV.

The problem with this film is that it misses out to many things that may be subtle, but are quite important later on (like the locket). I also hate the Harry writhing around on the floor posessed by Voldemort bit - talk about overacting.

The part of the film I was really looking forward too (Fred & Georges swamp & fireworks) was a complete wash out. No swamp & pathetic fireworks - with todays technology could they not have managed a few more of the fireworks as described in the book?

If this is a picture of what films 6 and 7 will be like I won't bother & just keep re-reading the books. Like too many sequals its going off the success of the first films and the success of the books. Even my kids don't want to re-watch it, whereas they watch no 1 & 2 all the time.
続きを読む
2人のお客様がこれが役に立ったと考えています
違反を報告
レビュー を日本語に翻訳する
すべてのレビューを参照します
Amazonプライム会員ならお急ぎ便、日時指定便が使い放題
さらに、映画もTV番組も見放題。200万曲が聴き放題 。クラウドに好きなだけ写真も保存可能。
> プライムを無料で試す