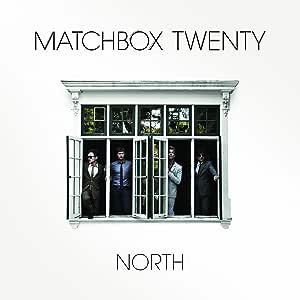 Fjireland
5つ星のうち4.0 Not A Bad Album, But Still Not Their Best
2012年9月25日に英国でレビュー済み
Amazonで購入
I guess after ten years of a break between albums, fans had high hopes that this album would be something amazing. But they havent spent ten years making the album and really very high expectations were never gonna be met.

I dont think this album is as horrible as many reviewers are making it out. But I can agree they have delivered better.

The best way of putting it is- Did you like Rob's solo albums or did you think he sounded like he was chasing the mainstream/ pop charts too hard on those. I actually really liked both Rob's albums so I'm not adverse to the guys trying something different on their first group album in ten years. But if you couldnt accept the direction Rob took on his solo work, then I guess this album will be a disappointment and it's best to let this one pass you by.

It does start off with that good old rock sound of old on opener Parade. It's a pretty solid opener.

She's so mean - to me, I dont find it any more poppy than a song like Disease sounded in 2002. It's quite a catchy number.

Put your hands up and Like Sugar are probably the more poppy sounding tracks on the album but they arent horrible .

Overjoyed, I will, Sleeping at the wheel, I believe in everything , straight for this life, the way are the stand outs for me

Monsieur le B
5つ星のうち4.0 A real grower
2012年9月14日に英国でレビュー済み
Amazonで購入
I note and to a degree understand the disappointment many Matchbox fans have expressed in this album. It is a bit more 'poppy' than their previous releases. However, if a band stands still, it dies and 17 years after their first album you would surely expect to detect some changes in style. On first hearing I was a bit unimpressed quite frankly; so I played it again. I then found myself playing it 3 more times in quick succession and now.....I'm hooked. It is simple, straightforward and pretty unspectacular in many ways. There is nothing really clever or pretentious about it and I love it. As I write, it has become their first ever USA No. 1 and has landed in the middle of the dance, techno, talent contest saturated UK charts - so they must be doing something right. And unusually, it is an album which improves as it progresses.
続きを読む
2人のお客様がこれが役に立ったと考えています
役に立った
フィードバックを送信中...
フィードバックをお寄せいただきありがとうございます。
申し訳ありませんが、お客様の投票の記録に失敗しました。もう一度試してください。
違反を報告
レビュー を日本語に翻訳する

Mr. D. Johnson
5つ星のうち4.0 A Satisfying Return After A Lengthy Hiatus
2013年2月28日に英国でレビュー済み
Amazonで購入
The album's lead single `She's So Mean' gave an indication that the band were going for more of a pop approach as opposed to the rockier sounds of their first three albums. As a fan of those earlier albums this new approach was surprising on first listen, but it quickly grew on me, as a catchy pop song with plenty of commercial appeal. It doesn't quite belong up there with songs like `3AM', `Push' or `If You're Gone' but it re-established that the band were back together, and still had great chemistry working together despite the elapse of time.

The album begins with an absolute gem, in the understated `Parade' which seems to lament the passing of time, and the band's disappearance from the peak of their fame in the mid to late 90s, Rob Thomas' vocals are particularly strong here as he sings: "When the slow parade went past, and it felt so good you knew it couldn't last". It was very re-affirming of my faith in the band: Matchbox Twenty aren't just another generic American rock band; they have a lot more substance than most.
Elsewhere there are some other great tracks, the standouts being second single `Overjoyed' which showcases Thomas' ability for writing heartfelt love-songs, and is well supported with minimal underscoring from the rest of the band. `English Town' is a truly ambitious track, with an orchestral section, akin to previous album track `Downfall' which made use of a gospel choir. Album closer `Sleeping at the Wheel' is another classic Matchbox Twenty song that could easily find its place on any of their albums.

The album does misfire on a couple of occasions though, when the transition into a poppier sound goes too far and the group sound like they're emulating Maroon 5 on the appauling `Put Your Hands Up'. `Our Song' falls into a similar trap, the chorus over-reaches the bounds of being catchy and becomes rather aggravating.

However despite these shortcomings the rest of the album is fairly consistent, and for each failed pop song there is a success, the aforementioned `She's So Mean' and the irresistible `Like Sugar' are both strong examples that when they get it right, they really get it right!

Overall it is a very good album, which marks the return of a great American band. I just hope that it won't be another ten year wait before their next album comes out!
続きを読む
役に立った
フィードバックを送信中...
フィードバックをお寄せいただきありがとうございます。
申し訳ありませんが、お客様の投票の記録に失敗しました。もう一度試してください。
違反を報告
レビュー を日本語に翻訳する

JMoore
5つ星のうち4.0 Welcome back MB20
2012年9月10日に英国でレビュー済み
Amazonで購入
Having liked MB20 since Yourself Or Someone Like You I pre ordered North on Amazon and looked forward to its release.Reading some of the reviews before it arrived I began to fear the worst - How wrong could I have been. Most of the songs could easily find a place on the first 2 albums (the best they have released). There are a couple of songs that disappoint namely Put Your Hands Up which is well below standard and doesnt fit in at all and I Will which passes me by on every listen. Stand out tracks for me are Parade,Overjoyed,How Long,The Way and Radio. Some tracks do try something different but in a MB20 way and for me it works. Its obvious that alot of care and thought has gone into this album.
I always judge an album in that if I had heard it before i bought it, would I still buy it - with North, its a definate yes - a welcome return to form after the release of More than... and the new stuff on Exile... One small criticism is that there isnt much 'Deluxe' in the Deluxe edition - 3 extra songs but a very poor information booklet inside.
続きを読む
2人のお客様がこれが役に立ったと考えています
役に立った
フィードバックを送信中...
フィードバックをお寄せいただきありがとうございます。
申し訳ありませんが、お客様の投票の記録に失敗しました。もう一度試してください。
違反を報告
レビュー を日本語に翻訳する

Alastair Ross
5つ星のうち3.0 I remember when they were good
2016年1月16日に英国でレビュー済み
Amazonで購入
I love M20, but this is their lowest ebb. Over-produced, but I'm fine with such things. The problem is that while there are a few nuggets, as always from these boys, it's mixed with SO MUCH filler (program your CD player to perennially skip tracks 6-11). When it's already a short album, and it is, you're not left with much. Put "Mad Season" and "More Than You Think You Are" on the stereo instead. Played straight afterwards, it shows the steep decline of the once-great. Sadly.
続きを読む
役に立った
フィードバックを送信中...
フィードバックをお寄せいただきありがとうございます。
申し訳ありませんが、お客様の投票の記録に失敗しました。もう一度試してください。
違反を報告
レビュー を日本語に翻訳する
その他の国際レビューを読み込む

Gwladyator
5つ星のうち5.0 A real grower!!
2012年9月28日に英国でレビュー済み
Amazonで購入
As a MB20 fan of around 13 years, I was eagerly waiting for the release of this album and to be honest on the first few listens I wasn't entirely sure that I liked this one. Initially, it felt a bit like MB20 had followed the Maroon 5 route and gone a bit too far away from the mainly guitar oriented, rock based sound that puts them in my taste bracket, however the more I listen to North the more I like it. Pretty much every track is a stonker (and great live judging by the iTunes Festival showing) and even tracks that I didn't think I liked at all at first (Put Your Hands Up felt a bit Disco to me) have really, really grown to be favourites. Its all a matter of opinion of course, but theres only really Straight for This Life thats doesn't really grab me, all the other tracks are right up there with the best of MB20 and Rob, Kyle, Paul and Brian have really delivered in spades. The fact that it went straight to No1 in the States should tell you that this is an Album you need in your life!!! I just hope that a full UK Tour is in the offing soon.
続きを読む
役に立った
フィードバックを送信中...
フィードバックをお寄せいただきありがとうございます。
申し訳ありませんが、お客様の投票の記録に失敗しました。もう一度試してください。
違反を報告
レビュー を日本語に翻訳する

nem39esis
5つ星のうち4.0 Great album, worth the wait for
2012年9月4日に英国でレビュー済み
Amazonで購入
Ive been itching to listen to this album since i heard it was in production. I haven't been disappointed. This album is very much matchbox twenty, the tracks are new and fresh with a different spin, its a more chilled album with a few punchy tracks here and there. The tunes are catchy, "English town" being so much like a bond soundtrack and "like Sugar" being just glorious. If youre a matchbox twenty fan you'll love the album. its not perfect but then is there really an album that is and has 14 songs that are amazing? What i like about the album most is unlike other bands the variety of tracks is there, its not an album of tracks that sound all similar, this is how you can tell it wasn't a rushed album just to make money, time and effort have been put into this. For me a welcome addition to my collection.
続きを読む
3人のお客様がこれが役に立ったと考えています
役に立った
フィードバックを送信中...
フィードバックをお寄せいただきありがとうございます。
申し訳ありませんが、お客様の投票の記録に失敗しました。もう一度試してください。
違反を報告
レビュー を日本語に翻訳する

MarkF
5つ星のうち5.0 Great!
2013年3月12日に英国でレビュー済み
Amazonで購入
I bought this CD as a xmas present for the girlfriend. We're both fans (her more so than me) and we both enjoyed the CD. At the very least it's a great album, and the Extended Edition was cool, especially as it was quite cheap, arrived in rapid time and was in nothing short of mint condition. A great buy!
続きを読む
役に立った
フィードバックを送信中...
フィードバックをお寄せいただきありがとうございます。
申し訳ありませんが、お客様の投票の記録に失敗しました。もう一度試してください。
違反を報告
レビュー を日本語に翻訳する

Xan Chronos
5つ星のうち5.0 matchbox at their finest
2013年6月22日に英国でレビュー済み
Amazonで購入
Matchbox's first album was fantastic! This album goes back to these roots and had a similar feel. The exception is that they're all 15 years older, which really shows. It gives the music an added depth and maturity as well that fun exhilarating buz felt from the first album.
続きを読む
役に立った
フィードバックを送信中...
フィードバックをお寄せいただきありがとうございます。
申し訳ありませんが、お客様の投票の記録に失敗しました。もう一度試してください。
違反を報告
レビュー を日本語に翻訳する
その他の国際レビューを読み込む

nm
5つ星のうち2.0 Disappointing
2013年8月29日に英国でレビュー済み
Amazonで購入
Compared to earlier tracks this was mundane and boring. I don't wish to dwell on the tracks individually as I'd prefer not to remember wasting money on it...though I did get it at a good price and it was efficiently delivered. Probably by a retailer who had also listened to the disc and wanted shot of it!!!
続きを読む
役に立った
フィードバックを送信中...
フィードバックをお寄せいただきありがとうございます。
申し訳ありませんが、お客様の投票の記録に失敗しました。もう一度試してください。
違反を報告
レビュー を日本語に翻訳する

Steve OB
5つ星のうち4.0 MB20- Back With a Bang
2012年11月17日に英国でレビュー済み
Amazonで購入
Matchbox 20 back after a sabatical with some really catchy tunes. Parade, Waiting for a Train, Like Sugar and English Town make the cd or download worth the purchase price alone. A couple of real stinkers on the album as well in my opinion, make it only a 4 star but would definately recommend the investment, played it to death already sat in the sun on holiday recently. Pity they didn't stray beyond London after their one off gig for some live shows further North...... no pun intended!!!!
続きを読む
役に立った
フィードバックを送信中...
フィードバックをお寄せいただきありがとうございます。
申し訳ありませんが、お客様の投票の記録に失敗しました。もう一度試してください。
違反を報告
レビュー を日本語に翻訳する

Mortitia
5つ星のうち3.0 It's okay....
2013年8月24日に英国でレビュー済み
Amazonで購入
Good album, but (to my opinion) not the quality they delivered in previous albums. It's not one of those albums I would sit down for to listen to (like I do with "Yourself or someone like you"). This is more the cd you would choose when having a house full of guests and playing it on the background.
続きを読む
役に立った
フィードバックを送信中...
フィードバックをお寄せいただきありがとうございます。
申し訳ありませんが、お客様の投票の記録に失敗しました。もう一度試してください。
違反を報告
レビュー を日本語に翻訳する