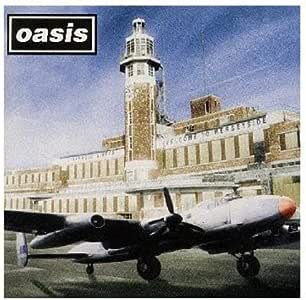 Jon Danuser
5つ星のうち5.0 One of my best purchases
2005年7月23日 - (Amazon.com)
形式: CD
There are numerous reasons why I would suggest that someone should go out and buy this album. It's an import, rather difficult to come by, so it can be a little spendy. But it is well worth the price and the time you may have to wait in getting it in the mail. This cd single is about your only way of obtaining the beautiful and hard to find Sad Song. Sad Song was originally placed on the vinyl version of their debut album, Definitely Maybe. Since nobody has that over here in the states, most of us probably didn't know the song existed. I did, simply by seeing it performed live on different Oasis videos. This song is Noel Gallagher at his best, just him and his acoustic guitar. This song alone gives us good reason he included an acoustic set during Oasis shows for so long. The man has an ability to captivate an audience, by his wonderful guitar playing, and his awesome vocal abilities. I myself have been fortunate enough to see an acoustic set, and was blown away by it.

Track 1 - Don't Go Away, was supposed to have been the Wonderwall, part 2. But it didn't turn out that way, and the album it was placed on, "Be Here Now," never got nearly the credit it deserved. This is a well crafted song, with a Slide Away feel to it, and has one of the best Oasis moments in it, which is the acoustic outro at the end. Simply amazing, and beautiful. Still a favourite track of mine.. love it.

Track 2 - Cigarettes and Alcohol (Live), is vintage Oasis. A very raw, and straight forward song. Liam's vocals shine in this one, and the energy emitted from this performance is incredible. This is Oasis in their purest form, and gives the listener why these guys are such an incredible live band. The crowd is going crazy for this one, and rightfully so. One of their best 5 live songs ever, in my opinion.

Track 3 - Sad Song... well, I've already gone into this. Any true Oasis fan has to have this, and any non-Oasis fan would be better off having heard this great song. I'm not exagerating.

Track 4 - Fade Away (WarChild version) .. This song was recorded as part of a compilation benefitting children of the Kosovo War. What's so amazing about this track, is it's reversed from the original recording (found on the Masterplan). We have Noel taking over doing the lead vocals, and listen in there, cos that would be Liam doing the backing vocals. You get to hear the younger Gallagher doing some pretty impressive harmonizing. Very touching, and very sincere.. it's an incredible song.

All in all, I'd say this is the best Oasis single out there... and well worth the money it may require in obtaining it.

Damon Navas-Howard
5つ星のうち4.0 A treat for new fans but not much for older fans
2001年7月30日 - (Amazon.com)
形式: CD
"Don't Go Away"'s B-sides consist of two rare but already released songs in the Oasis archive; "Sad Song"(orginally released on the vinyl of "Definitely Maybe") and "Fade Away(Warchild Version)"(Orginally released on a U.K. compilation album.) The only new material is a live version of "Cigarettes And Alcohol" taken from the G-Mex, Manchester 97' gig. The version is of course great but it really does not fit with the other songs. If you've never heard "Sad Song" or the Warchild version of "Fade Away," buy this single now! They both posses some of Oasis greatest moments recording. "Sad Song" is an absolute masterpiece. Once again showing the brilliance of Noel Gallagher by himself with an acoustic guitar. The Warchild version of "Fade Away" is far superior than the original version. It is as calm and beautiful as a summer's day on the beach and features backing vocals by Lisa Moorish and guitar by Johnny Depp. Well worth getting for the new fans and only for completist if you have "Sad Song" and the Warchild version of "Fade Away" already.
続きを読む
4人のお客様がこれが役に立ったと考えています
レビュー を日本語に翻訳する

Nate
5つ星のうち4.0 Don't miss this
2006年10月24日 - (Amazon.com)
形式: CD
Don't go away is a good song, one of the best from the not so popular Be Here Now LP. All the songs were good, just over produced however. The title track of this single is no different, would have sounded a lot better stripped down but here it is as it sounds on the album. The real reason to buy this song is for the 3rd track, 'sad song'. From The definitely maybe era it is one of my fave all time Oasis songs and available for the first time on this single. Unless you can get Definitely maybe on vinyl. Warchild version of fade away sounds good in its acoustic here too.
続きを読む
レビュー を日本語に翻訳する

Amazon Customer
5つ星のうち4.0 Buy it for Sad Song
2000年12月3日 - (Amazon.com)
形式: CD
Only previously included on the vinyl copies of Definitely Maybe, Sad Song has become something of a legend among Oasis fans, and as the singles tend to be readily available, was really their only 'buried gem' which so many other bands have. Until now. This CD single finally gives the masses a chance to hear one of Noel's greta acoustic pieces of songwriting. Don't Go Away is among the striongest tracks on Be Here Now, and teh other 2 songs have some merit (Cigarettes and Alcohol is always a live highlight, and Fade Away is anotehr okay rarity). Worth import price for fans
続きを読む
1人のお客様がこれが役に立ったと考えています
レビュー を日本語に翻訳する

Amazon Customer
5つ星のうち5.0 Classy Single
2001年7月24日 - (Amazon.com)
形式: CD
This has to be one of the best all round Oasis singles to date. It's just a shame import is the only way to get it. Don't Go Away itself is a beautiful song, much like Wonderwall but with better guitar playing. Cigs and Alcohol is as live and as riottess as we've come to expect from Oasis's most drink fuelled song. Sad Song is another lift from Noel's sensational acoustic repertoire, charting the days before stardom when his relationship collapsed. Fade Away is a lighthearted version a the punk song on The Masterplan. With Noel on vox, the song takes on a whole new life. Great stuff. Overall, typical single from the mighty 'sis, all four songs deserving of an album place, and any one of them could be the a-side. Good work again lads.
続きを読む
2人のお客様がこれが役に立ったと考えています
レビュー を日本語に翻訳する
Amazon.comのカスタマーレビューを見る(9) 5つ星のうち4.5
Amazonプライム会員ならお急ぎ便、日時指定便が使い放題
さらに、映画もTV番組も見放題。200万曲が聴き放題 。クラウドに好きなだけ写真も保存可能。
> プライムを無料で試す