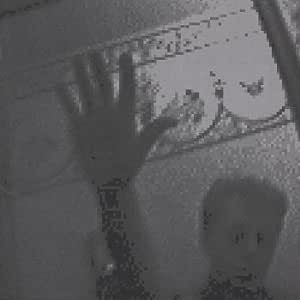 The Punk Panther
5つ星のうち5.0 Rinse the raindrops...
2018年11月5日に英国でレビュー済み
Amazonで購入
After the excellent, melodic rock of "Flaming Pie" and the rootsy rock 'n' roll covers of "Run Devil Run" this was another credible Paul McCartney album. It was also maybe his last one constructed as one to still appeal to the contemporary music-buying public as opposed to later ones, which seemed to almost revel in the ageing process at times. There was, thankfully, no "whimsy" on here, such as appeared on later albums. It was far more of a slightly arty, melodic rock offering. It was not as straight ahead rock as "Flaming Pie" had been. There is more experimentation with different sounds and moods. It is actually quite an inscrutable album, quite difficult to pigeonhole or characterise.

At sixteen tracks, it was a typical early 2000s album, full of well over an hour's music. Too much for my liking. I prefer the old seventies forty-five minute albums. The sound quality is excellent too, not affected by the off-putting, crashing loudness which blighted "Memory Almost Full" in particular, and, to a lesser extent, "Chaos And Creation In The Backyard". Here it is rich, warm and bassy, as it should be.

"Lonely Road" is a muscular, confident rocker of an opener, with a throaty vocal. "From A Lover To A Friend" is a solid, slow rock ballad with a laid-back, dreamy vocal and delicious, rumbling bass line. McCartney's delivery is almost improvised in a bluesy jazzy way at times. "She's Given Up Talking" is full of buzzy guitar and intense, moody drum backing, plus some contemporary scratchy sound effects. "Driving Rain" is recognisable Paul McCartney, with airs of both The Beatles and Wings, but it also has contemporary instrumental stylings. It is this sort of thing that makes this a more credible, memorable album than others. "I Do" is a short, melodic ballad, with a fetching vocal and another lovely bass line and some Beatles-esque brass sounds near the end. "Tiny Bubble" has echoes of Queen's eighties material in small places, for me, although others may not pick up on that at all. Something about the "all the world's a tiny bubble" refrain.

"Magic" is a pleasant enough number that just washes over but doesn't particularly stick in the mind. "Your Way" is a Wings-like appealing love song. "Spinning On An Axis" tries to create a hip/hop style groove with its staccato vocals and big, shuffling, resonant drum beat. It is actually quite an intoxicating track. "About You" is a thumping, chugging rocker. "Heather" was in tribute to his wife at the time, and is a tuneful instrumental at the beginning, with bits of prog-rock style guitar and organ interplay, some ambient vocals appear at the end, without any real discernible meaning and what sounds like a sheep bleat in the background at the end.

"Back In The Sunshine Again" harks back to "Wild Life" from the early seventies, for me. It has a scratchy guitar sound and a vocal that takes me back to that earlier track. It has an understated mysterious appeal to it. "Your Loving Flame" starts slowly, with a beguiling, wistful vocal and crashes into a big guitar part in the middle and some lovely organ in the backing. That's it now for regular tracks. "Riding Into Jaipur" features Indian instrumentation that, of course, George Harrison would have loved. McCartney's vocals, intended to fit in with the Indian sound, leave a bit to be desired, however. "Rinse The Raindrops" goes on for over ten minutes. It is full of fuzzy guitar breaks and pounding drums and a convincing, committed rock vocal from McCartney. As a four minute rock number, it would have been fine. After not even three minutes it turns into an extended studio jam, with occasional returns to the vocal, like the stuff at the end of George Harrison's "All Things Must Pass". Having said that, there is a funky organ rhythm underpinning it and a general lively feel all round. I quite like it, but the last two minutes are pretty superfluous. "Freedom" was a response to September 11, 2001. It is very Lennon-esque in a "Power To The People" sort of way.

NickyB
5つ星のうち4.0 One of his best in 30 odd years?
2016年2月18日に英国でレビュー済み
Amazonで購入
Sure, I like Band on the Run, Speed of Sound, Flaming Pie. But I only recently discovered his Chaos and Creation album. Because... I was happy enough with my "Another Day Maybe I'm Amazed Bluebird Jenny Wren" playlists.
Thing is, this album deserves a place there. It's kind of old-school, the production is clear, not 1990s harsh like Flowers in the Dirt, and nearly as "analogue sounding" as BOTR. And that's good. Hey, I stick to CDs (well, FLAC but you get the idea) and to my ears this sounds as warm as the original Pipes of Peace.
Recommended :-)
続きを読む
4人のお客様がこれが役に立ったと考えています
役に立った
フィードバックを送信中...
フィードバックをお寄せいただきありがとうございます。
申し訳ありませんが、お客様の投票の記録に失敗しました。もう一度試してください。
違反を報告
レビュー を日本語に翻訳する

Mr. P. J. WHEATLEY
5つ星のうち4.0 Still on form McCartney album
2002年1月21日に英国でレビュー済み
Amazonで購入
The new album is another example of how Paul McCartneys most recent releases have been among his best for a long time. It does sound as though it could have been recorded during the Wings period, especially songs like "your way" very simular to "Country Dreamer from 73" and "About you" very "Back to the egg" itself a very underrated album. The majority of the new songs sound very 70s in the interpretation. I love the semi-instrumental "Heather" and the love ballad "I do" and the song "Magic" really is magic. Excellent CD, maybe not quite as good as "Flaming pie!" but then again "Flaming pie" was one of his best solo albums along with "Pipes of peace, Tug of War and Broad Street!". Can't wait for the next McCartney album, I've been buying each one as they are released since the early 80s.
続きを読む
4人のお客様がこれが役に立ったと考えています
役に立った
フィードバックを送信中...
フィードバックをお寄せいただきありがとうございます。
申し訳ありませんが、お客様の投票の記録に失敗しました。もう一度試してください。
違反を報告
レビュー を日本語に翻訳する

c rider
5つ星のうち2.0 a poor day at the studios paul
2012年12月28日に英国でレビュー済み
Amazonで購入
Paul mccartney is a genius at his best we all know
But this is in the realm of the ordinary mostly
And could be anyone really I found the songs very ordinary. I know paul will do better. Forget this hiccup
He will be back I'm sure.
続きを読む
1人のお客様がこれが役に立ったと考えています
役に立った
フィードバックを送信中...
フィードバックをお寄せいただきありがとうございます。
申し訳ありませんが、お客様の投票の記録に失敗しました。もう一度試してください。
違反を報告
レビュー を日本語に翻訳する
その他の国際レビューを読み込む

Scott
5つ星のうち4.0 Macca's Best Album In Decades
2003年4月16日に英国でレビュー済み
Amazonで購入
Driving Rain is McCartney's best album for years. At last he's rejected the glossy production and injected some rough edges and real emotion into his songs. The melodies are gentle and tender at times but there's also some hard rocking here too. This hasn't done well commercially but it's been on my play list since it came out and I've yet to tire of it. Of all of McCartney's albums, this reminds me of "Ram" the most. So forget the predictable slagging that he always gets and buy it!
続きを読む
3人のお客様がこれが役に立ったと考えています
役に立った
フィードバックを送信中...
フィードバックをお寄せいただきありがとうございます。
申し訳ありませんが、お客様の投票の記録に失敗しました。もう一度試してください。
違反を報告
レビュー を日本語に翻訳する