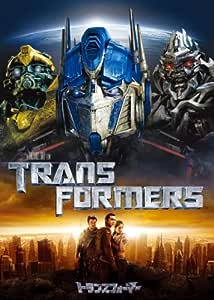 The Movie Diorama
5つ星のうち3.0 Transformers disguises its robotic flaws with stupendous amounts of adrenaline.
2019年10月6日に英国でレビュー済み
Amazonで購入
Transformers disguises its robotic flaws with stupendous amounts of adrenaline. Give Michael Bay a budget and he’ll spend it. Wisely or not is up for debate. But damn, the man-child that he truly is certainly is presented through his mind-numbing work. Enough pyrotechnics to annihilate an entire nation and an adequate amount of Megan Fox showcasing to transition into the adult entertainment business. So, Transformers. A franchise decimated by needless, unimaginative sequels that tarnished the reputation of the primary instalment. Also known as, the only decent entry Bay ever conceived. A group of Autobots, led by Optimus Prime, sent to Earth to prevent the Decepticons from reviving the antagonistic Megatron and retrieving an extraterrestrial cube.

This blockbuster opposes everything I stand for as an amateur critic, film buff and general human being. Its bombastic nihilism, riddled with blatant exposition, surmounts to an unquantifiable splurge of stuff happening onscreen. Seriously. It’s the equivalent of being lobotomised and watching a sunset from a stained glass window. The colours, brightness and artificial heat would melt your retinas. That’s Transformers.

But what people seemingly forget, especially those elitists too afraid to breach admittance, is that Bay’s first foray into the franchise is actually tolerable. Good, even. And by that, I don’t mean it’s the epitome of blockbusting entertainment. Far from it. Yet Bay, a director incredibly easy to pick on due to his accessibly basic yet overly explosive features, implants genuine directorial talent that prove his integrity. Yes, about an hour of the film’s runtime is explosive, with buildings toppling and metallic vehicular warfare ensuing.

However, what makes Transformers utterly re-watchable is the constant flow of its narrative. It never stagnates. For over two hours, Bay continually pushes the story forward. Whether it be sweaty soldiers exhuming mountains of testosterone, sweaty LaBeouf clamming up or sweaty Fox suggestively leaning over the hood of a car (realising Bay’s wet dream...), it doesn’t matter. The point is, there’s never a dull moment through the frantic action. A commendable quality that provides motion to the narrative’s mechanisms. Bay knows how to exploit a budget. You go big, or you go home. He clearly understood that literally.

Another reason as to why the first chapter is one of his best films, is the simplistic story. The actual plot is thin, with a couple of robots stopping some other robots from destroying everything. Basic foundations without convoluted lore that is constructed as if the writers are formulating random ideas as they’re writing the script (*cough* Revenge of the Fallen...). Yet what furthers the script’s memorability is the humorous characterisation. The Witwicky clan in particular. LaBeouf delivered a frenetic performance that solidified his leading qualities (which may have backfired on him!). His adolescent antics and heroic endeavours forced him to be both relatable and likeable. Fox, despite being presented on a suspiciously stained silver platter, held her own as well without resorting to the typical “damsel in distress” scenario. Supporting cast were buoyant also. The governmental world ending plot merged well with the teen angst situation, even if it was a colossal convenience. And a plethora of memorable quotes that I unknowingly recite on a daily basis. “Shut up Grandma! Drink your prune juice!”. Classic.

It teeters on mediocrity at the best of times, however Bay’s focus on the human elements for the vast majority of the first hour ensured that it was more than just mechanical beings punching each other to fluctuating bass drops. There is substance before the clunky visual and auditory extravaganza. Did I grow up with the original source material? Of course not. Regardless though, I think we all need reminding just how solid this blockbuster really is. “Autobots! Roll out!”.
続きを読む
役に立った
フィードバックを送信中...
フィードバックをお寄せいただきありがとうございます。
申し訳ありませんが、お客様の投票の記録に失敗しました。もう一度試してください。
違反を報告
レビュー を日本語に翻訳する

Spike Owen
5つ星のうち4.0 Robots in berserker blockbuster disguise.
2010年11月25日に英国でレビュー済み
Amazonで購入
Transformers is directed by Michael Bay and written by John Rogers, Roberto Orci & Alex Kurtzman. Based on the Transformers toy line the plot sees Shia LaBeouf as Sam Witwicky, a teenager who gets involved in a war between the heroic Autobots and the evil Decepticons, two factions of alien robots who can disguise themselves by transforming into everyday machinery. Also involved in the carnage are Megan Fox, John Turturro, Josh Duhamel, Tyrese Gibson, Peter Cullen, Hugo Weaving, John Voight & Mark Ryan.

With a production budget of around $150 million, Transformers went on to make almost $710 million worldwide. That is some hefty figures, almost as hefty as the mighty Transformer robots that dazzle and wreak mayhem up on the screen. The plot of course is bonkers, but is anyone seriously watching this expecting high end literacy? The out-shot ultimately is Good Robots Versus Bad Robots, with humans either in the way or aiding the Autobots to save mankind. There's been plenty written about the film, both good and bad. From the quite brilliant transforming sequences to the rather staid dialogue; to the wry observations on the world we now find ourselves in, Transformers has got plenty for the critics and film watchers to ponder. As popcorn summer blockbusters go, it's one of the most fun in recent times; and the box office figures tell you that it found a considerably large and appreciative audience. Great "brain checked at the door" entertainment it is, then. But crucially, it's not just for the kids to enjoy, it happens to be a fully rounded family treat. Go bots! 8/10
続きを読む
3人のお客様がこれが役に立ったと考えています
役に立った
フィードバックを送信中...
フィードバックをお寄せいただきありがとうございます。
申し訳ありませんが、お客様の投票の記録に失敗しました。もう一度試してください。
違反を報告
レビュー を日本語に翻訳する

Paulio
5つ星のうち3.0 Transformers: Pretty Good Film in Disguise
2010年10月16日に英国でレビュー済み
Amazonで購入
I bought this DVD expecting a Michael Bay super-productions (i.e, lots of explosions and very little substance), in some ways I wasn't surprised but in others I felt he really brought to life the Transformers and fitted in a reasonably good story between chases fights and explosions.

Shia LeBeouf is strong in the lead role, portraying a young man who accidentally finds himself central to the entire battle between autobots and decepticons. He really brings a strong presence and humour to the role to break up the CGI, which could have overwhelmed the story.

The film is fast paced, action packed and full of incident, the script perhaps lets it down a bit, but if you like Transformers and big explosions this is a good film for you. It is a good price, with plenty of added extras and well worth a look.
続きを読む
役に立った
フィードバックを送信中...
フィードバックをお寄せいただきありがとうございます。
申し訳ありませんが、お客様の投票の記録に失敗しました。もう一度試してください。
違反を報告
レビュー を日本語に翻訳する

RK
5つ星のうち4.0 Good family entertainment
2013年11月12日に英国でレビュー済み
Amazonで購入
Transformers it a good family movie. It has lots of action and a decent storyline. The movie is fast paced and contains a good mix of romance, action and comedy. The image on the Blu-ray disc is crisp and the special effects are great. Further the sound is also really good especially when put through a surround sound system. OK it is not a classic movie but is enjoyable and well worth a watch.
続きを読む
役に立った
フィードバックを送信中...
フィードバックをお寄せいただきありがとうございます。
申し訳ありませんが、お客様の投票の記録に失敗しました。もう一度試してください。
違反を報告
レビュー を日本語に翻訳する