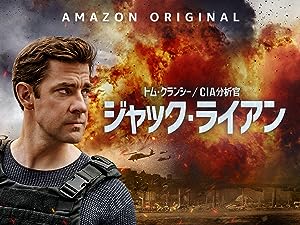 Whitebear
5つ星のうち5.0 Be prepared for an intense adventure across the world
2018年9月3日に日本でレビュー済み
From Langley to Yemen to the Alps of France to inside a drone operator's cockpit, Jack Ryan takes you on an intense, and introspective, adventure in the fight against extremest terrorism.

The series goes beyond the simple suspense and action of a spy thriller - touching on a range of relevant contemporary issues - refugees, drones, racial profiling, and politics. This was masterfully interwoven to create a really engaging and interactive watching experience.

I have found it difficult to maintain watching other spy series, such as Homeland and Quantico. Yet, Jack Ryan had me eagerly reaching for the next episode. Those who are true die-hard Clancy fans should take the approach that it is "based on" the novels, but takes a creatively assertive approach to projecting Dr. Ryan onto the screen.