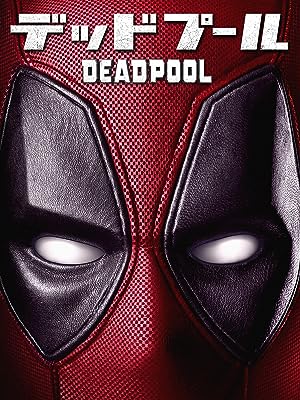 Malarchy
5つ星のうち5.0 Hilarious Superhero Antics
2017年1月24日に英国でレビュー済み
Amazonで購入
Deadpool is the hilarious 2016 superhero film starring Ryan Reynolds as the titular anti-hero. It is clearly an adult film with several sex scenes and plenty of jokes that will go over the heads of the younger audience it isn't intended for. The plot is somewhat secondary to the excellent characterisation and the unusually realistic romance. The DVD version has no real extras to speak of, just a gag reel which includes some Ryan Reynolds riffing on set and some awesome ad libs by TJ Miller. The other extra is basically a set of trailers which aren't as funny as the film itself.

The film takes a while to get going and in truth it does not start out particularly funny. The jokes warm up through the film as many of them are referential or in-jokes which play on the expectations of a Marvel film. The film starts almost literally with a bang and there are a few action sequences to follow. These are generally among the least interesting parts of Deadpool. He's an intriguing combatant but it is not particularly tight choreography. What works best during the action sequences is Deadpool mouthing off to his opponents.

Deadpool casually insults those around him and mocks people amusingly. He is not correct in any way and that makes it a not-too-guilty pleasure. Somehow Reynolds imbues Deadpool with such charm that he's never really offensive, just funny. The scenes with barman friend Weasel played by TJ Miller are among the best. The two banter like real people. Weasel even bets his good friend will get killed. The banter feels realistic and is sharp-witted. Weasel's reaction to Deadpool's physical transformation is the kind of honesty only a good friend would offer but it is still hilarious.

Perhaps the best of Deadpool's relationships though is with his love interest Vanessa. Played by the beautiful Morena Baccarin she has a proper adult relationship with the hero. Unlike too many Hollywood romances there is a vibrancy to the relationship and it is fairly explicitly adult. The pair share a number of sex scenes in different locations. A montage sequence featuring the pair really speaks to a physicality in their relationship that Hollywood usually glosses over. The realism of the pairing comes from Vanessa's introduction "your crazy matches my crazy". It makes sense that the two are together. Of course it helps that both Baccarin and Reynolds are attractive people but there's a realism beyond the good looking superficial appearance.

As this is the Deadpool show, the main villain does not have so much to work with. Ed Skrein plays the role of Ajax pretty much straight. There isn't any of the cheeky charm Skrein is capable of, presumably because the humour is designed to be through Deadpool's wit rather than his viillain. A bit of a missed opportunity really as it could have been fun to see Reynolds and Skrein trading barbs. Skrein's accent of course makes him a natural bad guy but he does seem to be having a bit of fun with the malice of his character's torment as Deadpool becomes his super self.

A couple of minor Marvel characters make an appearance but they basically seem to exist for Deadpool to make jokes. The line about turning up at the Professor X's school and only ever seeing the two of them is a funny way of pointing out the difference in concept between Deadpool and other X-Men productions. The visualisation of Colossus is much more akin to the original comic concept and the voice is reminiscent of appearances in the animated series. The disapproval Colossus has for Deadpool's lifestyle is an easy target for banter. The appearance of the ridiculously-named Negasonic Teenage Warhead is probably just there for the name but the sullen teenager routine opens itself up to excellent lines from Deadpool.

The costume design and colouring is good enough for this kind of film but clearly not the same as a bigger budget adventure. Reynolds looks a bit silly in the Deadpool suit but that's part of the charm. The others are not particularly interesting to look at except Vanessa who is beautifully attired.

The film's music is a bit of an odd choice. The DVD theme song is X Gon' Give It to Ya which is neither new enough to be cool nor old enough to be retro. A perfectly fine song but it doesn't seem to suit Deadpool at all. Musically this is not a particularly memorable film.

Visually Deadpool is fine, making use of frequent freeze-frame techniques during action to showcase Deadpool's abilities while bullets are flying around. It slows the action down quite often which means it loses some intensity but it is fun to see Deadpool's antics and that's what the film is ultimately about.

Deadpool at its heart is a funny and light-hearted take on a classic comic book character. It breaks the fourth wall knowingly, it uses in-jokes and banter between its characters to fire off barbs and make each scene worth smiling at or laughing with. There are not too many films like this one.
続きを読む
15人のお客様がこれが役に立ったと考えています
違反を報告
レビュー を日本語に翻訳する

Cyberclaw
5つ星のうち2.0 Really?
2018年6月20日に英国でレビュー済み
Amazonで購入
Saw it after everyone was giving this high praise. Was disappointed and left bemused. The film was pretty average and seemed to be aimed at 15 year old boys who love cheeky jokes about sex and love blood and violence.
Deadpool borders on the annoying and the story is pretty basic - guy seeks revenge must kill bad guy etc
On the plus side Colossus is cool and deadpool looks amazing on screen, nice costume and acrobatics.
However found the violence OTT
続きを読む
6人のお客様がこれが役に立ったと考えています
違反を報告
レビュー を日本語に翻訳する

Harlequin
5つ星のうち5.0 A must see fun movie
2018年7月15日に英国でレビュー済み
Amazonで購入
This was on my wish list for ages so decided i need to get his just to pass a boring sunday evening and got to say its a laugh and it is so fresh to see a superhero having a little fun along the way the film does not take itself too seriously as other superhero movies have in the past. Without giveing too much away our hero is in a relationship with a gorgeous woman and he wants to marry her only to find he has cancer that is going to end him He finds a doctor who says he can cure him and that is the start as the doctor is actually trying to build an army of super advanced humans genetically able to be more or less immortal. At the end of the movie keep watching for the outtakes which show how the film was put together and I am so surprised most of it is all CGI especially the fight scenes on the motorway at the start of the film all green screen . Get out the popcorn and settle in for some no brainpower fun
続きを読む
2人のお客様がこれが役に立ったと考えています
違反を報告
レビュー を日本語に翻訳する

Douglas Robertson
5つ星のうち5.0 The most iconic superhero (sorry, mercenary) film ever!
2016年6月14日に英国でレビュー済み
Amazonで購入
I just got this today having missed the opportunity to see it on the big screen and oh boy was I excited!

***DISCLAIMER***
Be responsible, don't show this to your kids if they're under 16! Also don't watch if you don't like juvenile hilarity, gross out moments or awesome fight scenes.

I absolutely loved this film from the very first second. It's the kind of film I'd happily watch over and over again without ever getting bored.

Ryan Reynolds is absolutely phenomenal as Deadpool (who else could they have cast really?). His one liners, personality switches and 4th wall breaks are brilliantly delivered and made for a great time for the viewer (me).

Initially there's a bit of back and forth where Reynolds takes you to the car scene then back to his origin storyline and back again which can be a little confusing. However, that in itself is perfectly in line with Deadpool and his messed up brain function/personality switches.

It's easy to see why this masterpiece blew the likes of the Matrix out of the water in the box office records.