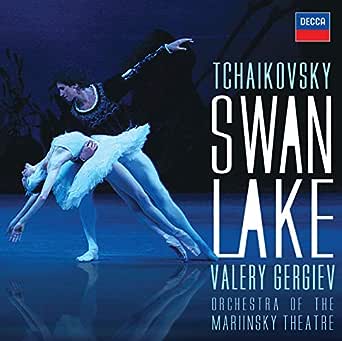 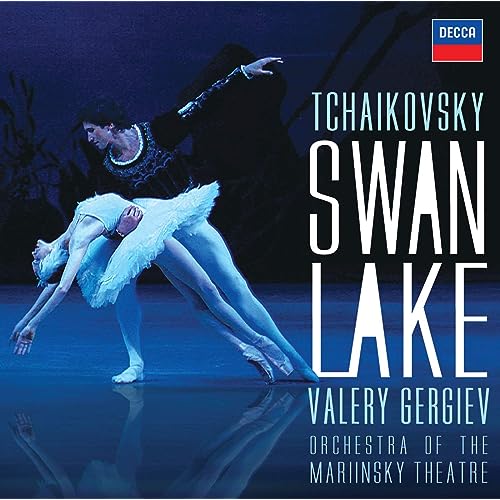 dolly
5つ星のうち5.0 SWAN LAKE: THE 'OFFICIAL' VERSION AT LAST!!!
2007年11月3日に英国でレビュー済み
Amazonで購入
If, like me, you've despaired when landing yet another `manuscript' version of Tchaikovsky's magnificent score - lovely, but longwinded - then don't. A sticker on the front proclaims `Complete Score', but as we're going to see, that's not strictly true.

Finally, FINALLY, someone has had the sense to record the `official' version, as we hear/see Swan Lake live, on stage, complete with delicious interpolations: piano pieces orchestrated to create Odile's sparkling solo, that beguiling Swan Valse from the final act (`Valse Bluette'), and the romantic reconciliation theme for Odette and her Prince. Whole chunks have been moved around to create the version we know and love (famously the Act 1 'Pas de Deux', becomes the `Black Swan Pas de Deux' in Act 3, for example).

Favourites, such as the `Czardas', is well-judged. There are lots of cuts, but as most, if not all, the full-length versions out there, are the exhaustive accounts, it's not a problem. (Previn's rousing 'Scene Finale', for instance, has to be heard to be believed. I go cold every time I hear it). So why not have both?

I have spent *decades* trying to track down just such a recording as this (Gergiev: excellent. Well, he would be - he's conducted this very ballet for some of the finest dancers in the world). 'Til now, I've had to make do with tantalising excerpts (Bonynge), or crackly snippets of those enticing `missing bits' on old LP's. I even had my poor brother rig up my old tape deck to the vcr to record such a score from a ballet video(!) - yes, it was that long ago, and I was that desperate! When I saw the track listing for this particular recording, my eyes came out like marbles!

If anyone is acquainted with Mr Gergiev, give him a hug, please. And tell him "Bravo! You've made dance fans everywhere very happy!!"

**NB: Some list this recording as `live', but the sticker on the front shouts `studio recording'. Sounds great, by the way. The accompanying booklet is very informative. Great pictures, too. It's been was a long wait. But worth it.

Yi-Peng
5つ星のうち3.0 The least successful of Gergiev's three Tchaikovsky ballet recordings
2014年6月13日にアメリカ合衆国でレビュー済み
Amazonで購入
Gergiev's three Decca/Philips Tchaikovsky ballet recordings were not exactly conceived as a series to be done within the same time. So each Tchaikovsky ballet recording captures him at a different point in his career. Of these three recordings this Swan Lake recording is the least successful. I admit that I was not happy with Gergiev's stop-start conducting style in this recording and the congested sound quality of the Maryinsky hall where they recorded this score. I admit also that I did not feel too happy with the use of the reconfigured 1895 Maryinsky score with Drigo's emendations and orchestrations of other Tchaikovsky pieces. I am aware that the reconfigured Maryinsky score of Swan Lake allowed the ballet to be better known, even though these changes were posthumous. However it destroys the coherent plan of Tchaikovsky's original 1877 score, even with the interpolations. It occasionally makes me wish that Gergiev had done both the original score and the Maryinsky score in one package as he did with his recording of Boris Godunov.

Gergiev's version starts off well enough with a well-sculpted introduction and courtyard scene. From the villagers' waltz things start to go rocky. In some of the specialist dances and poetic passages of the score Gergiev's tempi tend to lack suppleness and delicacy. One of the notable examples is the White Swan violin-cello duet for Siegfried and Odette. Notwithstanding the inappropriate harp cadenza, I confess to have felt bothered by the heavy tone of the violinist and the leaden, plodding tempi. In this scene I note that there is no air and space around the instruments, and as such it lacks delicacy. Previn, Dorati and Dutoit capture the delicate, flowing and poetic mood of this scene better. I have also been bothered by the occasional gear-changes in some of the numbers. For instance, the middle section of the Mazurka is slower than the first theme. I find it hard to stomach and this gear-changing tempo lessens the coherence of the performance. Compared to the single-disc Nutcracker, the different sections don't quite flow seamlessly into each other and relate to each other in terms of tempi.

Gergiev's stronger points come in the dramatic, narrative sections. The Swan Theme for oboe is well-sculpted and shaped. He excels in the sequences that involve the telling of the story, notably in the Second Act before the Dance of the Swans sequence. He achieves a telling effect when Rothbart and Odile come to Siegfried's ball.

I am not entirely frustrated with this recorded performance of the Swan Lake score. It is nice to hear Gergiev conduct more Tchaikovsky. However this performance lacks the suppleness that this score calls for. I have also been bothered by the flaccid note attacks that lack crispness and clarity. The sound quality is also not the best. The orchestra sounds congested and the engineering favours the lower end. I know that this engineers have better handled the Maryinsky acoustics than those who did Gergiev's early Philips recordings, such as the Sleeping Beauty recording. It is not as well-recorded as Bonynge or Dutoit, for instance, where there was space, air and clarity in the sound.

When all is said and done, I would rather recommend Dutoit's twin-disc version of the original score for a digital recording of Swan Lake. It is available as a budget-priced slimline twofer. It is a balanced recording where the individual dances express themselves clearly within the superstructure of the score and Dutoit makes room for both drama and lyricism.
続きを読む
3人のお客様がこれが役に立ったと考えています
役に立った
フィードバックを送信中...
フィードバックをお寄せいただきありがとうございます。
申し訳ありませんが、お客様の投票の記録に失敗しました。もう一度試してください。
違反を報告
レビュー を日本語に翻訳する
その他の国際レビューを読み込む

Santa Fe Listener
5つ星のうち5.0 A great Tchaikovsky conductor at his best
2007年11月4日にアメリカ合衆国でレビュー済み
Amazonで購入
This account of Swan Lake sets a new standard for execution and interpretation. Gergiev conducts the ballet with symphonic richness and intensity. The tempos tend to be moderate, since this is the soundtrack for an actual performance and therefore must give the dancers the kind of pacing they can move to. There aren't many moments when the music is allowed to rush headlong and some moments when you feel a bit of imposed restraint. At first I mistook this for lack of drama, but on a second listen Gergiev's deep feeling for every bar came through. This is the first Swan Lake I've ever heard where none of the numbers feels incidental or inferior in inspiration.

Swan Lake has attracted major condcutors in the past -- Ansermet, Dorati, and Previn, to mention the ones I know fairly well. In all respects Gergiev gets finer playing from his musicians, but Ozawa with the BSO and Sawallisch with the Philadelphians are at the same level. Decca's recorded sound is stupendous in both detail and impact. I wish I could report that Gergiev has done a flawless job, but a few numbers, especially the famous Adagio pas de deux between Siegfried and Odette, are strangely inert. Fortunately, that's a rare exception. On the whole I was transfixed from beginning to end. Highly recommended.

An earlier review goes into some detail about the Mariinsky "performing version," which came about in the 1895 revival that made Swan Lake famous. The order of some numbers was shifted; the theater's music director Riccardo Drigo added new music derived from Tchaikovsky's piano music. The prospective buyer can choose between Gergiev and another very good recording of the Mariinsky score conducted by Viktor Fedotov.
続きを読む
9人のお客様がこれが役に立ったと考えています
役に立った
フィードバックを送信中...
フィードバックをお寄せいただきありがとうございます。
申し訳ありませんが、お客様の投票の記録に失敗しました。もう一度試してください。
違反を報告
レビュー を日本語に翻訳する

dthomas
5つ星のうち4.0 An engaging reading
2012年3月6日にアメリカ合衆国でレビュー済み
Amazonで購入
First of all-- in the 20+ years of seriously listening to classical music it has only been the past couple of years that I have revisited Tchaikovsky. I had found his music brash,saccharine, over sentimentalized etc.. But lately conductors like Gergiev (and his elder statesmen Temirkanov) have made me rethink all this.

I agree with the Santa Fe listener that this recording of Swan Lake sets a new standard. Yes, there are some odd tempo choices and a sizable degree of restraint in many passages but what wins over all is the musicality of the reading. Some day I suspect Gergiev will re-record this piece as a concert performance thus being a bit freer with tempos etc but for now this will do just fine.

BTW: Gergiev's Nutcracker and Sleeping Beauty I think are wonderful. Again, I find myself drawn in beginning to end. A true mark of someone who understands the score in my opinion!
続きを読む
3人のお客様がこれが役に立ったと考えています
役に立った
フィードバックを送信中...
フィードバックをお寄せいただきありがとうございます。
申し訳ありませんが、お客様の投票の記録に失敗しました。もう一度試してください。
違反を報告
レビュー を日本語に翻訳する