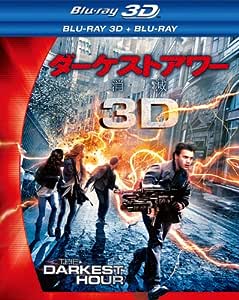 No1MovieFan
5つ星のうち4.0 One of the unsung classics
2013年10月30日に英国でレビュー済み
Amazonで購入
I saw this film for the first time on its release last year and it was the first one I saw and I was a little doubtful about it, but decided to give it a chance, and I was not disappointed.
It featured great visual effects, a scary and very tense invasion by aliens which are invisible to us, (echoes of Predator there of course), but they are not exactly physical creatures, they are instead something entirely different, which was the rather clever part.
It seems to me that sci fi films like this come in waves, as do many other genres of course, but these invasion or sci fi films seem to come by a dime a dozen occasionally, and since sci fi is one of my favourite genres, my fav actually, next to supernatural thrillers, it will always be one I will want to try. They're not all great, granted, but many of them thankfully are, and this one took me by pleasant surprise. The characters in it too, and they're usually young, are often pretty unlikeable or you couldn't basically give a damn about them, but in this case, I am happy to say, it was well drawn out in terms of character as well. You did like them and I wanted them to survive. Naturally, when deaths happen amongst them, as one or two did, (no, not saying who), then it really is sad and it makes me hate the aliens. I was really on the kid's side to blast them to kingdom come.
There are some very tense scenes as well, featuring the aliens getting unnervingly close and the way the kids discover how to defend themselves and fight back, (which again, reminded me of Predator, the aliens getting close I mean, not the kids!).
The strange thing is, that it's a film I kept forgetting about, but finally got it recently on Blu ray US edition, since the cover is so much better, no other reason than that, and having seen it again, I was reminded of just how good it was and have now seen it three times already. It's a bit of an unsung classic, not too widely known I don't believe, but it deserves respect as far as I'm concerned, since it's well done and set in Russia, which I suppose makes a change. The only thing I will say about it, the ending, or rather the last minute or so, is a little unnecessary, and you feel it was a bit 'tagged on', and it should have finished the scene before, which would have been perfect, but alas, it doesn't ruin anything.
An underrated sci fi thriller, definitely worth 90 mins of anyone's time.
続きを読む
6人のお客様がこれが役に立ったと考えています
違反を報告
レビュー を日本語に翻訳する

Brent
5つ星のうち5.0 Invisible invaders in Moscow.
2019年9月1日に英国でレビュー済み
Amazonで購入
A great film that was met with indifference on its release. Ignore that, this is one of the best alien invasion films I've seen since Battle. Los Angeles .
続きを読む
2人のお客様がこれが役に立ったと考えています
違反を報告
レビュー を日本語に翻訳する