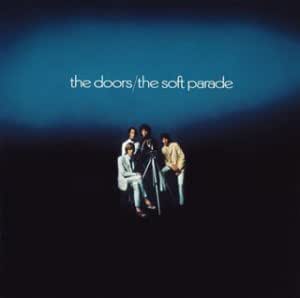 Paul Goldstein
5つ星のうち5.0 Best Later Album, Different From Their Others
2018年8月23日に英国でレビュー済み
Amazonで購入
I always thought their first album was easily their best, as they sounded on that as though they were full of energy, and all their ideas poured on to that one album only, as on it, they created entirely a sound of their own, heavy organ driven rock with slippery psychedelic overtones, plus very strong material. There didn't seem to be a lot left in them after that. But I think this was their best album since their first, as on this album only, they were temporarily exploring other musical paths or ideas on some of the tracks, using orchestrated arrangements on some of the tracks which included brass and also on a couple of those tracks, string arrangements, giving them a different sound. Even the tracks here that were more in their usual style were an upturn here. There is an excellent and interesting selection of bonus tracks here, which includes a rare B side, the brass driven Who Scared You, of which a box set they once had out contained an alternate take, the continental styled Whiskey, Mystics And Men,versions 1 & 2, both with use of an accordian, an alternate take of Touch Me, plus dialogue, and best of all, a great six minute jam, Push Push which is a piano led instrumental with chants in the background, and is more in the Jazzy instrumental style of Ramsey Lewis, but with a tune close to La Bamba, and does not sound at all like The Doors to me, but I like it, although one of those you can hear chanting in the background does sound a bit like Jim Morrison. All their albums including this one, were originally issued on CD with just the original tracks and mixes, and then again with most tracks on each remixed and containing bonus tracks. I noticed that the Autorip with this did not match the CD, which I have noticed on previous occasions. But here, it was an advantage, because the Autorip contained the original track mixes, like with the original CD (but no bonus tracks). Whereas this CD contained remixes of most of the original tracks, plus bonus tracks. Either the instrumental separation between the channels was different, or some instruments that could previously be heard upfront, here were in the background, so you could here the other instruments better. So I got almost two albums worth of different mixes to the price of one. This may be because only the original CDs of these albums are available as downloads, although here, I could not notice a lot of difference between the two mixes of tracks 1, 6 & 9. But track 5 may be a different take, as the organ sounds different. But on Youtube, I picked up one track Touch Me (Alternate Mix) which turned out to be the version here without the overdubbed orchestration - plus the orchestration only, vocals only, vocals and guitar only, and the backing only, like with a lot of their tracks. But you have to be aware that the instrumental parts are from the originals, as sometimes people download their own imitation instrumental parts. Although their first album was released in early 1967, it was recorded in late August 1966 when we were still at the tale end of the British Invasion. But Psychedelia had already started to be felt in the States by then, while the British side of the Pop Rock world was still mostly British Invasion based, until early the following year when it got out-fashioned by the onslaught of Psychedelia, of which The Doors were part of. In September 1965, almost a year earlier, they recorded six demos which were all on that box set. In May 1966, about three months before making that album, they recorded a live session of seven tracks which were recently issued on limited edition vinyl, recorded at The London Fog in LA, not in this country. But you can play it all on Youtube, sound quality not perfect. I.E., as of August 2019, this London Fog concert is now coming on CD. Let's hope the sound quality is better. IE, although I printed the above review 2 years ago, I must point out that this is a review of the single CD of this album with bonus tracks which may no longer be available, I noticed it now appears among the reviews of this box set reissue which I have not reviewed, but the bonus tracks here are not on that box set, but were taken from another box set of theirs with previously unissued material. I think the mixs of the album tracks on the Soft Parade box set are the original album mixes.
続きを読む
10人のお客様がこれが役に立ったと考えています
違反を報告
レビュー を日本語に翻訳する

Og Oggilby
5つ星のうち4.0 The Doors At Their Most Open...
2019年12月4日に英国でレビュー済み
Amazonで購入
'The Soft Parade' is perhaps the most divisive of the Doors albums. Expanding the bands vocals / guitar / keyboard line-up with additional instrumentation - orchestration, etc - seemed to blur the focus of the band. In its latest '50th Anniversary' super deluxe edition, there's an ideal opportunity to re-evaluate it. It's no 'Strange Days', that's for sure, and some of the songs aren't quite fully realised, but it does have the superb 'Touch Me', wherein the brass section and wailing sax solo really enhance the song. I've really come to appreciate what an excellent drummer John Densmore was / is, his percussion on the track is outstanding. And therein lies the key to the band; everyone made a stellar contribution - take one of them away, and its not the same. There's a reworking of the track on here with a contemporary Robbie Krieger guitar break, and its excellent, but to me, the oriignal is inviolate.

The main issue to me on this album is that some of the songs are not the most startling lyrically - the title track is an attempt to do one of their extended tracks, such as 'When The Music's Over' or 'The End', and it doesn't quite scale the heights of musical and lyrical invention of those songs. 'Runnin' Blue' and 'Wishful Sinful' aren't their strongest songs, either, but listening to it in the context of the whole album, they still work.

In many ways, this version of 'Soft Parade' is one of the most revealing of the '50th Anniversary' editions of The Doors catalogue. The bonus material, such as 'Push Push' shows that even when they were jamming something out, their consummate musicality, and the sheere joy they seemed to get from playing as an ensemble really comes out. The 'Doors Only' versions also shows the musical skeleton beneath the finished musical skin of the album proper, and in so doing shows how the band ticked.

My favourite Doors album - 'Morrison Hotel' - will surely get the '50th Anniversay' treatment next year, and I am greatly looking forward to it. In the meantime, I shall carry on exploring and enjoying 'The Soft Parade' - not the greatest selection of Doors songs, but the quality and intent of their performance is there for all to see and hear.
続きを読む
6人のお客様がこれが役に立ったと考えています
違反を報告
レビュー を日本語に翻訳する

Mr C M
5つ星のうち4.0 Damaged on arrival
2019年11月1日に英国でレビュー済み
Amazonで購入
I love these 50th anniversary packs but this one has been packaged all wrong which has caused damage. I have asked for a replacement but if all the records have been put in sideways then I don't hold much hope for an undamaged one. Such a shame.
続きを読む

5つ星のうち4.0 Damaged on arrival
2019年11月1日に英国でレビュー済み
I love these 50th anniversary packs but this one has been packaged all wrong which has caused damage. I have asked for a replacement but if all the records have been put in sideways then I don't hold much hope for an undamaged one. Such a shame.
このレビューの画像

John Stapleton
5つ星のうち5.0 Start here to reveal a great lost album
2013年8月6日に英国でレビュー済み
Amazonで購入
Heavily criticized in its original 1969 form as rather "soft" album by Doors standards, the high quality of the tunes, lyrics, riffs and instrumentals can now be fully appreciated with the passage of time and by including 3 dropped numbers. It is extremely puzzling why so much great material was dropped and why the remaining short album was put out in such a poor order muscically. With these 3 additions, the album comes up to the full 45 mins that it should have been. For the best musical appreciation of this work the tracks need to copied and listened to in the following order:

Side 1:
1 Wild Child (Was there ever a more obvious opening track? Great riff. "Remember when we were in Africa?")
2 Who Scared You (Brilliant riff and edge. Madness to have dropped it originally)
3 Runnin' Blue (Brilliant merging of styles and a tribute to poor Otis)
4 Whisky, Mystics and Men (Version 1. Hypnotic sea-shanty chant. Crazy to have dropped it originally. Works here)
5 Tell all the People (Good song, but lacks distinctive Doors edge)
6 Touch Me (Great tune and luric, brilliant closing brass instrumental)
7 Easy Ride (Good fun, but on the lighter side)

Side 2:
8 Shaman's Blues (This riff winds into your brain)
9 Wishful Sinful (Top-quality tune and lyrics)
10 Do it (Light-weight raunchy fun)
11 The Soft Parade (Episodic, great in parts)
12 Albinoni's Adagio in G Minor (Works perfectly as a cool-down to close. Strings suited to this album and not the previous one from which it was also dropped. Rock is dead!). Can be obtained from Essential Raraties or elswhere.

The track "Push-push" is also included as an extra track here but is of little substance, being just a repetitive jam around the old "La Bamba" standard. No lyric to speak of. It is best left off of this newly revealed album.

lpoolmart
5つ星のうち3.0 Where’s Jim..
2020年3月12日に英国でレビュー済み
Amazonで購入
The Doors experimental phase - which, for me, was too heavy on the strings and horns. Consequently, more miss than hit but definitely worth a spin just to hear Robby Kreigers Dylan-esque comedy style lead vocal on Runnin’ blue. Robbie, obviously a great guitar player and an even better songwriter but, as this tune demonstrates, a god awful terrible singer.. it’s well documented that Jim was as involved in the creation of this album and I think it shows.. for me, only three stand out tracks – touch me, wild child and the soft parade.. The Vinyl its self is good quality. Plays great, sound quality as expected. Basic sleeve though, so no insert on anything to read etc.
続きを読む
違反を報告
レビュー を日本語に翻訳する
すべてのレビューを参照します
Amazonプライム会員ならお急ぎ便、日時指定便が使い放題
さらに、映画もTV番組も見放題。200万曲が聴き放題 。クラウドに好きなだけ写真も保存可能。
> プライムを無料で試す