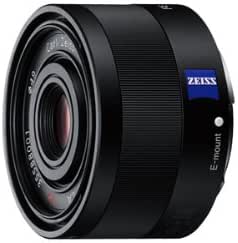 TheOwl360
5つ星のうち3.0 Portability is Second to None Sony-wise but Optics and Quality Control is not There for a Zeiss Lens
2018年4月2日にアメリカ合衆国でレビュー済み
Amazonで購入
The portability and Zeiss badge on this full frame lens made it very very attractive, as I own several Zeiss lenses and was looking for an small, economical, and optically-sound full-frame 35mm prime lens--although, I already own two full-frame zooms and an apsc (crop sensor) prime (Sony Zeiss 24mm 1.8) covering that focal length.

This is a gray market lens (international version, no warranty); thus, I knew I was taking a risk but decided to try it out anyway.

I hooked the lens up to my A7RIII and began testing it. To my dismay, the far right side of all the images produced were soft, indicating the lens is decentered. The lens is flawed, and thus, I immediately returned it to Amazon.

Aside from the issue with decentering, the portability of the lens is second-to-none for a Sony full-frame lens. Although my copy was decentered and thus the optic was not as it should have been, I was still able to form an impression of its optical quality by comparing the center to left side of the frame to those of my other lenses with the same focal length.

In any case, the 35mm f/2.8 is all about portability. The images it produces wide open are noticeably soft in the middle of the frame--that is, if you're used to shooting with Zeiss glass and expect all Zeiss optics to be super sharp wide open. Thus, this lens is more like an f/4 than an f/2.8, as far as I'm concerned.

I would recommend this lens to those looking for a small, reasonably sharp f/4 prime lens.

IrixGuy's Adventure Channel
5つ星のうち4.0 Very Sharp Full-Frame Lens
2016年1月26日にアメリカ合衆国でレビュー済み
Amazonで購入
I was torn between this and the 55mm version. I purchased this one due to the smaller size and travel weight, although the mainstream opinion suggested that the 55mm is sharper. The size and travel weight is minimal. The lens hood is kind of unique but a UV filter will fit fine between the lens hood and lens. That was what I was most confused about before I purchased the lens. This lens stays attached to my A7RII most of the time now. I also have a 24-70mm lens but this one is so much sharper, for both photo and video. I have attached two photos that I snapped with this lens and the A7RII. The image quality has impressed me tremendously! As far as "international version" is concerned, I don't know if that affects anything beyond the warranty. This lens came in a regular box with manuals and lens hood/lens cap.
続きを読む

Robert S.
5つ星のうち5.0 Fantastic optic, highly recommended!
2017年12月2日にアメリカ合衆国でレビュー済み
Amazonで購入
I have the much larger f/1.4 version of this lense by Sony, but purchased this for travel and light duty. Very sharp optic with gorgeous color, a trademark of Zeiss. Yes, it does have some vignetting and distortion wide open, but these are easily corrected in post using the appropriate Light Room profile. I love this super lightweight alternative to its big brother and enjoy the shooting experience with it. Highly recommended!
続きを読む
1人のお客様がこれが役に立ったと考えています
役に立った
フィードバックを送信中...
フィードバックをお寄せいただきありがとうございます。
申し訳ありませんが、お客様の投票の記録に失敗しました。もう一度試してください。
違反を報告
レビュー を日本語に翻訳する