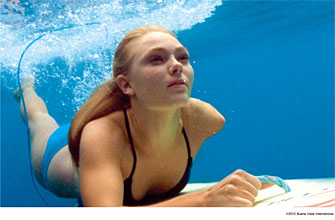 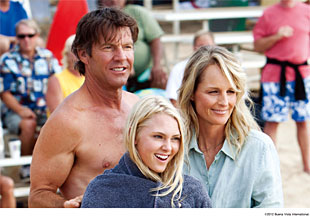 getwild-89
5つ星のうち5.0 Inspirational and motivational movie!
2014年10月22日に日本でレビュー済み
Amazonで購入
This is one of my favoutites all-time movies!
The story inspires me so much, makes me fight for life, for a new beginning!

The DVD: audio is in English, with subtitles in French, Soanish and Brazilian Portuguese
続きを読む
6人のお客様がこれが役に立ったと考えています
役に立った
違反を報告
レビュー を日本語に翻訳する

JS
5つ星のうち5.0 Very moving film but don't be confused by the description on the listing
2018年9月17日に英国でレビュー済み
Amazonで購入
The listing describes the DVD as Region 2 - for viewing in the UK - but a Region 4 DVD came. However, after contacting the seller and trying the disc, apparently Region 4 also works in the UK as well. I've learnt something new!.

The film is great. I previously watched it on Netflix but it has since disappeared. I had been looking to buy the DVD for ages, the only ones available were from the US, until I found this one. True story, emotional at times, would and have recommended.
続きを読む
3人のお客様がこれが役に立ったと考えています
違反を報告
レビュー を日本語に翻訳する

Darth Maciek
5つ星のうち5.0 "I don't need easy - I just need possible!"
2013年7月4日に英国でレビュー済み
Amazonで購入
This is an EXCELLENT film, with BRILLIANT actors, telling an EXCEPTIONALLY moving real story! Below, more of my impressions, with some SPOILERS.

PRECISION: this is a Region 1 NTSC DVD - it will NOT play on Region 2 PAL European equipment.

As you probably already know, this film tells the true story of Bethany Hamilton, a very promising young American surfer, who suffered a bad accident in October 2003, as the result of which she was very seriously and permanently injured. This is mostly the story of her struggle to overcome the results of the accident, return to a normal life and especially go back to her great passion - professional surfing.

This is a rather low key film, made with a rather modest (by US standards) budget, but nevertheless it packs an enormous punch, with some scenes being simply breathtaking. It was made possible by skilfull filming, good scenario, strong dialogs and a little bit of very discreet but extremely well made CGI.

All actors did their best in this film and for such a little production quite an ensemble cast was gathered:

- AnnaSophia Robb, who plays Bethany Hamilton, is of course the main star and she is AMAZING, as excellent as she was in her big break "Bridge to Terabithia" (and gosh, did this girl grow well since then!). I sincerely believe that she has the potential to become another Natalie Portman in the future!
- Dennis Quaid and Helen Hunt play Bethany's parents and they are both GREAT
- singer Carrie Underwood, winner of "American Idol", makes here one of her rare appearances in cinema - and she is excellent!
- Craig T. Nelson, a Hollywood veteran specialist of second roles, plays here the surgeon who treats Bethany after the accident, and his calm and low key performance is an asset to this film
- Kevin Sorbo, mostly known for portraying Hercules in the 90s, plays here a role rather unusual for him - and he does it very well
- Branscombe Richard, an actor of Hawaiian ancestry known for his huge size and unique facial features and haircut, appears here as a Hawaian ex-surfing champion
- Lorraine Nicholson, young daughter of Jack Nicholson, appears here in the role of Alana Blanchard, Bethany's best friend - and also a great surfer herself
- Jeremy Sumpter, who in 2003 was an impressive Peter Pan, appears here as one of Bethany's brothers
- smoking hot model and surfer Sonia Balmores Chung, Miss Hawaii Teen 2004, plays here Malina Birch, Bethany's nemesis in surf competitons...
- last but not least, REAL Bethany Hamilton (filmed from some distance) appears in some scenes showing her impressive surfing

This film is deeply immersed in Christian teachings, as in real life Hamilton family was (and still is) very religious. However, there is no heavy hammering of Bible on the viewers - the message is discreet and softly spoken. This film tries to tackle one of the hardest questions a Christian can be asked: "Why does bad things happen to good people?". It is hardly a spoiler to say here that there will be no fully satisfying solution given to solve this riddle - but some elements of answer, quite important, will be provided. Those answers will not satisfy everybody - but those who so wish can find more elements in the Bible, and especially in the Book of Job.

Bottom line, this is an excellent, wonderful film, which should please adults and young teenaegers alike. I recommend it with whole my heart! And to end this review, I will give the last word to Bethany Hamilton, who is now 23 and just announced her engagement (UPDATE in June 2014: she married her fiancée in August 2013): "Surfing isn't the most important thing in life. Love is."
続きを読む
3人のお客様がこれが役に立ったと考えています
違反を報告
レビュー を日本語に翻訳する

Robert H Weller
5つ星のうち4.0 A well made production from a remarkable autobiography
2017年11月3日に英国でレビュー済み
Amazonで購入
A well made production that relates a remarkable story. It does seem to underplay the faith element that is clear in the sub-title of the autobiography from which it is taken. However that aspect is apparent in the accompanying background story where Bethany Hamilton talks about living through that time. A story well worth hearing that we have shared with our youth group.
続きを読む
1人のお客様がこれが役に立ったと考えています
違反を報告
レビュー を日本語に翻訳する

Hannah
5つ星のうち4.0 PERFECT!!
2015年9月7日に英国でレビュー済み
Amazonで購入
I bought this a while ago after watching the film in cinema. It's such a beautiful film which i instantly related to. It's a christian film and really expresses the religious view perfectly, thankfully it wasn't cheesey, so anyone would love this film. However when i bought this i wasn't careful as it's a region 1 and i didn't have a region 1 dvd player, so was stuck for a while. But now we do and i have enjoyed watching every second of it. Would recommend.
続きを読む
1人のお客様がこれが役に立ったと考えています
違反を報告
レビュー を日本語に翻訳する

Jennifer
5つ星のうち5.0 GREAT ACTING
2016年7月6日に英国でレビュー済み
Amazonで購入
This is one perfect film based on a true story about a professional surfer. After a shark attack she try to fight to continu to surf by training and with the care and love from her fans, friends,family she fight to become a great surfer. At the very end of the film you will see the real young lady and her interviews. Its an incredible story, my best friend Dan loved it. The actors did a great job.
続きを読む
違反を報告
レビュー を日本語に翻訳する
すべてのレビューを参照します
トップへ戻る
Amazonについて
Amazonでビジネス
Amazonでのお支払い
ヘルプ＆ガイド
日本語ショッピングのための言語を選択します。 日本ショッピングのための国/地域を選択します。
© 1996-2020, Amazon.com, Inc. or its affiliates