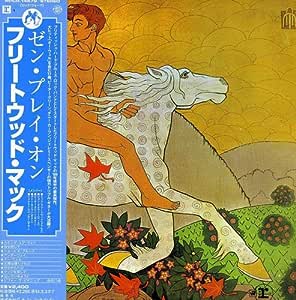 groover
5つ星のうち5.0 I would just like to add that I found the Japan issue SHM ...
2015年2月18日にアメリカ合衆国でレビュー済み
Amazonで購入
I would just like to add that I found the Japan issue SHM version considerably better than the US issue in terms of clarity, realism, and tone. So much so, I just bought Kiln House in the SHM version. I found the SHM versions of the YES albums fantastically better than US versions. SHM is a manufacturing process meant to make it easier for the laser to read the disc. Even when the same masters are used, the SHM offers an advantage to a machine and digital system capable of making use of it. That advantage should be less error correction/ interpolation, and better accuracy of phase and amplitude data in reading the disc. I didn't think SHM discs had much to offer until I began trying different CD/DVD drives in my server and found one that just sounded WAY better than others. Now, the sonic quality of SHM discs is quite evident. One can often buy SHM, remastered SHM, and Platinum remastered SHM versions of a particular release. In general, each one is a step up in clarity, inner detail, realism, and inner dynamics. Perhaps not mind blowing steps, but I enjoy the music more - thus worth it to me.
続きを読む
役に立った
フィードバックを送信中...
フィードバックをお寄せいただきありがとうございます。
申し訳ありませんが、お客様の投票の記録に失敗しました。もう一度試してください。
違反を報告
レビュー を日本語に翻訳する

ppcc
5つ星のうち3.0 shm disappointment
2013年10月10日にアメリカ合衆国でレビュー済み
Amazonで購入
well...just received via registered mail...two of my classic rock/blues favourites. Kiln House & Then Play On....SHM format.
I already have 4 other SHM titles (Sticky Fingers, Quadrophenia, Paranoid & The Original Sountrack/10cc). All 4 of these SHM's appear to be worthy of the considerable investment to get the best/most-technological sound available.
I enjoy SACD and DVD-Audio titles on my system Denon AVR5803 & Denon DVD5900 & Krell Resolution-2 speakers, PSAudio power conditioner, PSAudio interconnects. For the testing I did to evaluate these 2 SHM Mac titles...I used headphones (Sennheiser HD600 w/Stephan Audio-Art/Equinox replacement cable. Didn't mean to load you up with this silly hardware drivel...just wanted to point out that upon listening to the SHM versions of Kiln House & Then Play On...the only difference over the red-book versions (not the RE-1 versions)was that the SHM copies played slightly louder. The exact same hiss levels on entrance and exit points on all the same songs were clearly apparent on both versions for both titles. Track-1 exit on Then Play On...and entrance into track-2 had the same hiss levels and even the same pop at the same juncture. Kiln House exit from Earl Gray and into One Together...same thing. C. McVie harmonizing 1/3rd the way through One Together had the same 'wobble' on both versions. I so wanted to hear a difference, but not to be. I purchased through Amazon (other seller in Japan/less $) and for these 2 purchases, I am very disappointed. John H. McCarthy...I see you reviewed Future Games/SHM quite similarly. I thought some other descriptions of Warner's poor efforts on these SHM's was right on. BTW....I rate both these titles as 5++ artistically. I have all the Mac/Kirwan/Spencer...Chicken Shack, Savoy Brown, Mayall, Rory...LP's/CD's...etc. I even saw Peter Green play at the State Theatre/Falls Church a few years back. I hope this helps. Cheers!