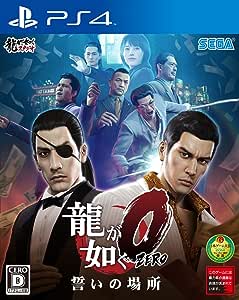 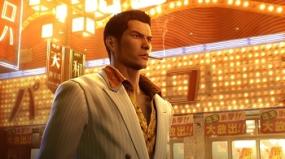 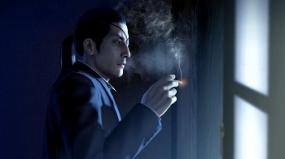 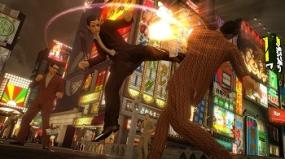 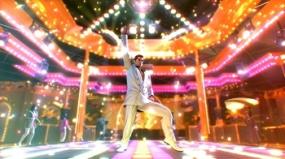 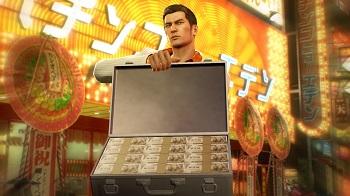 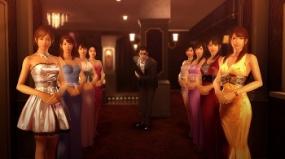 Kiryu 1988
5つ星のうち4.0 Yakuza Zero review- from a fan
2015年11月5日にアメリカ合衆国でレビュー済み
エディション: Amazon特典無Amazonで購入
Let me begin by saying that I'm a huge yakuza, (as it's known here in the U.S.) fan I will review what I've played of this game so far as someone who has a pretty good idea of the franchise as a whole.

1. Graphics/10 -pretty detailed character models and environments. The game devs do a fantastic job of recreating 1988 japan, from the music to the style and just the overall vibe of the game. I understand that this is a cross-gen game being that it's on ps3 also, but I doubt that version will have the amount of detail this does. Voiceovers are well done despite being in Japanese and I only understand very little of it, but it ain't my first rodeo with importing a ps game so I can usually figure out where to go and what to do( plus I found an English walkthrough online) so I can get by. I also like the expression on characters faces that matches perfectly with their dialogue.

Gameplay/10- the first thing I noticed immediately moving at the start of this game was the frame rate. It is at a smooth 60fps which made the action that much more intense and fast-paced. Usually I don't make a big deal about 60 frames per second unless it's a first person shooter, however it does make this game all the more enjoyable when navigating and fighting. Speaking of fighting, this game is a bit higher than the previous games I played( yakuza2, 3, 4) on ps3 in terms of movesets. The other games has a deep combat system involving using combos, environment, weapons, and punishing stylized moves called heat specials to devastate your opponents. All of that is retained here and then some. Now with the 2 characters you control, each has his own fighting style with the ability to switch between 3 variations. If you've played mkx, it's the exact same concept. The main character, Kazama Kiryu has a street fighting type with fast punches, kicks, and throw type moves, a boxing type style where he can dodge and strike quicker, and what I call power style where he basically beserks with slow powerful moves including picking up weapons in the middle of combos similar to how Nathan Drake did in uncharted 3 when he was fighting near an object. This adds more strategy and excitement to the game, boss battles in particular. There was a boss I fought early in the game who was giving me a hard time. I switched to the boxing style, and immediately beat him senseless since he couldn't keep up with my speedy dodges and punches. The old game would have had me continually trying the same style over and over till I got it right. In short, I
I like the new battle system.

Story/8- okay, I took two points off since I don't understand a lot of Japanese therefore missing out on what I assume are critical dialogue moments given the characters tone of voice and expressions at certain points in some cutscenes. However as I stated before, I have an English guide and can figure things out most of the time. I get that the first of it is you play as 2 big characters in the series before they became legends in the Yakuza underworld since it's a prequel to the previous games I mentioned earlier. In those games, they were fully established, now I get to see how they got to that point, how they fought when they were younger, how different their personalities were, and how they came from the bottom as yakuza low-level grunts and worked their way to the top as they would seen and known for on their later years in the ps3 games.

Overall, I like the game much better than the sequels I played previously and normally I play these game's with English subtitles because I also like the stories and like to I understand what's going on. This game ain't coming to the stated anytime soon, so even though I knew the language barrier would be there, I still got it because I enjoy the series, and I don't regret it. Of you are a fan of the yakuza series like I am, then import this either for ps4 or ps3, don't let not being able to understand Japanese deter you👍
続きを読む
3人のお客様がこれが役に立ったと考えています
役に立った
フィードバックを送信中...
フィードバックをお寄せいただきありがとうございます。
申し訳ありませんが、お客様の投票の記録に失敗しました。もう一度試してください。
違反を報告
レビュー を日本語に翻訳する

Bryan Taboas
5つ星のうち5.0 Another great Yakuza game!
2015年10月21日にアメリカ合衆国でレビュー済み
エディション: Amazon特典無Amazonで購入
It got to my house on time and I was very excited to start playing. The intro is well get you pumped at the start. I do recommend looking for an English guide since some missions do not have a marker on them. Other than that it's very fun to give thugs their daily dose of shoe leather as Kiryu.
続きを読む
1人のお客様がこれが役に立ったと考えています
役に立った
フィードバックを送信中...
フィードバックをお寄せいただきありがとうございます。
申し訳ありませんが、お客様の投票の記録に失敗しました。もう一度試してください。
違反を報告
レビュー を日本語に翻訳する

Archaenon
5つ星のうち5.0 Heck of a ride, best in the series!
2015年12月13日にアメリカ合衆国でレビュー済み
エディション: Amazon特典無Amazonで購入
I'm a huge, huge RGG fan, this review being late.

This is probably the best in the series from a style and game play point of view. Great story, good characters, officially a Tachibana fan. RGG is one of the best storylines in gaming and this title isn't a letdown.

Downsides are, reused cut scenes from previous games, repeating qte fights, there is one right after each other that uses the exact same qte. Texturing in some spots is very questionable, solid title bit feels pushed out the door.