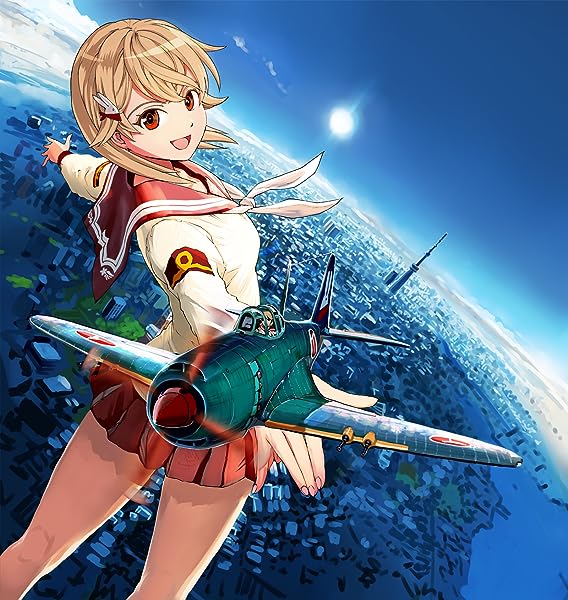 Travis
5つ星のうち4.0 Witches of Africa - Tiger in the Desert Doujinshi
2017年5月8日にアメリカ合衆国でレビュー済み
Amazonで購入
This edition is in Japanese. (I'm getting that out of the way right now.)

For the (low) price, it's a good buy for any Strike Witch fan.
Art = 8/10 (It's not the best in the series, but it is definitely good quality.)
Story = 9/10 (I've read translations)
It's a doujinshi that is considered part of the semi-canon, Africa campaign. This particular book has 4 segments:
1- Witches in Africa: Inspired by operation Battleaxe, Major Bach and the Storm witches defend Halfaya Pass with 8.8 Flak Guns.
2- Tiger in the Desert 1: A special land-striker unit based on the WWII Tiger Tank is being tested. *Bonus - General Patton shows up fanboying over the mighty Tiger Tank-Witch.
3- Tiger in the Desert 2: Continued from Part 1, the Tiger Tank-Witch and her 2 engineers/development officers are in a bind when a battle-ship sized Neuroi comes to the party. (Epic explosive action, fanservice abounds, Patton returns, and even a bit of romance.) The Neuroi learn just how deadly a Tigress can be... Especially when the Star of Africa is covering her from the skies above!
4- ????? The 4th part seems to be an extra story detailing Keiko Katou and handling her photos. I can't say much else since I can't read the Japanese. (I am uncertain about the online translations too since I haven't seen it elsewhere before.)

As I said, if you have a few bucks and are a big Strike Witch fan, or if you just want to see Patton in the Witches World, give this (as well as the other doujinshi of the Africa Campaign) a buy and see for yourself!
続きを読む
1人のお客様がこれが役に立ったと考えています
違反を報告
レビュー を日本語に翻訳する