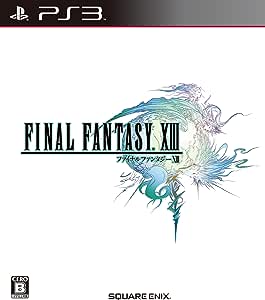 2DLove
5つ星のうち1.0 Insultingly easy with zero depth
2019年5月19日にアメリカ合衆国でレビュー済み
エディション: 通常版Amazonで購入
Let me begin this review by cautioning that if you play Final Fantasy XIII in any normal way or any way that even vaguely resembles the developer's intentions, it is a VERY BAD GAME, like a 2/10. There's really one reason why this is the case, and that's because the game is ludicrously easy. Even for a JRPG, there is just no challenge to be found here. I have solved captchas that are harder than this game.
The reason the game is easy is because it has to be, and the reason it has to be is because there's no depth to the game's systems. The Chrystarum, the system that replaces experience points and levels in this game, has essentially zero depth to it. The much touted Optima system is nothing more than a fancy name for the feature where you tell your AI controlled party members what to do that half of all JRPGs have had since Dragon Quest IV. There's no depth to that either, one healer and two attackers will easily get you through 99% of the game's fights, no sweat.
Because the game has no depth if they had made the game harder you wouldn't be able to beat it because you just have that little input on the battles. If the player isn't allowed to do anything besides pick whether you want one healer or two and mash the attack button (and in FF13 that really is just about it) and you put in a fight that can't be beaten with those tools then it's unwinnable.
If you wanted to play FF13 because the idea of autobattle as a system in a JRPG is interesting to you, play Final Fantasy IV DS instead. In that game you have to come up with a combination of pre-programmed attacks that can beat all of the random battles in the area with minimal attrition. A lot of strategy goes into it and the boss battles are challenging for other reasons; really it's just an above average JRPG.
If you wanted to play FF13 because you think that Lighting is a pretty girl and you'd like to play a fun video game while looking at her, play Lightning Returns instead. It's legitimately one of the best video games of all time, it's excruciatingly difficult and unforgiving with very deep systems you won't find in any other game and super-tight controls. You can dress Lightning up in over a hundred outfits, they added breast physics, the opening scene takes place in a strip club. You just can't go wrong with Lightning Returns unless you hate really difficult games.
Whatever you do, don't play Final Fantasy XIII because it is a terrible JRPG.
That said, if you can get over the lack of challenge, perhaps by having bad taste in video games, there's actually a lot to like about Final Fantasy XIII. The environments and effects are gorgeous, the music as good as ever, Lightning looks like Audrey Hepburn with her hair dyed. FF13 has one of the best stories of any Final Fantasy game (which says extremely little). There are moments where the game feels almost tolerable, or even good, scattered throughout. But it's really just not worth it.
続きを読む
違反を報告
レビュー を日本語に翻訳する

Vivi
5つ星のうち5.0 Final Fantasy XIII
2020年4月19日にアメリカ合衆国でレビュー済み
エディション: 通常版Amazonで購入
i love final fantasy xiii, not everyone else though. i enjoy the characters and the world itself. so getting to play this game again will be awesome.
続きを読む
違反を報告
レビュー を日本語に翻訳する