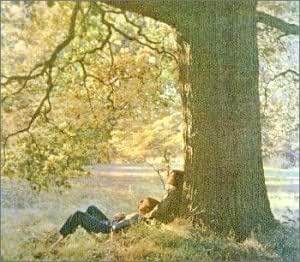 Japanese Version featuring an Outer Slipcase Cover. Tracks Are the Same as the USA Version.

Japanese Version featuring an Outer Slipcase Cover. Tracks Are the Same as the USA Version.

The Punk Panther
5つ星のうち5.0 Don't believe in Beatles...
2018年9月29日に英国でレビュー済み
Amazonで購入
I have to say, initially, that I much prefer the 2002 remaster to the 2010 one, which I found far too weak and trebly for my taste. I like a full, warm, bassy sound and the 2002 remaster certainly delivers that. Klaus Voorman played bass on this album and I want to hear him. Thankfully on this version, I can, loud and clear.

This is a raw, edgy and angst-ridden solo album from John Lennon, his first "proper" solo piece of work. Lennon explores all sorts of mother and parental issues, anxiety about relationships and some cynical, political protest thrown in.

It is musically basic - guitar, bass and drums for the most part with occasional piano and keyboards. Its sparse sound adds to its appeal for me, I always found parts of "Imagine" to be somewhat over-orchestrated. Old mate Ringo Starr is on drums throughout, giving it considerable gravitas.

"Mother" is a yearning, heartfelt opener with anguished vocals and a great backing sound to it. "Hold On" has an absolutely sumptuous bass on it from the talented Klaus Voorman. "I Found Out" is bluesy and confrontational and has Lennon shocking the world when he sings of "some of you sitting there with your cock in your hand...". This was pretty racy stuff for 1970. This was Lennon at his most scathing and world-weary. "Working Class Hero" continues the mood brilliantly, as Lennon channels his inner Dylan and produces are superbly cynical protest song. There is no doubt by now the Lennon's world is not a particularly happy one, despite his apparent bedroom bliss with Yoko Ono. The bleak ballad, "Isolation", only serves to reinforce that feeling. The album's cover shows a pastoral, peaceful scene, much like Wings' "Wild Life". This was anything but a relaxed album.

"Remember" is musically upbeat, with a pounding drum sound, augmented by a clunky piano. Again, though, it is a questioning song, one of disillusion. It actually has hints of McCartney about it, for me. As indeed does the tender "Love", the first chilled-out love song on the album. The buzzy guitar-driven "Well Well Well" has echoes of "The White Album" in some ways. Maybe it is Ringo's muscular but rhythmic drumming. It is supposed to be a song about Lennon's daily life with Yoko. It ends with him screaming. Read into that what you will about his state of mind. He was always an impossible person to read.

"Look At Me" is acoustically beautiful, Beatles-esque, but is deeply self-analytical once more. Having questioned his entire existence and his life, there can be only one more thing to question - God. The track bearing the deity's name is a marvellous slice of Lennon cynicism sung over a stark piano, bass and drum backing. "God is a concept by which we measure our pain...". Heavy stuff Lennon then proceeds to list everything he doesn't believe in, incredibly convincingly and aggressively, eschewing, amongst other things, all the guru stuff, then Elvis and Dylan, until finally saying "I don't believe in Beatles...". This was possibly Lennon's most powerful, post-Beatles song of all. "I was the walrus, but now I'm John...". What a great line. What a moving song.

Personally, I find the short, painful "My Mummy's Dead" to be unlistenable, so I do not include it when playing the album digitally, replacing it with the two chanting protest songs, "Power To The People" and "Give Peace A Chance". So, for me, "God" is followed by the fist-pumping unity of "Power To The People". I find that quite apt. I do understand, though, "Mummy"'s vital position on the original album, ending it on a starkly disturbing, anguishing note.
続きを読む
9人のお客様がこれが役に立ったと考えています
違反を報告
レビュー を日本語に翻訳する

Mark Trimnell
5つ星のうち2.0 Beware - terrible washed out cover. Dreadful.
2020年8月12日に英国でレビュー済み
Amazonで購入
I've had my original copy for 40 years, and it is a bit scratched(!) so felt it worth getting again as I play this album a lot. What a disappointment. The cover is really washed out, and my 40-year-old cover (probably 50 years old, as I bought it second hand) is far superior. This makes it a poor purchase, as I am an avid collector of Beatles stuff and I wish I'd bought another second-hand copy. Above is an image, and my older version is on the left.
続きを読む

5つ星のうち2.0 Beware - terrible washed out cover. Dreadful.
2020年8月12日に英国でレビュー済み
I've had my original copy for 40 years, and it is a bit scratched(!) so felt it worth getting again as I play this album a lot. What a disappointment. The cover is really washed out, and my 40-year-old cover (probably 50 years old, as I bought it second hand) is far superior. This makes it a poor purchase, as I am an avid collector of Beatles stuff and I wish I'd bought another second-hand copy. Above is an image, and my older version is on the left.
このレビューの画像

Ian Gordon
5つ星のうち4.0 A real classic.
2021年3月13日に英国でレビュー済み
Amazonで購入
I bought this on vinyl, when it was originally released, and then later on cassette. Now upgrading to CD for better quality. This is a real classic, originally released in late 1970. This albm is full of emotion from John lennon, as The Beatles had recently split up, and he had just gone through (what I believe) was called Primal Therapy. The songs certainly show his feelings at the time. From the death of his mother to the breakup of the Beatles. Maybe not as commercial to Imagine (the follow up), but does contain some wonderful songs. Stand out tracks are Hold On, Isolation, Love and Look At Me. I would think that any John Lennon fan, already has, or shoulg get, this wonderful album. Highly recommended.
続きを読む
1人のお客様がこれが役に立ったと考えています
違反を報告
レビュー を日本語に翻訳する

Tony S
5つ星のうち5.0 Beautiful and sometimes brutal
2018年6月18日に英国でレビュー済み
Amazonで購入
The greatest genius of the Beatles is here in fully personal mode. The songs are beautiful but, often very very bleak. There is pain and loss, mourning and sadness here, but hope too. It is a masterpiece.
続きを読む
8人のお客様がこれが役に立ったと考えています
違反を報告
レビュー を日本語に翻訳する

Amazon Customer
5つ星のうち1.0 wouldn't recommend the vinyl
2020年5月15日に英国でレビュー済み
Amazonで購入
This is 1 of my favourite albums of all time so as far as that goes I obviously like it, but I ordered this back in February and had to send it back as almost all of the songs jumped and there were scratches on both sides, it was the only vinyl I owned that did this. I've seen a lot of reviews where people have had the same problem. Ordered it again and had the same problem, unfortunately, the vinyl seems to all be faulty.
続きを読む
3人のお客様がこれが役に立ったと考えています
違反を報告
レビュー を日本語に翻訳する
すべてのレビューを参照します
トップへ戻る
Amazonについて
Amazonでビジネス
Amazonでのお支払い
ヘルプ＆ガイド
日本語ショッピングのための言語を選択します。 日本ショッピングのための国/地域を選択します。
© 1996-2020, Amazon.com, Inc. or its affiliates