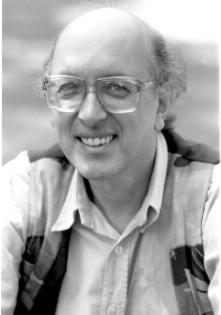 A scientific approach to Jung's concept
By Howard A. Jones

F. David Peat is a physicist who, earlier in his career, worked with another holistic visionary, David Bohm. This book is an exploration of the significance of synchronicity in contributing to the order of the universe.

Chapter 1 provides examples of synchronicity in physics (as in the quantum interaction of subatomic particles) and personal psychology (some of the seemingly inexplicable but significant coincidences we find in our everyday lives). Chapter 2 outlines the Newtonian mechanical world-view and shows that, even here, there are many instances where the itemized, reductionist approach is not sufficient to describe the behaviour of all systems. This is where things could get scary, but Peat glides smoothly over the surface of the variational principle and the Hamilton-Jacobi equation by saying merely that these are theoretical techniques for studying the optimization of whole systems. In Chapter 3 he moves on to the living universe where coordination or synchronicity between different components of a system is an essential element of their function. Synchronistic thinking amongst the individuals in a population gets governments elected - or revolutions started! Synchronicity is also to be found in the behaviour of flocks of birds, schools of fishes or social insects. Physical phenomena like turbulence and superconductivity and the dissipative structures suggested by Ilya Prigogine are also described here because they involve the same kind of coordinated behaviour of constituent particles.

Chapter 4 on Patterns of Mind and Matter alludes to a creative consciousness that participates in the symmetry of geometrical and natural structures, in that such symmetry is both constitutive of the object and descriptive as part of human perception of the object. Structures of atoms and their constituents are also described here, after Heisenberg, as material realizations of such underlying symmetries. Our human propensity to seek out symmetries and patterns in the world are seen as archetypes within Jung's collective unconscious. Chapter 5 expands on the reductionist scientific world-view by considering how synchronicity emerges in the way that the ancient Shang people of China and the contemporary Naskapi Indians of Canada view their world. Chapter 6 explores resonances between these world-views and the morphic field of Rupert Sheldrake and the implicate order of David Bohm, both of whose theories are expanded on in a little detail. Peat has the advantage of having worked with Bohm and, as a physicist himself, is in a position to explain Bohm's quantum theories simply. Karl Pribram's theory of brain function, referred to here, was also heavily influenced by Bohm.

Dr Howard A. Jones is the author of The Thoughtful Guide to God (2006) and The Tao of Holism (2008), both published by O Books of Winchester, UK.

SaintFeock
5つ星のうち5.0 A first class account of non-causal connections in the universe
2012年12月29日に英国でレビュー済み
Amazonで購入
The author is a respected scientist who has created a highly readable account of the limitations of explanations in science based purely on cause and affect. He takes seriously the idea that another connection between events may exist defined by their meaning to the observer. Synchronicity is the term created by the psychologist CG Jung for such connections. Now that a relationship between physical phenomena and the fact of them being observed has been discovered in quantum physics it seems likely that phenomena hitherto regarded as 'mystical' or 'occult' may come under the umbrella of acceptable science. This book is for those who would find that interesting.
続きを読む
5人のお客様がこれが役に立ったと考えています
違反を報告する
レビュー を日本語に翻訳する

Florence319
5つ星のうち3.0 Hmm - some good stuff but I found it confusing
2015年3月15日に英国でレビュー済み
Amazonで購入
This is an erudite work but seems to me to be a little contradictory. Partly arguing for the new/higher physics (ie .all observers affect what they observe, ie there is no possibility of absolute objectivity) he seems to time and time again fall back into the traditional (Newtonian) attitude which embraces the 'all scientific knowledge is totally without objectivity and so is undeniable'.

Connor Lewis
5つ星のうち5.0 Well structured.
2020年12月13日に英国でレビュー済み
Amazonで購入
Clearer understanding of a topic that has resonated with me.