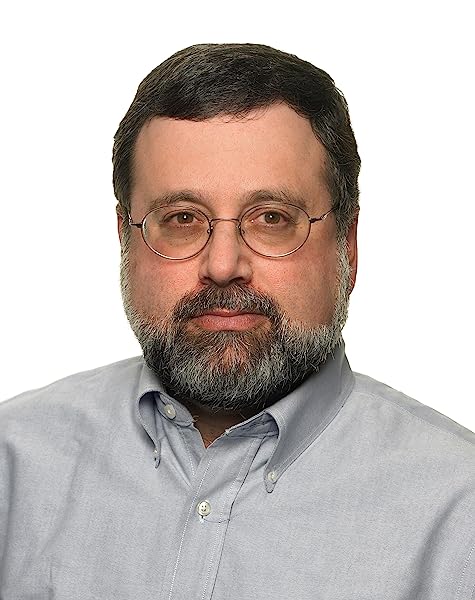 Jean-Jacques Vitrac
5つ星のうち5.0 The minds behind the Silicon Valley technological empire.
2014年12月1日にアメリカ合衆国でレビュー済み
Amazonで購入
The Silicon Valley has been copied often throughout the world. With no success so far. Because it is
not simply a high tech park, a market of "Stuff". It's an amazing collection of highly motivated individuals.
A permanent challenge to high tech and bio tech performance. A unique cooperation between industry and
academia. A cross-fertilization of cultures, ideas, nationalities, research and finance. A collection of some of the
most creative individuals of this amazing corporate and financial Silicon world.
This book is presenting us with some of the best minds of the Silicon Valley, the heroes - known or not so known -
who have been associated with the making of a unique technological empire.
Very educational and enjoyable !
続きを読む
2人のお客様がこれが役に立ったと考えています
違反を報告
レビュー を日本語に翻訳する

Sheryl L. Katz
5つ星のうち2.0 Rehash of Other Peoples Stuff
1999年12月12日にアメリカ合衆国でレビュー済み
Amazonで購入
If you've found the Silicon Valley and related industry to be worth reading about, and if you've read most of the other books on the subject, you won't find much new or interesting, or even that entertaining in this book.
The breezy, irreverent style is pretty much a knockoff of the classic approach taken to the Valley by Robert X Cringely in Accidental Empires (if you've read that book or seen the TV shows you'll recognize a lot of the stories here). If you've read the Gates Biographies, the Larry Ellison biography, the William Shockley Biography, the and the book about Intel, you'll start to think this book is a stringing together of twice and thrice told tales.
I did find the sections about the workings and history of the venture capitable firms to be interesting, and the material in them to be new - at least to me - but the rest of the book was so much a warmed over retelling of better, deeper books it makes me think I just haven't yet read the book on venture capitalists that those chapters came from.
If you haven't read the other books I've mentioned, and you want a readable account telling some of the big stories of the Valley, then this book is an acceptable primer. But, as others have noted, it just tells the "big" stories and really doesn't get at what the Valley is about.
続きを読む
30人のお客様がこれが役に立ったと考えています
違反を報告
レビュー を日本語に翻訳する

Robert A. Varga
5つ星のうち4.0 A look into another world
2009年11月30日にアメリカ合衆国でレビュー済み
Amazonで購入
The Silicon Boys is a fantastic look into the history of the many successful (and some not so successful) companies that have come out of the Silicon Valley, but also a look into the mentality of the men who run the tech industry. The book is set up like a documentary, and stays interesting throughout by giving you lots of interesting facts and side stories about the men who make up the elite of Silicon Valley.

The book is split into ten chapters, and each talks about a different segment of the industry, starting with a history of why California, especially the Silicon Valley region, is great for the start of new ideas and money making. Kaplan goes into what is basically the birth of the consumer computer industry, with the invention of the transistor at Bell Labs, and how that progressed to the integrated circuit and the microprocessor.

In the last part of the book, Kaplan talks about the rise and fall of Netscape, and their battle against "the evil Microsoft." It really shows how unpredictable the web market can be, and how ruthless some companies get in search for market share. He ends the book by talking about Yahoo! and how they have created one of the most successful businesses online.

I would strongly recommend reading this book, especially if you are interested in technology and the history of the many successful businesses to come out of Silicon Valley. Keep in mind though, that this book was written in 1999, so some of the information, especially at the end, seems dated.
続きを読む
1人のお客様がこれが役に立ったと考えています
違反を報告
レビュー を日本語に翻訳する

Rick Spell
5つ星のうち4.0 Entertaining collection of short stories on Silicon Valley
2000年4月28日にアメリカ合衆国でレビュー済み
Amazonで購入
This was a worthwhile, fun read. With many short stories about different subjects, it provides great stopping points if you have to read it in many settings. Many of the stories are rehashed and if you read Forbes and Fortune you will be familiar with much of the material. Irrespective, it is still humorous, educational and entertaining, particularly if you are not well versed on the subjects. Having read Ellison's book, a little of Larry goes a long way. The Yahoo story was particularly interesting as I had not read much on them. The "old" history of the valley was also interesting to frame where we are now and this book gave a good review of the incestous growth from those companies. I think you will enjoy this book.
続きを読む
2人のお客様がこれが役に立ったと考えています
違反を報告
レビュー を日本語に翻訳する
すべてのレビューを参照します
Amazonプライム会員ならお急ぎ便、日時指定便が使い放題
さらに、映画もTV番組も見放題。200万曲が聴き放題 。クラウドに好きなだけ写真も保存可能。
> プライムを無料で試す