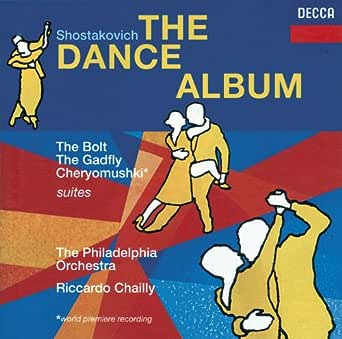 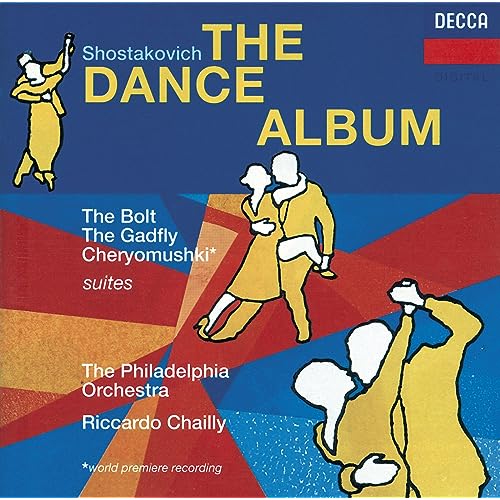 Richard
5つ星のうち5.0 A very good, actually, excelent recording.
2015年12月21日に英国でレビュー済み
Amazonで購入
As good as the other two in this series of three. For an older recording this is still up with the best, if you did not read the date you would think it was recorded very recently. Audio quality, realism and feel good factor make this and the other three well worth buying. Sounds very good on a expensive system.
続きを読む
4人のお客様がこれが役に立ったと考えています
役に立った
フィードバックを送信中...
フィードバックをお寄せいただきありがとうございます。
申し訳ありませんが、お客様の投票の記録に失敗しました。もう一度試してください。
違反を報告
レビュー を日本語に翻訳する

Jorge
5つ星のうち5.0 Shostakovich "The Entertainer"!
2016年8月11日にアメリカ合衆国でレビュー済み
Amazonで購入
"The quantity of sheer entertainment music that Shostakovich composed is enormous. This is a disc of music by Shostakovich the entertainer, who seems very far from the tormented, nail-biting, chain-smoking character we can hear in so much of his more 'serious' music. To get some perspective on how the 'serious' composer and the 'entertainer' co-existed, we might consider that when 'The Bolt' was produced Shostakovich was already working on 'Lady Macbeth of Mtsensk'; 'The Gadfly' was released between the premiers of the Tenth Symphony and the First Violin Concerto; and the composition of 'Cheryomushki' was bracketed by that of the Eleventh Symphony and the First Cello Concerto". With regard to 'The Gadfly' on this disc "this recording features thirteen of the score's most substantial numbers, preserving the music in its original form, and in the composer's original orchestration". (Andrew Huth from the album's program notes) I also agree with the other reviewer on these pages in commenting that the album cover for this disc is rather misleading and somewhat "flighty" belying the contents therein.
続きを読む
2人のお客様がこれが役に立ったと考えています
役に立った
フィードバックを送信中...
フィードバックをお寄せいただきありがとうございます。
申し訳ありませんが、お客様の投票の記録に失敗しました。もう一度試してください。
違反を報告
レビュー を日本語に翻訳する

T. Schmalz
5つ星のうち5.0 Chailly Blows Us Away, Again!
2007年9月21日にアメリカ合衆国でレビュー済み
Amazonで購入
After hearing many of Shostakovich's more famous works, his symphonies, for example, I was not expecting what I found within this CD. These pieces are so much fun to listen to! They're light, energetic, amusing and full of wonderful and unforgetable melodies.

Riccardo Chailly is well known as one of the great orchestra builders of the current generation, and his work with the Philadelphia Orchestra on this recording is absolutely no exception. I can't remember the last time this particular orchestra sounded so amazing. The sound on this CD is second to none; simply blows you away. The music is fun to listen to and is just fantastic.

Out of the hundreds of classical recordings in my library, the three CDs of Shostakovich's music with Chailly are amongst my very favorites. Well worth your money!

Santa Fe Listener
5つ星のうち4.0 Polished readings of music that is not as light-hearted as it seems
2011年8月15日にアメリカ合衆国でレビュー済み
Amazonで購入
because it was attached to Stalinist themes and emerged during years of suffering and terror, Shostakovich's light music has always been overlaid, for me, with a layer of gray ash, bitter in the mouth. His humor, when encountered in the symphonies, can be biting and satiric. For films and ballets he resorted to kind of straight-faced boisterousness that walks the line between vulgarity and a parody of vulgarity. There's a good deal of heavy-handed buffoonery, and only rarely do we encounter melody beauty or real joy. In a word, Shostakovich's comic world is one where I either squirm or cringe. One could easily be in the vapid world of Kabalevsky or Khachaturyan.

Critics seem to love Chailly's "Dance album without any such reservations, both here at Amazon and n the press. All the externals are in place. Chailly is no joker in his own right, but he manages to clown around energetically. Decc'as sound is full and natural; the Philadelphia Orch. plays like what it is, a world-class ensemble with an American flair for rhythm. Every attempt is made to keep us inside the circus tent, and if you don't know the worker's paradise and heroic-proletariat-versus-decade-bourgeois plots of the early ballets, there's no reason to come away with a bad taste in one's mouth. Twenty-three short numbers makes for listening fatigue, yet each suite is enjoyable on its own, from the two ballets The Bolt (1931) and The Gadfly (1955), along with the more charming and frivolous operetta Moscow-Cheryomushki (1959). To be fair, only The Bolt is overshadowed by Stalin, and the later music from The Gadfly strikes me as prime Shostakovich in terms of musical substance and sincerity - I imagine the composer felt freed up by a story set in 19th-century Italy, reflected beautifully in the famous "Romance" for solo violin and orchestra.

I can't bring myself to sit down again and listen to this album at one go, but that isn't a criticism of its quality, just the prevailing mood. For performances of The Bolt and The Gadfly that deliver more impact, I reach for Soviet-era recordings, which are suitably rough and raw.